In Focus
By Debbie Gin

For most of us, mentoring is a mixed bag. While we may have had rewarding and life-giving mentoring experiences, we also lament those mentoring experiences where expectations were not met and there was nothing new to be learned. Ineffective experiences can be avoided by tapping the expertise of a range of mentors, including reverse mentors, coaches, role models, and sponsors. Forming our crews can lead to important professional development, but we must be intentional. 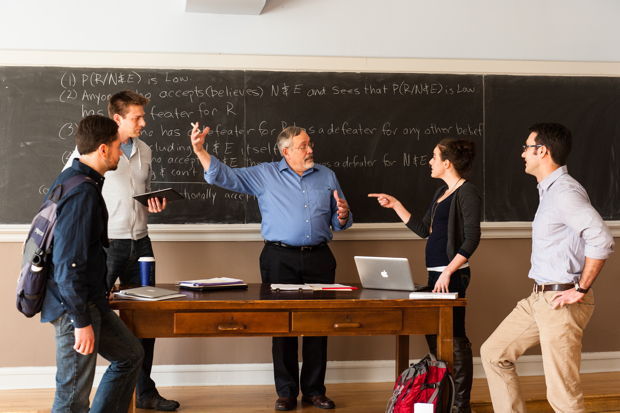 I tend not to think of mentoring in traditional ways: typically, a single, formal, unidirectional relationship where a protégée sits at the feet of, and uncritically absorbs life lessons from, the master. I prefer to think of mentoring as a network of relationships, a crew of experts, where not one mentor-mentee combination does, nor should be expected to, provide all learning and where there is great potential for mutual exchange, even when real power differentials exist.

Mentoring can be volunteer and intentional, where you seek out an individual and invite her or him to mentor you; it can materialize when someone seeks you out. Mentoring can be among colleagues, at a professional level, where there is an exchange of ideas, a kind of mutual mentoring; a close cousin is reverse mentorship, where there is mutual mentoring with someone who is much younger than you. Mentoring can occur as a result of working closely together on a common project; in such cases there might be an exchange of skills. I think of mentoring as incorporating a variety of resources: not just persons but also communities of mentoring or services/skill-building centers.

And while most mentoring relationships bring mentor and mentee together weekly or monthly, mentoring can take place when those involved see each other only once a year, say at a yearly convention.

Among the many mentors I have been privileged to have, I list a few here, each performing a different role in the crew, and labeled by the primary lesson I learned from each:

My first mentor is the executive director of a national organization. She opened my eyes to the reality of structural obstacles, introducing me to all the “isms” I would be likely to face. One such challenge is age-ism. As a petite Asian American woman with few wrinkles, I often wondered whether I was seen as too young to lead. I remember one setting where my mentor revealed her age — two years older than a well-respected white male colleague. I couldn’t believe my own internal reaction: my view of her and her potential to lead grew in that instant! (I, of course, had to repent of my sin of perpetuating that particular “ism.”) She helped me see the wisdom in telling people my age. She also helped me, an introvert, see the value in nurturing key relationships; I can hear her voice ringing, “Make sure you go to tea regularly with so-and-so.”

Mentor #2: Recognizing my worth

My next mentor, at the time of our relationship, was a high-ranking administrator of an institution of higher education. Stressing the meaning of professional significance and intrinsic human worth, she taught me never to devalue myself and helped me see I am worth the promotions and the raises I have pursued.

My third mentor was the dean’s administrative assistant at the time we interacted. She exemplified integrity, grace, and nonjudgmental, Christ-like character. I watched her from a distance, realized I wanted the same, and asked her to mentor me. In her position, she became a confidante to many, and she considered it a privileged role, treating information others shared with her in confidence as if they were her own secrets. Richard Rohr refers to integrity as having “to do with purifying our intentions” (Falling Upward, xv). This woman did not have an opportunistic bone in her body; every action she committed benefited the community. That’s what I wanted to learn from her.

Mentor #4: Recognizing that knowledge is power

We all know that knowledge is power, but what I didn’t realize is that knowledge can be a form of capital — until I learned this from my fourth mentor. A faculty colleague, he clued me into the value of intellectual capital and the realization that having knowledge and expertise helps you advance professionally. When I made the transition to faculty, he asked me two questions: (1) What do you plan to read? and (2) How do you plan to excel in your field?

Similar to recognizing expertise as capital, my fifth mentor helped me see the value in nurturing my networks as social capital. To me, an introvert, going to an organization’s social events ranks just above grading papers. But this faculty colleague from another institution coached me in the art of expanding my professional circle. I first met her at an ATS Women in Leadership event. We were standing in the lunch line when we introduced ourselves to each other. I proceeded to complain about how the Asians were only sitting with one another and boasted about how I, doing the multicultural thing, was sitting with African American women. It was then that she leaned in, gently chastising me: “Don’t burn those bridges with Asian American sisters; they will one day be your support network.”

These dear individuals comprise an important part of my mentoring crew, and I have expanded my view of leadership and personal agency because of them. I am grateful beyond measure for these and my other mentors, as they have played a critical role in my professional journey, whether they knew it or not.

Who makes up your crew? Where do you see mentors in your life? What lessons have they taught you?

Deborah H.C. Gin is director of research and faculty development at The Association of Theological Schools. Previously, she served as a faculty fellow in the Center for Teaching, Learning, and Assessment, and as associate professor of ministry at Azusa Pacific Seminary. She has also held positions as the director of diversity studies and director of the MA in Worship Leadership program at Azusa. She was the former director of Asian American Women on Leadership. She earned an MDiv from Haggard Graduate School of Theology, a master’s of music degree from the University of Southern California, and a PhD in higher education from Claremont Graduate University. She resides in Pittsburgh with her husband, Michael.

In social sciences, I’m often asked to explain the values motivating my research. How do I respond with the truth in an antagonistic setting?