In Focus
By Dorcas Cheng-Tozun

Social Justice for the Highly Sensitive 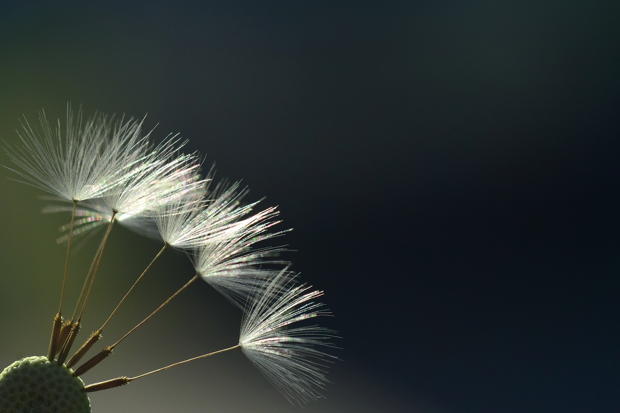 Sometimes, it feels like my life’s calling is slowly killing me.

By the end of my sophomore year in college, I was certain — more certain than I had ever been about anything — that God had created me to be an advocate for social justice. The fire I have for pursuing social good has burned bright and fierce since then, pulling me toward particular jobs, volunteer opportunities, and areas of study for the past two decades. I got a graduate degree in sociology, worked for a foundation, grassroots nonprofits, a government agency, and several international social enterprises.

However, during that time, I have burned out close to a dozen times. Two of those burnouts led to severe, debilitating depression that lasted for months. My chronic anxiety has only grown stronger with time. I have experienced trauma directly in my work, and secondary trauma from absorbing the pain of so many others.

Even as I cut back on my commitments over the years — primarily out of necessity — I remain perpetually exhausted and very aware of my physical and emotional limitations. I have questioned time and again if I am cut out for this kind of work. I have wondered if there was a different way to pursue social justice that better suited my temperament, one that didn’t involve such high stress, high stakes, and high conflict. Were there quieter ways of advancing equality, dignity, and opportunity for my fellow human beings?

The answer, I have learned recently, is a definitive yes. In academia and business, in labs and studios, behind desks and over coffee, across every sector imaginable—there have always been individuals who have advocated for justice that uniquely fit their gifts and personalities. Many of them, I would guess, share some characteristics with me, a highly sensitive person.

Around the same time I began my career, clinical psychologist and researcher Elaine Aron was introducing the world to a new personality trait: high sensitivity, or, in psychological parlance, sensory processing sensitivity. About 15-20% of the population, Dr. Aron found, is comprised of highly sensitive persons (HSPs). HSPs have more sensitive nervous systems that respond more to external stimuli than the rest of the population, making them more attuned to sensory input and details in their surroundings. They tend to be deeper processors and deeper feelers. HSPs also have higher levels of empathy and are extremely conscientious.

Social activism and social service are taxing for anyone, given the long hours, low pay, slow progress, and extensive emotional labor. As much as 50% of activists have reported experiencing burnout. There are similar burnout rates in the nonprofit sector, with around half of employees saying they have burned out or are on the edge of burnout.

In an already stressful area of work, highly sensitive people will feel that stress more acutely. They will, like me, agonize over every conflict and failure. They will be overwhelmed by the deep passions and strong opinions raging around them. They will be intensely hurt by careless words, callous rants, and cruel online trolls.

It feels so paradoxical sometimes. How could such a good calling seem so wrong for my personality?

The problem isn’t being highly sensitive. As Dr. Aron emphasizes in her seminal work, The Highly Sensitive Person: How to Thrive When the World Overwhelms You, sensory processing sensitivity is a neutral trait. In and of itself, it is neither good nor bad. The value judgments come from us and the cultures we occupy.

It turns out that many in the social activist community, no matter how well-meaning, are very judgmental of one another. Across issue areas and geographies, activists have cultivated a culture with impossibly high standards. They believe there are real activists and there are “slacktivists” — and you are categorized based on what you do, how much you do, and even your background and lived experiences. Within activist culture, social science researchers have found, there are consistent, persistent expectations of self-sacrifice and self-martyrdom; even considering self-care can be mocked and derided as evidence of limited commitment to a cause.

This narrow definition and impossible standard, which I call the Activist Ideal, makes social activism unsustainable for almost everyone. And it may discourage certain groups from engaging at all — including the highly sensitive.

But social movements throughout history have not been built only by loud, aggressive, and assertive warrior types. Social change does not come about only through rallies, protests, marches, or confrontational actions. Individuals of all temperaments and talents have contributed in meaningful ways: researchers and philosophers, mentors and administrators, educators and journalists, artists and engineers, and many more.

In the Civil Rights Movement alone, there were countless individuals who did not march but contributed in invaluable ways. Here are a few of them:

Librarians, theologians, teachers, actors, and researchers — the Civil Rights Movement was forever changed by them. And this holds true across issues and movements and generations. If you look more closely at the constellation of acts that lead to major social progress, you will consistently find people who do not fit the Activist Ideal but are nonetheless giving what they can uniquely give. They are usually on the margins, out of the spotlight, sometimes forgotten altogether — yet their efforts are critical, providing the scaffolding upon which social change is built.

It makes perfect sense that the work of the kingdom of God would reflect the beautiful, wondrous diversity of the people of God. As we seek to promote equity and human rights, we need to honor the creatively distinct ways that we each can contribute. Those of us called to this work need to begin by dropping narrow, unrealistic, and unhealthy expectations, and giving one another the grace to define what activism looks like in our own lives.

For me, that continues to be a winding path. Sometimes I can ignore or push back against others’ standards; other times, I still feel weighed down by them. But a closer look at history and the myriad of gifts, personalities, and efforts that have made our communities bend a bit more toward justice has helped me understand with certainty that my calling is no mistake. It is as much a part of me as my highly sensitive nature, and God’s desire is for me to embrace both.

If you are highly sensitive or empathic and are interested in contributing to Dorcas’s research for her book, please complete her 10-minute survey here.

Image by Ulleo on Pixabay.

This piece is related to Dorcas's forthcoming book (Spring 2023), Social Justice for the Sensitive Soul: How to Change the World in Quiet Ways by Dorcas Cheng-Tozun, with Broadleaf Books.
Tags:
justice