In Focus
By an anonymous graduate student 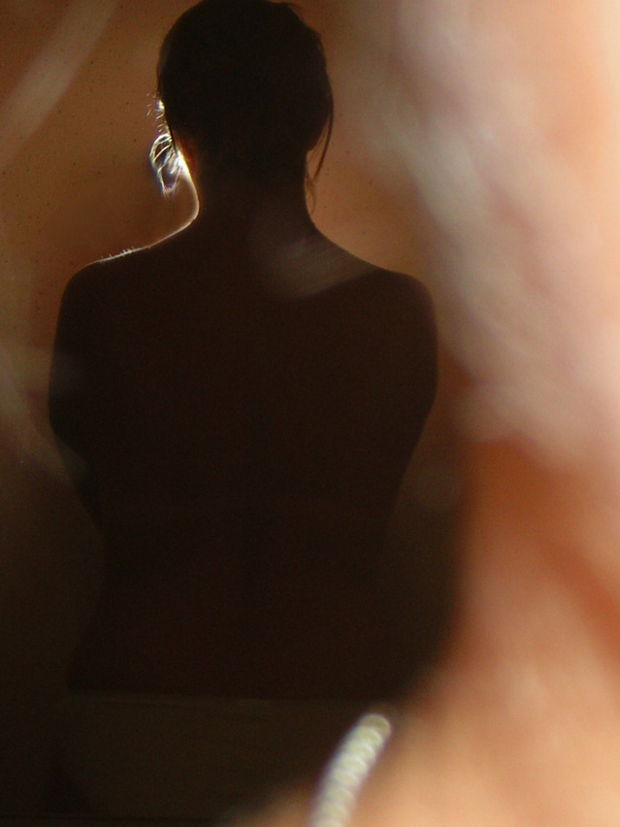 My adviser leaned toward me, frustrated and angry. “I don’t know how to make you care. I’ve tried everything. Why are you trying to make me look bad?”

The words distressed me. I did care, I was absolutely trying to succeed as a PhD student — and I certainly wasn’t trying to injure my adviser’s reputation. “I... I am trying. I do care,” I stammered weakly. I’d tried to defend myself in the past, but had received stern admonitions to accept responsibility and stop making excuses.

My adviser sniffed at my assertions.

I left her office, returning to my project, which involved replicating a set of experiments from the late 1970’s. The trouble was, my experiments were consistently failing. On top of that, my boyfriend of six months had recently broken up with me, and I’d totaled my car in May, leaving me begging rides or pulling all-nighters when I had to stay past the last bus. I was, in every way, weary and discouraged.

I’d joined the lab at the end of my first academic year, having enjoyed an exciting rotation with the adviser (my program required four rotations over the first year before permanently joining a lab). My adviser was newly hired and enthusiastic. She told me we’d get a small paper out by the end of summer — she had confidence in me. Never mind I’d had no significant undergrad research experience, anything was possible with enough hard work. I was willing to work hard, and I determined I’d justify her confidence in me and make her proud.

Somewhere between the sunny optimism of May and the muggy heat of July, my relationship with my adviser became toxic. As time passed, each experiment that failed, each mistake I made, was added to a running tally of my flaws. This mental tally was pulled out on a weekly to biweekly basis, frequently in front of my lab mates. I was mortified, humiliated, and terrified I’d fail out of grad school. I still loved science, but I was drowning in failure, and fear prevented me from thinking creatively.

In late summer, when I had nothing to show for my hard work, my adviser concluded I was purposefully tanking my experiments to humiliate her. No matter that my lab mate was having no better luck with her project, clearly in my case it was malicious. My adviser informed me that she was only keeping me on out of the great goodness of her heart, against the advice of other professors in the department — and, of course, this arrangement was contingent on me turning things around.

Not knowing what else to do, I followed the traditional recourse of beleaguered graduate students — I worked longer hours. Since I’d finally replaced my car, I had more flexibility, so I ran experiments for 10-14 hours a day and worked Saturdays and some Sundays. I hoped that if I worked more hours I’d eventually get experiments that worked, or at least I’d prove I was committed. Neither happened.

Meanwhile, my confusion and hurt turned on God. If he’d called me to graduate school, where was he? Why wasn’t he helping me? Why was he allowing my adviser to humiliate and threaten me?  As summer break ended, and my relationship with my adviser continued to worsen, I concluded God simply didn’t care about me personally. I was a pawn to be sacrificed for the greater good — perhaps the salvation of my lab mates at some future date. Disillusioned with praying for my experiments to work, I essentially stopped praying for my research. I still had my devotions daily. I kept a thankfulness list, with little enthusiasm. I went to church weekly and prayed daily. I simply didn’t ask God to bless my experiments. The silence hurt too much. And nothing changed.

The same desperation that drove me to long hours eventually brought me back to God in late September. I simply couldn’t manage on my own anymore, so even if he was capricious and incomprehensible, I concluded I had to play by his rules. His rules, as I understood them, mainly involved being okay with failing out of graduate school if he chose to not intervene. In exchange, failing out of grad school would be understood as being his fault, rather than mine. This was a deal I thought I could live with.

One evening, about a week after my decision to play by God’s rules, I went to a semi-deserted spot on campus to wait for an experiment to finish running so I could do a few final steps and go home. I was exhausted and discouraged — another experiment had failed and another long day was probably wasted. I cried as I prayed for God to decide things one way or another with graduate school, and I assumed God despised me for my tears (my adviser loathed tears).  Instead, a vision of Christ weeping came very suddenly to my mind. Somehow, I knew he was weeping for me, grieved at my grief. I was astonished. Tears in the eyes of Christ for my woes? Sympathy? Surprise became awed reverence and then repentance for how badly I had maligned my Savior’s character.

That night was the turning point. Armed with the knowledge that God was for and with me, I relaxed and began to creatively troubleshoot, leading to a positive trend in experimental results. With some positive results, my adviser became slightly nicer as well. I still worked very long hours, but I worked in hope and the confidence of God’s goodness.

I recognized that my relationship with my adviser was unlikely to improve substantially, but hoped to achieve enough success to tempt another adviser to take me on. I didn’t achieve as much as I’d hoped, but when my adviser situation came to a nasty climax about six weeks later, I decided to leave anyway. While my escape was somewhat messy, God was gracious, and I found a new home with a classmate’s adviser.

I had supposed that being free of my adviser, I would feel free. I did not. I knew theoretically that I was safe, but so many months of living in fear had wired my brain into a constant state of fight-or-flight readiness. Eventually I happened upon a news article about post-traumatic stress disorder and realized that my irrational fear was probably normal, as was the hypervigilance I experienced around my new adviser. I simply had to give myself time to heal.

It’s been three years now. My new adviser and I have developed a strong working relationship and she jokes that I’m too valuable for her to let me graduate. This spring, I passed my prelims, so nothing but research and dissertation-writing stand between me and my PhD. The grace of God has kept my love of research and my spirit intact, and I am confident I am in God’s will. I am also confident of his faithfulness and of his kindness. Nonetheless, emotional echoes of the past still occur occasionally. While they are painful, they are also precious reminders of my encounter with God’s goodness in the midst of brokenness and evil.

an anonymous graduate student
See other contributions by this author

How does one observe Advent while wrapping up a semester of grad school? Listen in as we chat with three women who take Advent seriously in the midst of their academic responsibilities.

My advisor treats me and my work with contempt and scorn. What can I do?