Another Problem of Christmas

I write about Christmas a lot, so I frequently find myself searching for a verse I know I saw in the story of the nativity. Unlike my Christian students, who, drawing on years of Awana, can spit back Book-Chapter-Verse at the mere mention of a phrase from the B-I-B-L-E, I — having read the Bible for the first time in my thirties, when I was already on the falling slope of the memorization peak — have to rely on concordances and Google and BibleGateway.com to find what I need and even then often end up going page by page through an entire book before I finally arrive where I know I’ve been in Scripture. 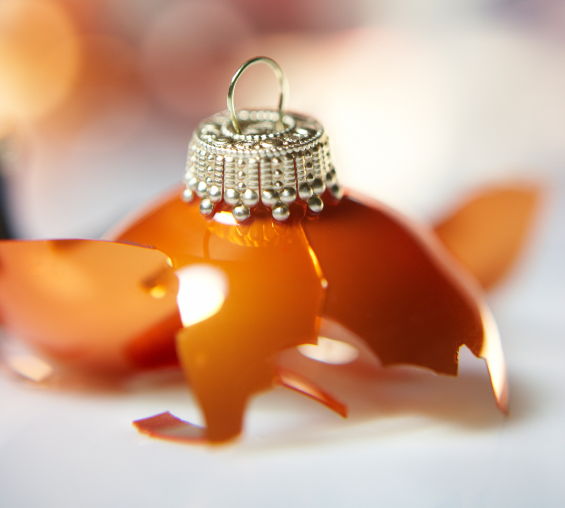 So, every year I leaf past a little set-in passage from Jeremiah quoted in Matthew’s account of Jesus’ birth:

A voice is heard in Ramah,
weeping and great mourning,
Rachel weeping for her children
and refusing to be comforted,
because they are no more. (2:18)

Ramah. What’s that? I ask myself as I speed past to the frankincense and myrrh. Then I zoom in for a closer look and am again surprised: Women weeping and mourning and refusing to be comforted? What’s that doing in there among the good news of great joy? And every year I have to remind myself again of Herod’s vicious jealousy after the magi’s visit that resulted in the murder of all the little boys he thought might be the King they were looking for.

Right on the cursed heel of the Christmas story — or right in the midst of it, for those who collapse the whole story to include the visit of the magi when Jesus was a toddler in with what happened on the night of his birth — this consideration not of the good news of great joy but the misery and loss that surrounded and preceded it. The Israelites’ repeated loss of a place to belong to. Their loss of their children in war after war. Their loss of God himself, who, as it must have seemed during those generations of suffering that preceded the coming of the Messiah, had forgotten all about them.

Where are you, Lord? the psalmists and prophets wail, and the word Ramah leaping out of the page before me sounds like a lament, echoing their plea.

What’s this Ramah business doing in the Christmas story? I wonder crankily, briefly, as I speed on to the happier verses.

All this to say that sadness and suffering seem incompatible with Christmas, so much so that I can hardly think about one in terms of the other. Even though I often read accounts of people with the Christmas blues. And even though, as the victim of crime once many years ago during the holiday season, I fight, on the anniversary of the crime, a yearly attack of post-traumatic stress symptoms that amount to just such weeping and mourning and refusal to be comforted. Indeed, for me and many others — those recently widowed or mourning a miscarriage or the loss of a child, for example, or those longing for a spouse or for some other reason lonely on this family-oriented holiday — sadness at Christmastime is often inescapable.

Today, I’d like to consider Ramah with a bit more reverence and attention. Matthew is quoting Jeremiah 31:15, an ominous verse in the midst of a passage full of promises emphatically from the Lord. (Jeremiah repeats words like “This is what the Lord says” or “declares the Lord” twenty-two times in Chapter 31’s thirty-eight verses.) “I will come to give rest to Israel,” the Lord promises (31:2). “I have loved you with an everlasting love” and “I will build you up again, and you, Virgin Israel, will be rebuilt” (31:3-4). Here’s one I especially like: “your work will be rewarded” (31:16). And how about this one: “there is hope for your descendants” (31:17)?

In this single chapter of Jeremiah, the Father promises his children a new covenant of forgiveness—“I will forgive their wickedness and will remember their sins no more” (31:34)—and he assures them, “I have surely heard Ephraim’s moaning. . . Is not Ephraim my dear son, the child in whom I delight?. . . my heart yearns for him; I have great compassion for him”(31:18, 20).

Listen to the joys God has planned for us:

Dancing! Joyful! Enjoying the wine, the fruit, the excitement of being with God! And there’s more. Hear it:

“They will come and shout for joy on the heights of Zion;
they will rejoice in the bounty of the Lord—
the grain, the new wine and the olive oil,
the young of the flocks and herds.
They will be like a well-watered garden,
and they will sorrow no more.
Then young women will dance and be glad,
young men and old as well.
I will turn their mourning into gladness;
I will give them comfort and joy instead of sorrow.” (31:12-13)

Joy! Rejoice! Wine! Dancing! Comfort! An end to sorrow! Gladness! In response, the Lord urges, we are to “Sing with joy for Jacob; shout for the foremost of the nations” (31:7).Our joy will be so full, so big, so complete, says the Lord,that there will no longer even be a need to spread the good news of it:

“No longer will they teach their neighbor,
or say to one another, ‘Know the Lord,’
because they will all know me,
from the least of them to the greatest,” declares the Lord. (31:34)

Right from the get-go as we enter the Christmas season, Ramah is a reminder to us, as it would have been to any Jews among the gospel writers’ original audience, that the coming of the Messiah is not going to be anything like what the Israelites expected and hoped for. The Advent of the Messiah, the good news of great joy, does not mean the end of sin or sorrow or suffering — at least not immediately. Indeed, it would occasion an increase in suffering for many believers in the generations that followed.

Jesus’ own circumstances at birth evidence this continuance of suffering. A very pregnant woman, perhaps already in the throes of labor, consigned to a barn to give birth. A manure-crusted feed trough for the newborn’s bassinet. From his earliest years Jesus was the victim of a death threat that turned his family into refugees. Where are you, Lord? had to have been often in the minds of Jesus’ own family as they moved from Bethlehem to Egypt and back to their hometown.

Rereading the Ramah passage this year resonated especially with an interview I recently heard on NPR with Hilary Mantel, the most recent winner, for the second time, of the United Kingdom’s highest honor for contemporary novelists, the Man Booker Prize for Fiction.

Perhaps it was the mixture of hope and pain in this woman’s earnest, compassionate-sounding voice — she sounds a lot like Mrs. Potts, the lovable animated teapot in Disney’s Beauty and the Beast — that moved me. Or perhaps it was simply the fact that her particular loss and hope resonated with my own from decades ago, before my advent as an adult believer. Mantel spoke about her most recent historical novel, the second in a series about Henry VIII’s reign, and her decades-long struggle with endometriosis, an unremitting menstrual flow for which there appeared to be no medical solution.

She’s just like that woman who, after twelve years of bleeding, touched the hem of Jesus’ garment and was healed — only she wasn’t healed. I thought as I listened to her tell it. And the yearning in her voice took on a new dimension.

Then she told the story of her loss of faith. When Terry Gross asked her why she had left her childhood religion as a twelve-year-old, she said simply, “I no longer had faith. I lost my belief in a day or two. Not just in Catholicism, but, in the whole thing.”

For many years she didn’t miss what Gross referred to as “that presence” because, as she said, “Other things came in to fill the gap.” But when Gross asked her if she still felt the same way, she responded, with heartrending hesitations and gaps of silence, “No, I don’t feel the same way now. Uh, I, I know, I envy people who have faith, and I think it’s possible I may regain it…”

Her words — her envy of those with faith, her hope in the possibility that she might regain hers — and the gaps between them and the raw longing in her voice at that moment captured exactly how I’d felt throughout my decades of atheism. Bereft but, somehow below and around the feeling of abandonment by God, hopeful. On some level, despite my conviction that it couldn’t be so, I hoped for the promises of the ancients to be true, for God to return.

Where are you, Lord? Mantel’s voice prayed its groan of a prayer, surely the prayer of those poor women at Ramah.

Christmas is a time not only to celebrate the promises fulfilled in the coming of the Messiah but to remember the loss and suffering — the almost hopeless hope — to which these promises respond. To consider that hope and, as those who have already received what has been promised, to rejoice all the more sincerely.

If you enjoyed this article, consider reading its companion: The Problem of Christmas.

The first of three original monologues exploring Christian vocation, what it means to bear the Word to the world.