In Focus
By Jen Pollock Michel

Be Careful What You Wish For: The Risks of Desire (Part I)

Disney's newly released film, Into the Woods, adapted from the musical by Stephen Sondheim and James Lapine, sounds an ominous warning: "Be careful what you wish for." The fairy tale characters, including Jack, Cinderella, Little Red Riding Hood, and the would-be parents of Rapunzel, learn the risks of wishing — and the dangers of desire. 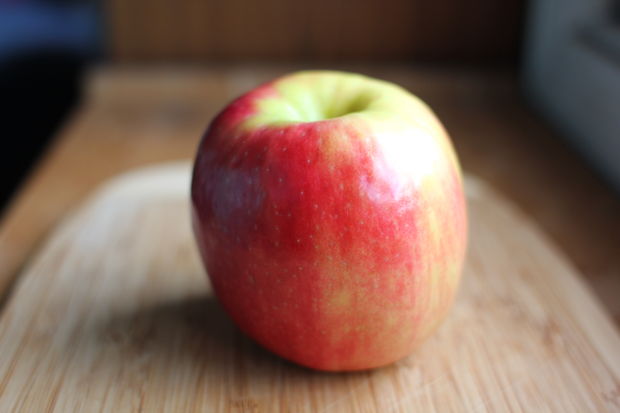 Is this a dangerous question? A curiosity better left alone? When Jesus was approached for help and healing, he often asked, "What do you want?" or, "What are you seeking?" or, "What do you want me to do for you?" Upon encountering the invalid beside the pool called Bethesda, Jesus asked, "Do you want to be healed?" (John 5:6). He didn't ask these questions to retrieve information he didn't have. And he wasn't in the business of wish fulfillment. Rather, his questions invited people to consider the risks and responsibilities of their desires.

In John 5, for example, Jesus' question exposes the invalid's contradicted desire to walk. "I have no one to put me in the pool when the water is stirred up, and while I am going, another steps down before me," (v. 7). The man had been unable to walk for 38 years and had so many ready-made excuses for being lame. Jesus' question obliges the man to consider both his fears and the necessity of his own participation in divine help. If he wants to walk, will he be willing to take up his mat? One question does so much good work — arguably far greater work than healing alone would have done.

There are indeed tremendous risks associated with naming our desires, and this article addresses three key risks. There are also responsibilities associated with desire, and Part II of this article addresses the "mats" we must carry as we name our desires. But the rewards of desire — not least a real encounter with the living God — are worth both the risks and responsibilities.

First, the risks of desire:

Risk #1: When I name my desires, I risk disappointment.

In the first chapter of 1 Samuel, we meet a woman at her most vulnerable. For years, she's been traveling to Jerusalem three times annually with her husband and his rival wife, Penninah. Year after year, Penninah travels with a swollen belly— or with a newborn baby in her arms. Their caravan grows. The children grow. But because God hasn't seen fit to answer her prayers for a son, Hannah remains childless, and her heart bitterly grieves her barrenness.

Still, despite the odds, Hannah prays. She begs God for a son and promises him to priestly service. Her prayers are so visceral, so guttural, that Eli, the priest, mistakes her for a drunken woman. And I can't help by wonder: what gave Hannah such courage to persist in the desire for a child? How did she keep risking the disappointment?

To name an aching, throbbing desire to God is to become inescapably vulnerable. What if he doesn't answer? What will that denial say of him? Of me? Can my faith sustain the questions I cannot answer, the defense of God I cannot make?

It can seem fair to avoid Jesus' curiosity, "What do you want?" And though sometimes we call our resignation “contentment,” in actual fact, it's often cowardice. We're simply afraid of jeopardizing faith and braving the real possibility of disappointment—of not getting what we want.

Peter's betrayal of Jesus has always sobered me. Though Peter had been persuaded of his love and loyalty for Jesus — "If I must die with you, I will not deny you!" — he did not understand his own capacity for betrayal. Like Peter, we all tend toward a naive optimism about ourselves.

However, when we examine our heart's desires, we begin to understand the depths of our own depravity. We can't subdue our desires. By nature, they are preconscious and instinctive. We don't wield the same control over our desires as we do our behaviors and beliefs. In this way, our longings tell the real truth about us. In the words of David, desire is like the "truth in the inward being" and the "wisdom of the secret heart." It's a self-revealing language.

Examining our desires then is a bit like weighing ourselves. In theory, we should want to be in good health. And if we need to lose weight in order to improve our health, we should be eager to step on the scale. Diagnosis is the first step, right? But in reality, we don't want the numbers. We prefer our ignorance. We're happiest to convince ourselves that everything is ok.

Examining desire is a risk: like the man lying by the pool of Bethseda, we might expose our contradictions and diagnose sin. What will I do when I see my greed? My lust? My desperate need for approval? We often find it easier to avoid the risk of these revelations.

Risk #3: When I identify my desires, I have to be willing to forsake the comforts of familiarity.

There's a little-known story in the Bible that deserves more attention. In 2 Kings 4, we are introduced to a wealthy woman in Shunem, who often hosts the prophet Elisha when he passes through town. The Shunammite woman is childless, and when the prophet wants to repay her kindness, his servant, Gehazi, suggests the gift of a son.

"No, my lord, O man of God; do not lie to your servant," she replies upon receiving the promise that within a year's time, she would conceive and bear a son (v. 16). But that son is given according to the promise. He dies in her arms years later.

The Shunammite woman blazes out of town to find Elisha. "Did I ask my lord for a son?" she asks. "Did I not say, 'Do not deceive me?" (v. 28). In the ancient world, a son was highly prized, and no doubt the Shunammite woman had spent years longing for a son to bear the family name. But as she and her husband grew older, the desire, like a flame, was extinguished by impossibilities. When Elisha promised a son, rekindling the desire was too painful. Though barrenness had been a grief to her, it has also become oddly familiar, perhaps even comforting. She had made peace with life as it had turned out, and returning to the desire for a child would upend all what had become safe and predicable about her world.

When we allow ourselves to want, we are allowing for the possibility that the script will change. And though that change might be favorable, we often feel safest with the known rather than risking the unknown. In other words, a familiar sorrow is easier than an uncertain joy.

These are three of the risks we confront when we begin giving ourselves permission to want, even to want from God. In my next post, we'll examine the responsibilities for carrying our desires to God.

Join us here for the second post in this series.
Tags:
calling & vocation | faith | spiritual formation