In Focus
By Margarita Mooney

Does Gender Matter in the Classroom?

The New York Times recently reported on a study conducted by researchers at Yale in which they found that when presented with identical resumes of two job candidates — one named John and one named Jennifer — both male and female professors in science and math more favorably evaluated the male candidate over the female candidate. This study indicates that, unfortunately, gender biases still matter in the education, and even more unfortunately, that women under-estimate the skills of other women relative to men. 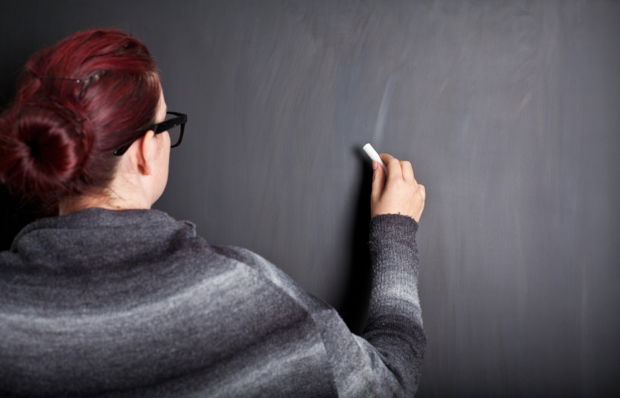 What about in the classroom? Do male and female students attribute less authority to female professors than male professors? In my experience, I have found that male students more often directly challenge my authority. Deborah Tannen, in her books You Just Don’t Understand: Men and Women in Conversation and Talking from Nine to Five: Women and Men at Work indicates that what people expect from leaders (frankness, decisiveness) often differs from what people expect from women (empathy, compromise).

Recently, I discussed male-female differences in the classroom with a group of students at my university, the University of North Carolina at Chapel Hill, and many of the things they said echoed themes from Tannen’s books. I knew that men speak up in class more than women, I was stunned when one young man told me he is more likely to speak up when he doesn’t know the answer than when he does know the answer. Talking when he is not sure he’s right is a way of showing status, he explained. Women, by contrast, only speak up in class when they are quite sure they are right.

Virtuous behavior lies in the mean of extremes such as these. Speaking up to show you know something you don’t is not helpful in the classroom. Not speaking up if you are even slightly unsure leads many bright students to not make valuable contributions. One way I get around these tendencies is to require students to write reading responses prior to coming to class. This practice reduces opportunities for talking-but-not-knowing-the-answer as well as opens up opportunities for quieter students to develop confidence in their arguments.

“I don’t want a male authority figure to see my problems, but I’m less worried about telling a woman my failings,” he explained.

His comment immediately reminded me of a student I had who I will call Joe. He was a lively, smart student in my sociology of religion class a few years ago, but suddenly didn’t show up for two weeks, even missing the midterm. When he returned to class and I asked why he had missed so much class, he explained that his brother had been killed by a drunk driver. He looked devastated and depressed and my heart broke for him.

I explained how he could make up the work he had missed for my class and then asked if he had spoken to his other professors. “I don’t know how to tell people what has happened,” he said. “I have never had to ask for an extension on anything. I don’t know what to do.”

“Joe, you must tell your professors what has happened,” I replied. “They will let you make up missed work, but you have to explain yourself.” I then immediately emailed the Dean of Students office, set up a meeting between an academic advisor and Joe so they could help him get back on track.

How could he be afraid to talk about his brother’s death, I wondered? I would have told the whole world what had happened to me. “Oh no,” one male student told me, “I would have done what he did — hide and bury my head. I wouldn’t know how to talk about something like that.”

Thanks to Deborah Tannen’s books, and thanks to many of my students and colleagues, I have come to know my strengths—and one of my strengths is related to my femininity: it’s easy for people to relate to me, which then means people will trust me and seek my advice. Once I have someone’s trust, then I trust they will see me with authority as well.

In summary, the equal dignity of men and women need not mean uniformity between the sexes. Building on a fundamental equality before the law and in each profession, men and women must each develop their personalities in their unique fashions. Women do have some things in common with other women that they do not share with men, and vice-versa; each individual person further also has his or her own unique characteristics. Learning about male-female differences has made me more aware of my feminine character strengths. I’ve also become more aware of how others perceive me and relate to me.

As one male colleague recently said, “You know, it took me a long to realize we need to do our work as ourselves, not like someone else would. You are very relational, you are a good networker, and it’s good to know that is your strength and build on it.”

We don’t discover our vocations in isolation but through interactions such as those I’ve described here. Although the expression of my femininity may vary across contexts, it is one part of the reality of any situation I find myself in. I’m more fulfilled as a person since I’ve stopped trying to imitate male leaders around me and embraced my feminine character as one of my strengths.

This article was originally posted at Margarita Mooney’s blog. Additional posts dealing with women and work can be found below: