In Focus
By Hillary Lum

In Focus: Considering the Call to be Childless

A reader of The Well raised the question “Is there a place for a Christian couple to make the decision not to have children?” The question of being childless by choice piqued my interest since my husband and I have considered not having kids as part of God’s plan for us as a family. Along with a few graduate school friends who are also thinking about this choice, we’ve experienced the absence of Christian role models and examples who have made this choice and lived it out. Even as we think, pray, and discern that God may be leading us toward things other than parenting, we face assumptions or even critique from those who see child-bearing as inevitable for any young, married couple. 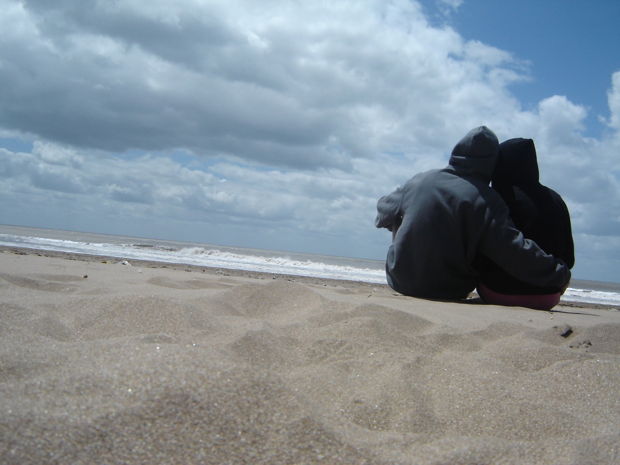 So, with a desire to begin a discussion, and hopefully provide support to couples who may be considering a similar path, I sought out two “guest” mentors, both women who believe they and their husbands were called to not have children, to share their perspectives and experiences related to this decision. [See Dear Mentor: Can a Christian couple choose to not have children? for the full written response of our guest mentors.]

John and Susan Bruch, a retired couple who served as faculty advisors for the undergraduate InterVarsity Christian Fellowship (IVCF) chapter at the University of California-Santa Barbara (UCSB) for over thirty years, made the deliberate choice, by God’s leading, to forego having children. Not unlike most couples in the 1960s, they assumed they would have children. However, due to unexpected changes in John’s position as a mathematics and engineering faculty member, they postponed having children for the first four years of marriage. Susan states, “It was at that point that we decided to have kids, but realized we needed to bring it before the Lord and not just go merrily along.”

The couple committed to several months of independent reflection about the question of having children. Susan shared that “seeking God’s will is a struggle, an exercise of surrender,” and was especially difficult because she needed to surrender her assumption that she would have kids so that she was free to hear what the Lord desired of them. When they both felt the Lord leading them not to have children, it became an exercise in trust. Susan had already chosen not to finish her doctoral studies in education at Stanford or to continue teaching so that she could be committed to her marriage. She did not have other specific reasons not to have kids. However, the Bruchs have known full confirmation from the Lord in their choice.

Especially when making a decision contrary to the common mold, Susan notes that people “need to be satisfied within themselves that this is God’s decision for them.” With that sense of peace, guidance, and fulfillment, the Bruchs have been fruitfully engaged in their community and ministry. John was asked and accepted the position to be the advisor of the IVCF chapter at UCSB. For more than thirty years, Susan notes, “we have had the freedom to dive into that experience, which has been very fulfilling. We have served as parent figures, role-modeling a marriage while also being transparent about what it takes to remain married, something especially needed as the American family structure has broken down in many ways.”

Former IV staffworkers Ruth Jeffries and her husband Paul prayerfully considered the option of not having kids for several years before and after they were married in the early 1980s. Ruth and Paul decided to wait until after they were married before making a permanent decision and agreed that they would be willing to accept a child if Ruth did become pregnant. Regarding their personal reasons for not having children, Ruth states, “I just wasn’t interested in having my own kids. We assume all women want children, but there are some women who don’t. It has never been my calling.” Ruth also had health concerns that gave her a realistic sense that she would not be able to provide the energy that children need. Paul was open to either having kids or not, and fully supported Ruth’s choice. Although they felt strongly about their decision, they faced some resistance. When they initially discussed their choice with both sets of parents, Ruth’s mother-in-law, an OB/Gyn nurse, even offered to pay for Ruth to see a psychiatrist.

Throughout their tenure in the academy, first as InterVarsity campus staffworkers in the 1980s, then in graduate school themselves (Ruth in Victorian Literature and Paul in Philosophy), and now for several years at small institutions where Paul has been on faculty, the Jeffries have had no regrets or feelings of absence in their lives. They have been blessed with several opportunities, including volunteering in the church nursery, regularly having international students live with them, and being a committed presence in the lives of their nieces and nephews. Through their involvement on college campuses, they have had opportunities to be influential in the lives of young adults at a time when students are often not open to their parents but are more open to their professors and other respected adults.

Even before personally choosing not to have kids, the Jeffries believed strongly in the validity of the wide range of reasons a couple can choose to be childless. The choice is often related to a combination of factors. Health-related reasons include chronic diseases affecting either spouse, older age at the time of marriage, and known genetic diseases that would place biological children at risk. Some couples choose not to have children based on a commitment to live simply and pursue a more equitable use of resources. Similarly, couples have embraced a sense of caring for a “global village,” seeing children as a shared responsibility that they participate in without having their own biological children. Others have a sense of calling to use their giftedness for specific ministry or vocational purposes that would be more difficult if they had children. In the same way, women who are following God’s leading to invest in their professions should not be negatively viewed as careerists after selfish gain. For unique, diverse, and personal reasons, couples may come to an understanding that the choice not to have children is a part of God’s larger plan for their lives.

Given the potential family, social, church, and cultural pressures that young couples face, Ruth and Susan are strong advocates of intentionally thinking, praying, and discerning God’s will regarding whether a couple should have children. It is a choice of extreme magnitude and permanence. Susan encourages couples to consider seriously whether they have the personality, lifestyle, and commitment to raise children in an increasingly anti-Christian world. As we desire to be thoughtful and faithful followers of Christ in whatever path we choose, we need to ask ourselves if we can do it well, whether in a specific profession, as a wife, as a mother, or in any other role.

Through my conversations with Susan and Ruth, I have been reminded of the freedom we have in Christ to ask, “Is God leading me to have children or not? What is the wise, loving, and just choice for me in this decision?” Ultimately, as we allow our choices to be informed by Scripture, the Holy Spirit, and appropriate relationships with others in the body of Christ, I believe we will be the vibrant, thoughtful followers of Christ that God created us to be.

Hillary Lum is currently a geriatric and palliative medicine fellow in Denver, CO. She received a BA in Biology from Northwestern University, Evanston, Illinois and her MD/PhD at the University of Wisconsin-Madison. With her husband, Ryan, she volunteered at a faith-based HIV/AIDS hospital in Jos, Nigeria in 2006. She completed her Internal Medicine residency in Pittsburgh, PA. Her interests are in understanding the health care needs that affect older adults at the end of life. She plans to be involved in community-oriented health services research to understand health disparities for this vulnerable population. She loves living simply, in community, and in the city (near mountains).

Dear Mentor: How do you handle dual careers and family?

How do I handle my own research work with a commuting spouse and family responsibilities?