In Focus
By Jenn Anderson

The Gift of Discipline

Today I ran on the treadmill instead of outside, because I had spent the daylight working up the nerve to actually run. So on this cold, dark, January evening, I picked up my running shoes, pulled on my snow boots, and trudged over to a nearby workout facility. Two years ago, you couldn’t have convinced me to take a ten minute walk on a warm, sunny day. God has changed me! 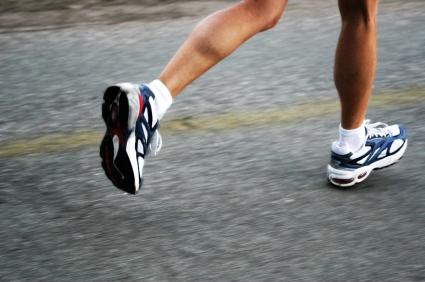 I’ve been running for about a year and a half now. I did the Couch to 5K program, because I was incredibly inactive, and I wanted to be in better shape. I wanted the fitness to really last this time. I wanted to be obedient to God’s call to care for my body: “Do you not know that your bodies are temples of the Holy Spirit, who is in you, whom you have received from God? You are not your own” (1 Cor. 6:19, NIV).

Not long after I started that simple running program, I realized a big secret about fitness. It’s not about how far or fast you go. It’s about moving your body around consistently. If you can do that, you’ll make progress.

God then started teaching me about consistency in other areas of my life. A loving marriage, for example, isn’t about huge romantic gestures that punctuate months of selfishness. It’s about the day-to-day things like doing the dishes or attentively listening to your spouse. An excellent academic career isn’t about one brilliant insight followed by months of mediocrity. It’s about meeting small goals like creating a lesson plan or editing a manuscript. A strong walk with God isn’t about exuberant joy at a retreat followed by months of distance from God. It’s about meeting with him each day to pray over my planner, saying a prayer for family and friends, and asking for his strength to navigate my days.

Completing the Couch to 5K program felt amazing! Crossing my first 5K finish line was an incredible experience. I was convinced that I had done everything right and was destined to never have a bad run or a bad race, to never hit that dreaded “wall.” And then I did. It was that same 5K race one year later. By that time, I had run other, longer distance races and felt ready. But on race day, I could barely keep myself moving. I felt like I couldn’t breathe. Tears streamed down my face for the better part of the race. And as I crossed that finish line, I felt utterly defeated. I felt like a failure.

That’s something I didn’t realize about discipline when God started teaching me about it. If you do something long enough and consistently enough, you’re going to experience failure. Not because you’re a failure, but because you aren’t perfect and life happens. Academic life shows us this side of discipline. If you stay an academic long enough, you’ll see your manuscripts torn to shreds or students complain about your teaching. Stay in a marriage long enough and you’ll see yourself become selfish with your time or stop connecting deeply with your spouse. Stick with God long enough, and you’ll see yourself crowding him out with a busy schedule or not sharing your faith when you’re around friends or co-workers. But the story of a Christ-follower never ends in failure.

I had a two hour drive back from that 5K, and I was alone. I cried for an hour before pulling into McDonald’s and scarfing down a super-sized value meal. Between the sobs and the saturated fat, I heard a little voice that whispered: “Quit running!” That little voice continued, “I knew you wouldn’t be strong enough to stay on track forever, that you would eventually run out of steam. Next time you’ll know not to even start something so ambitious. You know you’ll fail.”

And that little lying voice did speak some truth: We do always eventually fail. None of us can do something perfectly every time. But the beauty of life in Christ is that in many ways, it begins with failure, but moves quickly to forgiveness. Part of becoming a Christian is acknowledging our failures and asking for forgiveness in Christ. And part of becoming a mature Christian is acknowledging failures and asking for God’s forgiveness consistently. And because he forgives us, we have the ability to forgive ourselves.

It’s been a few months since that disastrous 5K, and I’ve slowly eased back into running. I’ve set a new goal for myself: to run a marathon. This takes a level of discipline I never thought I’d possess, and it’s revealing new lessons about discipline every day. Just today, I challenged myself to run faster than usual and learned that challenge keeps discipline dynamic.

Before God started teaching me about discipline, I thought it meant being boring or constantly chastised by God. I thought it meant giving up creativity and freedom. But it means the opposite. Now that I am working at developing a consistent commitment to things like running, working, marriage, and faith, it has opened up new levels of engagement and challenge that I could have never discovered without discipline. My body, my mind, my relationship with my husband, and my relationship with God have been slowly built up through discipline and they are now ready to be challenged, strengthened, and transformed.

Embracing discipline has allowed me to reach new heights in work, relationships, health, and faith. It is indeed a gift.

Jenn Anderson is a third-year doctoral student in the Michigan State University Communication Department. Her teaching and research focus on how people talk about health and how to design persuasive health campaigns. Jenn became a Christian her freshman year of college, through the Baptist Student Union, and has been seeking God within the context of academia ever since. She and her husband have two wonderful mutts.

Is what you’ve done good enough? What do you do when you feel all your hard work has been for nothing?