In Focus
By Kathy Khang

The Gift of Vitamin L

This is the time of the year when I absolutely cannot wait for spring. Earth-tones during a Midwest winter are ugly, and if it weren’t for the kids, the jobs, the housekeeping — and my medication — I would more easily succumb to the numbness and weariness.

I struggle with anxiety and clinical depression, and I take Vitamin L — Lexapro to be exact — to treat it. It’s been almost three years since I decided enough was enough. I was tired of being tired. Tired of being sad. Tired of always feeling on edge about almost anything. Tired of feeling like winter never ended, even when it was hot and sunny. 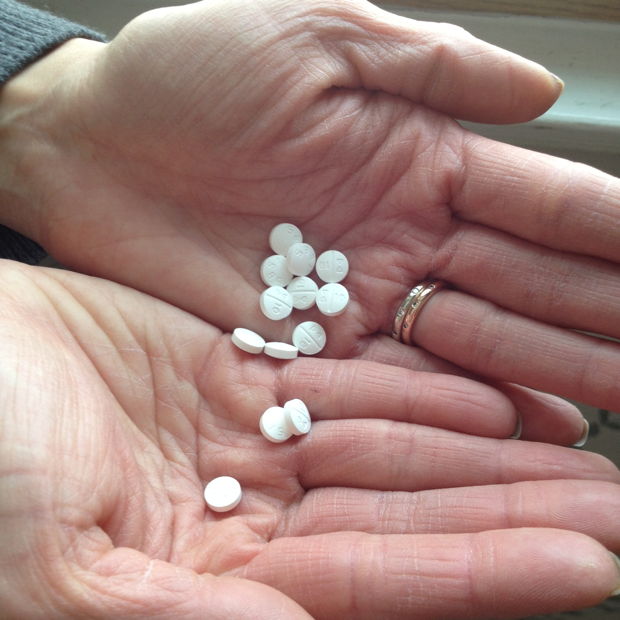 Three years ago, I finally sought out the help I needed all along and took some concrete steps in overcoming depression and the cultural stigma mental health issues carry within the Asian American, American, and Christian cultures.
I don’t know about you, but I grew up being taught directly and indirectly that suffering was part of life and dealing with suffering meant swallowing it, or sometimes ignoring it whole.
Tracey Gee in More Than Serving Tea writes:

In the Asian worldview, suffering is simply an assumed part of the way the world is. Sickness, disease and famine are accepted as a natural part of life. In contrast, the American worldview sees suffering as an abnormal state.

In many ways, I suspect what we saw in Japan and how the Japanese reacted to the earthquake and tsunami in 2011 was the Asian worldview playing out in real time. I recall hearing news reporters almost gushing over how the Japanese would stand in line waiting patiently for emergency supplies. Other reports mentioned how there were no reports of looting despite the crushing need for food and water. No one person’s need to overcome the suffering was greater than another’s. The nation collectively swallowed suffering, saved face, upheld harmony and moved forward.
Reporters, in trying to draw a contrast, would allude to the perceived and actual chaos and looting that followed disasters here in America. But what 30-second television spots didn’t go into is that our worldview here in America is different. “How could this happen in America?” was a phrase oft repeated as images of looting, devastation, scarcity, and suffering flashed on our screens in the aftermath of Hurricane Katrina.
So growing up, I was a bit confused about suffering. My church upbringing addressed suffering as being temporary because one day all our tears would be washed away. I believe that, but what was missing was the need to address the present tears and the sadness that haunted me. There weren’t enough church retreats, revival nights, youth group meetings, prayer meetings, and praise nights to string together to keep me from the depression and anxiety in my younger years.
I prayed. Sometimes I would pray for the ability to endure the sadness and suffering. Other times I would pray that it would all just go away.  But when prayers failed to act like a holy vending machine, I realized I couldn’t “Christian” my way out of what was going on emotionally and mentally.
Too bad it took so long to learn that lesson, but it’s been learned. I’ll probably have to learn it again sometime soon.
Anyway, three years ago — when I first went on Lexapro — I thought about writing about it because the other reality is that Asian American young women have the highest rate of depression of any racial/ethnic or gender group. While I technically no longer fit the “young women” category, I am the grown-up part of that demographic. Depressed Asian American young women don’t necessarily grow out of their depression any more than I could pray my way out of clinical depression.
But where can we talk about this? Despite commercials and advertisements for antidepressants attempting to depict treatment, it’s never really that easy. I hesitated for years to seek medical help because health insurance, drug coverage, and pre-existing conditions are things that the grown-up me worried about. It felt terribly awkward and vulnerable to ask friends if they had any recommendations for therapists.
Even on the internet (where everything is true), I read about different drugs and their side-effects, and there were great on-line threads with running commentary about weight gain on antidepressants. But I wondered if there would be a real-life community for me to talk about this journey. And ultimately, I figured if I wasn’t suicidal I could suck it up, and I did for a long time.
Standing in my kitchen three years ago, crying and feeling like the world was too heavy and utterly overwhelming — that forced the issue. I didn’t want to enter into my 40s swallowing that kind of suffering. I didn’t want to be a statistic. I didn’t want untreated depression to be a legacy I passed on to my daughter (and sons). I didn’t want my family to remember me as smiling but never joyful.
I picked up the phone and made an appointment. I had the prescription filled right away, and I endured the transitional 4-6 weeks of nausea, dry mouth, drowsiness, restlessness, etc. for the drug to help my brain chemistry re-set. I slowly shared with friends about my Vitamin L and I am finding that I am not alone. Asian American young women may have the highest rate of depression, but they don’t have to go untreated. We just never talked about it. Christians get depressed and may even have clinical depression, but we don’t have to hide it as if it were a sin. Depression isn’t a sin.
So where can we talk about depression, swallowing suffering, avoiding pain, and seeking help? I suppose we can talk about it right here if you want and if you’re willing.
Tags:
race | STEM | suffering