I walk in, a few minutes late, and am quietly directed through the church kitchen, into the nondescript meeting space. Beige cement block walls, metal folding chairs, and collapsible tables — staples of church basements everywhere. I scoop up some chicken pot pie from an aluminum pan and find a free seat while a woman speaks softly behind a small podium.

The woman thanks the group for their friendship. She speaks of the gifts of food, of a candlelight vigil, of a supportive small group with others like her. As she speaks, I realize that this woman has lost a son to gun violence.

The group founder embraces the speaker as she steps away from the podium. Later, another woman, this one with a limp, is invited up and tells a similar story. She states simply that her desire for revenge in the face of the loss of her son was great, and that she probably would have ended up in jail without the support of this group.

About forty people are seated, men and women, black and white, from the urban city center and the suburbs. It’s striking to me that though probably only a few in the room have been directly touched by violence, everyone here cares. Others speak and announcements are made, but soon the monthly meeting is over, and chairs tables are folded away.

I was with a group of fifteen spending an afternoon in Durham, North Carolina, as a part of this year’s Christian and Community Development Association’s national conference. I had signed up at the last minute for an afternoon tour that would include the tobacco and civil rights history of the city. I knew lunch would be included with a local group but had skimmed over the details. That September day in Durham, we saw abandoned tobacco factories, lunch counters where sit-ins had been staged, and plenty of art deco architecture. But what I remember most clearly is those two women. 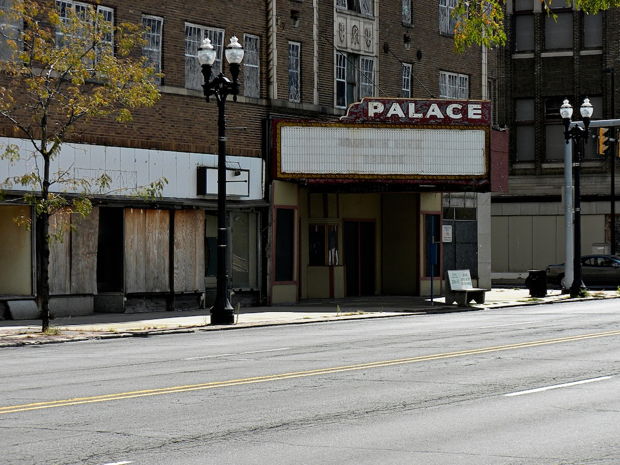 Blessed are the prospering?

I’ve been reading lately about gifts in Lewis Hyde’s The Gift: Creativity and the Artist in the Modern World. Hyde, comparing gifts and commodities writes, “If the commodity moves to turn a profit, where does the gift move? The gift moves toward the empty place.” p.29.

Commodities are to be invested. We expect a return, and there’s not much relationship involved. The language of commodities permeates our culture. As church communities, we invest in people and causes. We market our ministries to meet the felt needs of our communities. We use our resources. We expect returns on our service and giving. The language of investment spills over into how I think about my time, treasure, and talent. They become finite resources to be invested, to be used.

Gifts are different. Within our communities of family of friends, gifts move naturally towards need and want. We give because we see an emptiness, because there’s an emergency. Our gifts within community are often given without much forethought, motivated by our love and concern for others. We do what needs to be done without calculating a return on our investment.

Blessed are the poor

In a world where our language of market economy spills over into most areas of our lives, the language of gift strikes me as true and necessary. The language of investment often fails in the face of overwhelming tragedy or suffering, whether it’s the cycle of generational poverty or the violence in an urban center. These are situations where a one-time investment makes little or no difference, where positive results of investment are long in coming. These are places where we may not have any relationships in place, where the need is distant, and where a one-time gift of money is the best we can offer. And even then we wonder if it does any good, or if it’s better to invest elsewhere, in a community more ripe for growth.

I wonder if our gifts move to the empty places. I wonder if our paradigm of giving is in line with Jesus’ words of tunics and food, with his choices of who to hang out with, and with his words of warning to the rich. Do our gifts move toward emptiness? Do our church communities reflect Jesus’ preference for the poor, the broken, the marginalized? Do we avoid the broken places?

On social media, I see a stream of judgment against the poor. It’s all too easy to judge those who have little for their life choices. In the Old Testament there’s a recognition that systems and structures can harm people. The prophets speak out against these systems, to those who would exploit and gain from them. I’m sure some of the poor in Jesus’s day made poor life choices, but Jesus’s harshest words were not to them, they were to the rich and powerful.

I do see gift-giving in the church. I see generosity without expectation of return in the Celebrating Recovery group that meets weekly for those moving out of addiction, in ministries to the physically and mentally handicapped, to the sick and hospitalized, to the home-bound.

I saw it in Durham. The group hosting the monthly luncheon was the Religious Coalition for a Non-Violent Durham. Durham has about thirty homicide victims a year. The coalition volunteers step into the dark and empty places of the city with prayer vigils for homicide victims, food to mourning families, a small group for those who have lost loved ones. Faith groups come alongside people leaving incarceration to walk with them, providing friendship and support. They’ve been doing this since the 1990s.

And as the weather turns, as I think of the tree and the lights and the gifts that will be given this Christmas, I pray that we may we have eyes to see the empty places. May some of our gifts move out and expand our communities to include the broken and the empty.

What steps can we take to participate in bringing healing to our communities? Listen in on our interview with Grace Ji-Sun Kim, co-author of Healing Our Broken Humanity, as we discuss the spiritual disciplines that can lead us through pain into wholeness.