One spring day in my eighteenth year, I received a letter framed by the words “Regretfully. . . Sincerely.” Between those words came the news that I would not attend the college of my dreams.

I refolded the letter in my trembling hands, knelt beside my bed, and wept.

This wasn’t supposed to happen. I was valedictorian of my high school class. I had great entrance exam scores, leadership experience, every honor available in my high school from sports to drama to music, and I radiated all those nice qualities any college should want.

It would not be the last time I got a no from God. There would be job applications that fell through and directions in life I never expected. Just this year my high school tears came flooding back when I received another letter framed with “Regrettably . . . Sincerely,” this time from my top choice for graduate school. Sooner or later, if we ask anything of God at all, we join the long list of people who hear no. That list is not just people making terrible or disobedient plans. Instead it includes people like David, who got a no when he tried to honor God by building a temple. Even Jesus got a no when he asked God to take away the cup of suffering he would bear. We want God to give us specific promises like, “Sure, I’ll get you into that academic program or job or home or relationship.” We want God’s promise of “Never will I leave you, never will I forsake you” to be followed by “Never will I deny you anything.” But no, those words just come alongside “Be content with what you have” (Hebrews 13:5). How then, should we respond when our dreams lie dying limply in our hands, bare roots dangling in thin air?

Shut the Door on Bitterness

My seven-year-old daughter recently lost a game of Monopoly Junior to her younger brother. “I won,” he said simply as he gathered the paper money into piles. There was nothing gloating in the way he said it, he simply stated a true fact. My daughter burst into tears. “Make him stop!” she shouted. “He’s being mean. He’s hurting my feelings!” I held her in my arms and corrected her. “Your feelings are hurt,” I said. “But he isn’t the one hurting your feelings. Your feelings are just hurt because you didn’t win. It’s nobody’s fault. That’s just the way the game turned out.”

If we live long enough, even we valedictorians and perfectionists are going to lose some games. It will hurt. It doesn’t help to blame the winners though, or the dice, or the rules of the game. So my daughter snuggled up in my arms and cried. After a couple minutes I peeled her away and said, “Okay, time to help pick up the game.” She’s the kind of child who can cry all afternoon over a lost game. It breaks my heart to see her wallowing in self-pity over something so small as a Monopoly game lost when there are so many better ways to spend an afternoon.

There are better ways to spend our days, too, but we miss them when we linger in self-pity. When I found myself tempted to wallow there recently, I recalled a conversation with a friend. A flirtatious and handsome young man had been tempting her with his sweet attention during a tough time in her own marriage. “I need to shut the door in his face!” she declared.

We need to shut the door in the face of self-pity and bitterness, the flirtatious would-be adulterer of our souls. Rather than turn our back on God when his no could shake up our relationship, we need to cling to him all the more.

Looking back, I have no doubt that each time I have heard a no in life, it has not been rotten luck. God knows well what happens in our lives, and when it comes to making plans, he’s on it.

“When God closes a door, he opens a window,” says Maria in The Sound of Music. When that letter turned me down from my first-choice college, God was swerving me onto better plans. I attended a different university, met my husband, switched majors, took courses not possible anywhere else, and graduated debt-free, able to pursue years of volunteer work. Looking back, I know God was sending me out a different window. 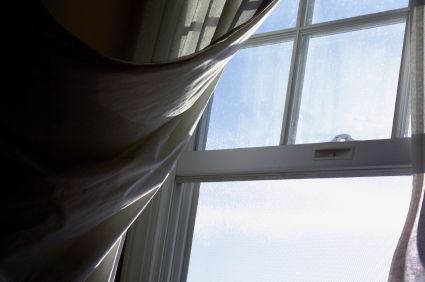 In the midst of a big no from God, though, few people enjoy hearing, “Well, I’m sure God has another plan.” It sure doesn’t always feel like it. Some seasons are just hard.

Odds are, you know someone whose life feels like this — someone jobless, stuck in a meaningless, dull job, trying to have children, hoping for a spouse, waiting for whatever crucial piece of the puzzle would allow them to move on. I know one couple that experienced a long season like this. For over two years the husband went jobless and the wife worked over sixty hours a week in two jobs to pay their bills and help finance an international project they had committed to support. They put having children on hold. He filled out applications, endured many interviews through months of waiting only to hear rejections. Their life became one very long cooped-up winter with no Christmas, waiting for a thaw when things could start moving and growing again.

I have come to love the phrase about God opening a window because it leaves the purpose of the window ambiguous. Sure, sometimes we crawl out a window. Other times the exit doesn’t open for a very long time. That’s when from inside your little prison-like room, God opens a window just to let in the light.

Smack in the middle of the book of Lamentations, Jeremiah inserted some of the most beautiful poetry in the Bible. The whole book is carefully crafted with the heart of the poem, the nugget of purpose, set in the center. All through the first half of the poem Jeremiah wails and moans over the destruction of Israel. You can’t blame him for wailing. He is watching mothers eating their babies, the brightest of his people taken into exile, hundreds and thousands killed, the holy temple of God destroyed. He had pleaded with these people to turn from evil and be spared from the coming wrath, and they failed. He got nothing of the future he had hoped for and spent his life fighting for. In the center of this lament poem, as the point behind it all, he writes this:

“My soul is downcast within me.
Yet this I call to mind, and therefore I have hope:
Because of the Lord’s great love we are not consumed,
for his compassions never fail.
They are new every morning.
Great is your faithfulness.” (Lamentations 3:20–23).

I read this after my latest rejection letter and made up my mind to start counting compassions. If they are indeed new every morning, in every day I should be able to find at least one bit of evidence of God’s faithfulness. My list has not stopped growing.