How I Became Post-Ac, and How God Loves Me Anyway

Thirteen years ago, I was sitting with my advisor and a group of his other students at his house, drinking tea and discussing a peer-reviewed article, both activities his troop of advisees participated in every month.

I said, “We won’t all be professors.”  (I had come to graduate school already holding a library science degree, and planned to take myself and my PhD back into that career path when I graduated.) 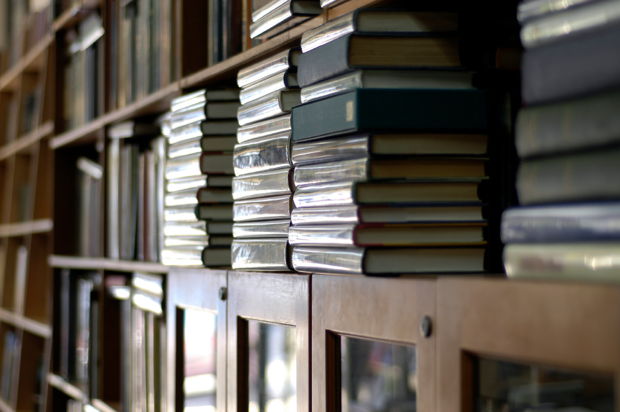 Eleven years ago, I took my not-quite-completed PhD in American religious history halfway across the country to take up a position at a library with a well-known religion collection. The job description asked for a librarian with a PhD, preferably in American religious history. I was close to a major city with all its cultural and culinary opportunities. I was newly married to a fellow doctoral student, writing my dissertation — a frustrating but also profoundly focusing experience — and happy. A career of book collecting and journal-article writing, conference attending and quietly changing the world through academic excellence stretched before me. I was sure I knew what God wanted. All I had to do was keep going forward.

Nine years ago, my husband, myself, the child I was at that moment seven months pregnant with, and our two PhDs flew across the country again, this time following the siren call of a tenure-track position for my husband, to a small Christian college in the Midwest. He had searched for jobs in the area where I was working without success, and this position — while it took us away from the culinary delights of the East Coast — took us closer to family and old friends, seemingly providential at a moment when we were expecting our first child.

From the office with the beautiful built-in shelves for my thousand books, the endless rounds of conferences and meetings, the marvelous ethnic restaurants and museums almost literally in my backyard, and the feeling that I had rather prematurely arrived at an influential spot in not one but two professions — academia and librarianship — I now gazed out at the tree in my front yard, fought morning sickness, washed dishes, and wondered. Had I made the right choice? What would happen when I tried to get back on the academic hamster wheel?

Slowly, in the middle of a frozen prairie, we built a life. I began to teach, letting my three-month-old happily rock in her father’s arms during one of his office hours so I could instruct twenty-five wiggly freshmen in the intricacies of Western Civ II. Online education was just beginning to gain traction then, and a course here and a course there eventually turned into a full teaching load every semester for me — four classes most semesters, summers included. I went five years without a break longer than a week between classes. The classes were spread among five different institutions with various schedules, registrars, and plagiarism policies.

Nevertheless, through my computer screen, as I sat in the campus computer lab day after day, often with my daughter playing at my feet, I knew that I touched students. Most of my courses were for people at theological seminaries, teaching them about the riches of church history. I talked about how the Christian tradition, far from being dry as dust or hopelessly irrelevant, was the story of their brothers and sisters in the faith. Many of them told me that my courses had helped change their view of history and, sometimes, their lives. They took the lesson plans I had assigned them to write about heroes of the faith and tried them out in their churches. They reported back to me that their youth groups had mobilized for social justice and their study groups had taken Holy Communion together. And I was happy.

Three years ago, three weeks after I found out that we were going to have a second child to join the thriving, artistic, verbal kindergartner who had grown up thinking she owned our college campus, the Great Recession came to roost at the door of our small Christian institution. My husband was the generalist in his department. The department needed to be shrunk by one person, said the bean-counters in high places. The ax fell.

While I had been speaking about the Eucharist in cyberspace, my husband had not been idle. He too had been in ministry. Shortly after our arrival in our new home he had mentioned he “might like to have a few people over to play board games every so often, and be hospitable to my classes.” We invited a few of his students. They brought their friends. They brought Settlers of Catan. They brought questions, doubts, relationship struggles, jokes, stories, and sometimes pie. Women in particular brought their frustrations with being geeks and scholars at an evangelical college. Someone jokingly named our gatherings “salons” after the places in eighteenth-century France where revolutions were born. The name stuck. A community grew.

Now, with one stroke of a pen in an upstairs office, we were severed from the heart of this pulsing common life. We were severed from the rolling green quad which our daughter thought was her second home, and from the frozen prairie where (believe it or not) we had even found some decent restaurants.  We were cast out on an academic sea. 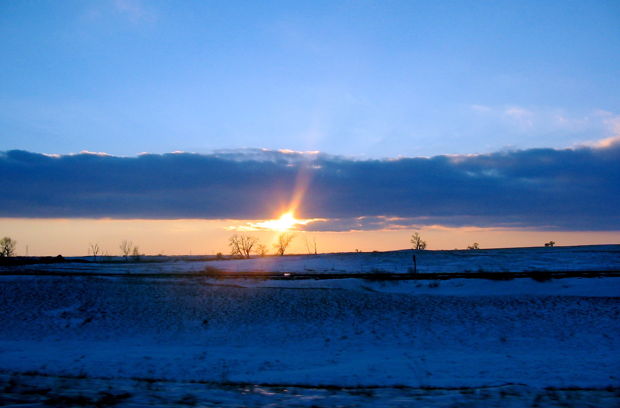 Conferences are wonderful places of networking and fellowship, but you can’t attend them on an adjunct’s salary. Journal articles are great things to advance your career, but you can’t write them when you are teaching a total of nine classes between two people in one semester, with a newborn in the bargain. Christian colleges can be warm and welcoming communities, but there is still a door between “inside” and “outside.” The door slammed.

All along the way I had been writing the odd article for a magazine devoted to bringing Christian history to laypeople, in vivid and readable ways that were based in solid scholarship. I had written my first article for them over ten years previously, in the office with the shelves for the thousand books. It was some good extra money, and in ways I did not even realize, it broadened my calling. As I was keeping faith with academia, I was all along keeping faith with a desire never to let academia define me, but always to be ready to tell the story of who Christians have been to a wider audience. I kept writing for the magazine through all the other changes. I even guest-edited an issue, as the editor was a friend of mine from grad school. In a great irony, he had been present in the room when my advisor said that not all of us would be professors, all those long years ago.

One morning he emailed me. ”I’m too busy to do this anymore,” he said. “How would you like to edit a magazine?”

At the same time, my husband, on his own path to see who he was when academia did not define him, had been reading books about chickens and crops, goats and beans. The local-food movement had attracted us some time before; we got eggs from a neighbor and had a backyard garden. Now we had no tenure-track jobs, but we had a backyard garden, two children, hundreds of friends, God, and a magazine.

I write this looking out a window over eight acres belonging to my in-laws. I have edited four issues of Christian History since I got that email. I can’t tell you how much garlic my husband has planted. My older daughter, now seven, has a bow and arrow and a cat and garden boots and thinks she is the modern incarnation of Laura Ingalls Wilder (or Lucy Pevensie). My younger daughter is almost two. She loves helping her grandpa load the dishwasher, but she will never remember she lived on the frozen prairie at the Christian college, or the hundreds of friends. I wish that could be otherwise. But I can’t help that.

I found out recently that there is actually a name for people like me, who climbed or got thrown off the academic hamster wheel and found that the wheel keeps spinning and it’s hard to get back on, in this economy, in this cultural climate, in this atmosphere of bureaucratic meritocracy where he (or she) who abides by the most rubrics wins. There are “alt-academics": people who have sought careers outside of tenure-track-land where their PhDs are useful and who hope they might get back on the wheel someday. Maybe they keep adjuncting a bit to keep their hand in. And there are “post-acs,” who have decided they’ll just let the wheel keep spinning and, perhaps, plant garlic. Both alt-ac and post-ac are honorable callings. Neither of them are what they tell you in graduate school that your life will look like. Or at least, neither of them are stories anyone told me. 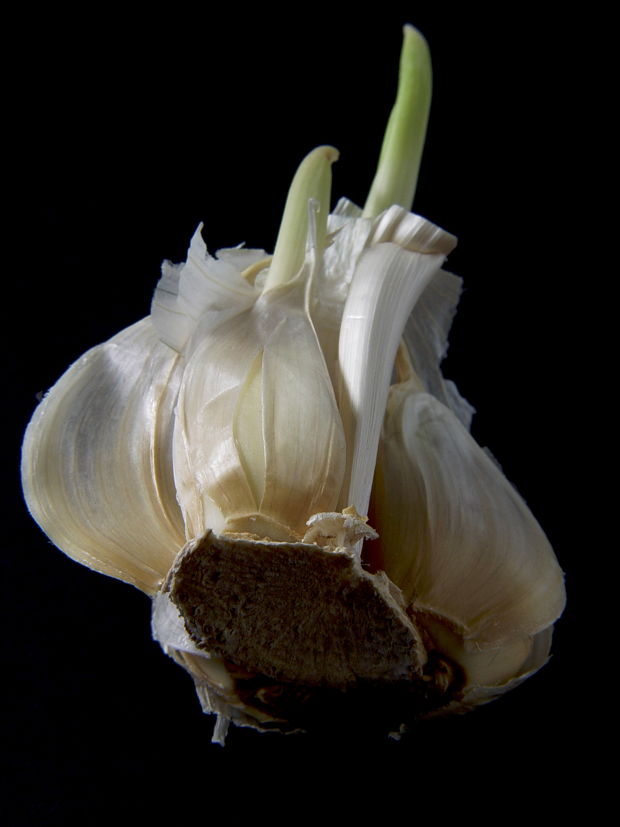 Last year I went to an academic conference. I turned in my name for my nametag and listed my affiliation as “Christian History Magazine.”

I got an email from the conference organizers. “Could you confirm your academic affiliation?”

I wrote back, repeating my magazine job as my affiliation — the place, a thousand miles and countless years and heartaches from where I started, where God has called me; the place where I daily touch many lives with the story that God works in history.

When I got to the conference, my nametag was blank.

Not all of you will be professors. And that’s OK, too.

There is world-changing work yet to do.

Dear Mentor: How do you handle dual careers and family?

How do I handle my own research work with a commuting spouse and family responsibilities?

Dorcas Cheng-Tozun shares her thoughts on building a strong marriage in the midst of a demanding life calling.

Professor Deborah Haarsma shares some of her favorite astronomy photos and considers what they reveal to her as a Christian.