In Focus
By Rachel McLaughlin

Nestled on the edge of the Great Rift Valley next to what some have called the “Dark Heart of Africa” lies the tiny country of Burundi. Unlike its more famous neighbor, Rwanda, it is not well known, despite its 30 years of civil war and genocide. It has no natural resources to speak of, no magnificent natural wonders, no herds of big game animals. And yet, there is beauty here. Women wrapped in vivid hues of red and yellow walk gracefully up a hill, carrying water and firewood on their heads. They greet me with a single word, "peace." Barefoot children run down dusty roads clad in even dustier clothing to offer a smile and handshake as I pass by. Lush green hills stretch out as far as the eye can see to blue-topped ridges beyond.

Burundi is a desperately needy country. The GDP per capita is less than $300 per year. There is approximately one doctor for every 40,000 people. Over the course of their lives, women run a 5-10% chance of dying due to a complication of their pregnancies. At least 5% of children die before their fifth birthdays. And yet, this country has captured my heart. 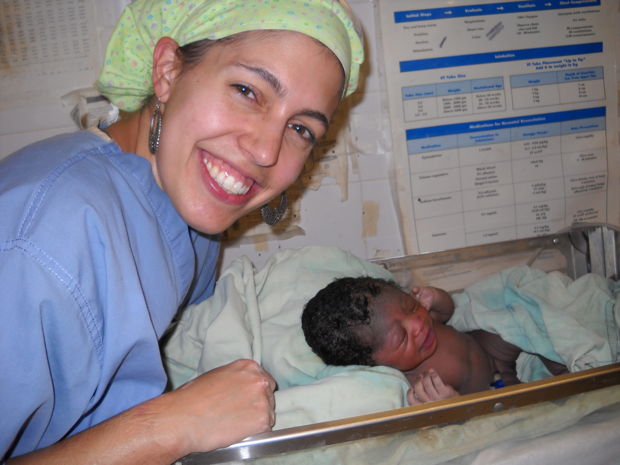 I first visited Burundi in 2010. My husband Eric and I were working at a large missions hospital in Kenya for two years but were seeking a place to invest for the long term. We were, and still are, part of a team of six doctors in six different specialties. We wanted to find a place that truly needed us and our medical education, a place where we could not only treat patients but train and disciple national doctors, a place where there was African leadership and vision. We found all this and more in Burundi. There is a growing Christian university in the capital city, Bujumbura: Hope Africa University. It was started just before the end of the war and quickly expanded to offer dozens of degrees and programs. At the request of the president, HAU began a medical school in 2005, but at the time of our visit, they had almost no faculty to provide clinical education for the students. It was a perfect fit for us.

My own story actually began almost 20 years ago, when I was just 16. I was watching a video about relief work in Africa. One story in particular drew my attention. There was a small clinic in a very remote area. Women would walk to this clinic, sometimes for two or three days, carrying their children because there was no closer place to receive medical care. At that moment, a certainty filled my heart: “If the world needs medical missionaries then that must be what God is calling me to do.” Years passed — college, medical school, a residency in obstetrics and gynecology — and I was even more certain that God wanted me to use my medical skills overseas. I was excited to find in obstetrics a field that could potentially impact the lives of so many women across the world. Pregnancy and its complications is still a leading cause of death for women in the developing world, and many children are left without a mother because of problems that could have been prevented.

During my residency in Michigan, I married Eric, who was finishing up medical school and sensing a similar calling to medical missions. We became involved in a local church and soon met a group of other doctors also interested in mission work. Could it be just coincidence, we asked ourselves, that we were all at the same church, all in different specialties, all finishing our training at the same time, all wanting to work overseas? Wouldn’t it be fun to go start a hospital together somewhere? In 2007, we decided to stop joking and follow what seemed to be God’s clear leading to join together as a team of medical missionaries and see what was in store for us. 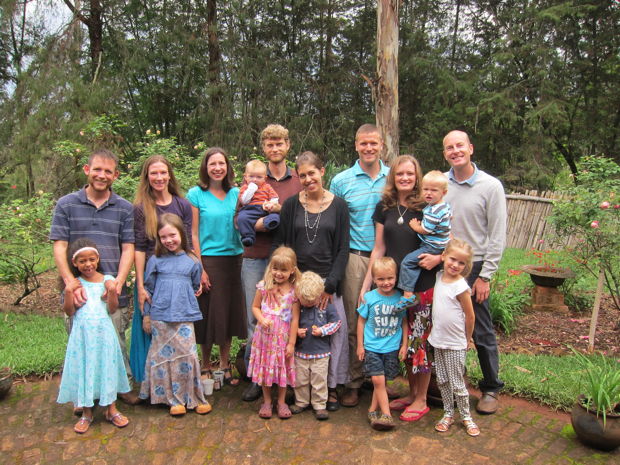 Our team traveled first to Tenwek Hospital in Kenya in 2009 for a two-year fellowship through Samaritan’s Purse. We weren’t sure where we wanted to end up long term, but knew it would be somewhere at an African hospital, and so we were able to use the next months to search out an opportunity for our team to serve in a “perfect fit” sort of location. We did find that in Burundi, but my time in Kenya was more than just looking ahead to the next thing. While caring for my daughter (and eventually my son, who was born halfway through our time there), I worked mostly in the maternity department. There are women there who touched my life deeply, whose lives I hopefully impacted for the better.

Mary was a woman who had lost nine pregnancies in a row, who came to me asking to save the 10th pregnancy. It was still eight weeks before her due date and her blood pressure was dangerously high, but Mary was desperate. My team and I gave medications and I delivered her son a few days later, limp and floppy. My heart sank. I had waited too long. But no, against the odds, the baby started breathing and growing, and one month later Mary went home with her baby, a baby she appropriately named “Gift.” 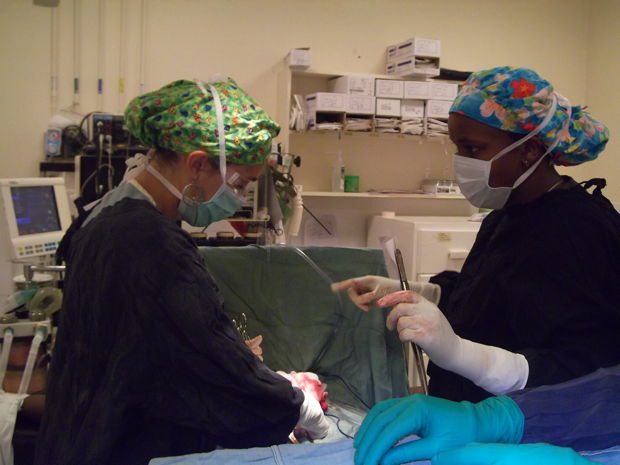 Betty had a similar story. She came into the hospital with her fourth pregnancy but no children. Her pregnancy was only halfway through, meaning the baby inside was too small to survive. But in a culture where a woman’s entire value is wrapped up in her ability to bear children, Betty, too, was desperate. She insisted on staying in the hospital to try to save the baby. At first, it looked like we might be able to help her. But sadly, after a few weeks in the hospital, Betty’s baby died while she was still pregnant.

It’s not an uncommon story, and it happened more times than I care to remember while I worked at Tenwek. But something about that day touched me deeply. I shared the bad news with Betty, sat on the bed next to her, and we both cried for a long time. Then we prayed together and held hands until some small measure of peace came. People ask me all the time how I was able to deal with all the death around me — mothers and babies, older children and children too young to survive. And the truth is that I needed to become calloused, even just a little bit, or the grief and the loss would become too overwhelming to continue to work. But God brought these moments, out of the blue, where I felt overwhelming compassion and emotion. It reminded me of the grief my patients experienced, reminded me that I am human too, and reminded me why I do what I do. 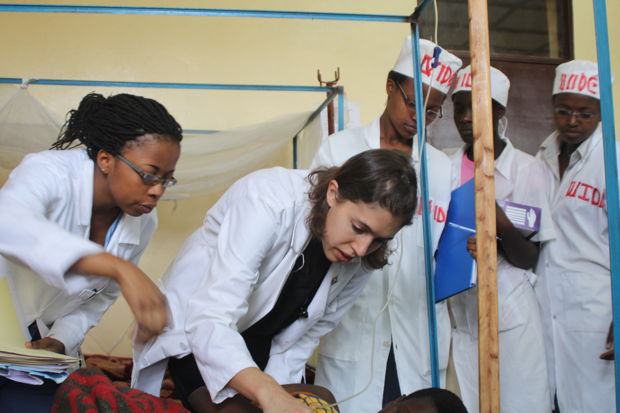 There are many more stories, many more patients, many more successes and tears, many more joys and sorrows. But the highlight of my time in Kenya actually came in January of 2011, when I attended the graduation ceremony of sixteen Kenyan doctors whom I had helped train. I would soon leave Kenya, but I was leaving behind sixteen intelligent, capable individuals who were scattering across the country to provide excellent medical care in the name of Jesus Christ. They had each spent three months on my service, learning how to do cesarean sections and other surgeries, manage hemorrhage, perform ultrasounds, and care for complicated pregnancies. A remarkably tall order for only three months, but all rose to the challenge admirably and I was proud to be a part of their education. Whatever my initial ideas about medical missions, I knew from that time on that I needed to be involved in educating national doctors. 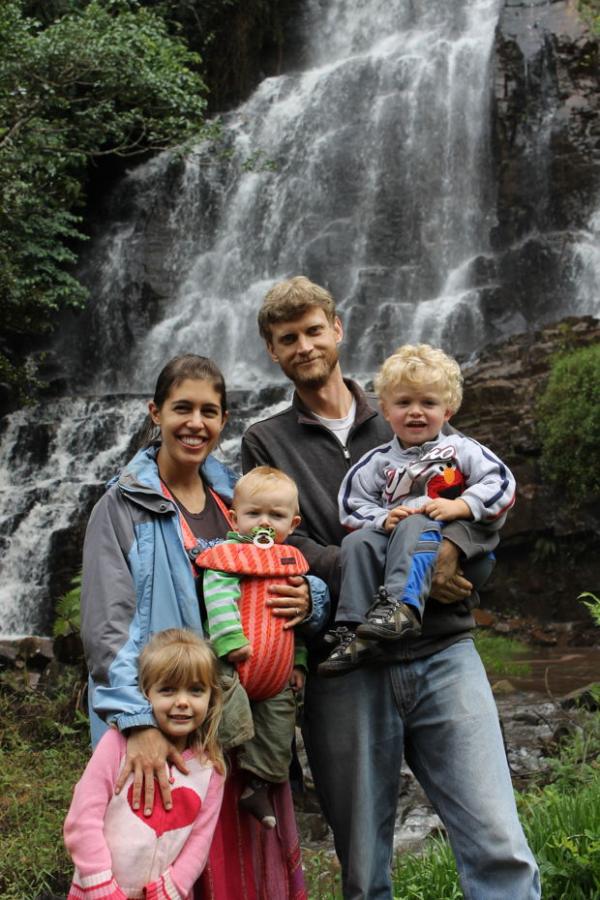 My team arrived in Burundi in August of this past year, three years after my initial visit. In those three years, my family grew from one child to three.  We moved from Kenya back to the US, then to France, and finally to Burundi. We spent ten months learning French and then another three learning Kirundi (the tribal language of Burundi). And now, we have just started work at Kibuye Hope Hospital. The medical students are on their way. The hospital has no running water, no empty shelves in the pharmacy, and precious few nurses. There are plans to expand the hospital from 90 beds to 300, but no money as of yet to do so. I struggle to communicate in French and even more so in Kirundi. It is exciting to think about the potential impact we can have on the health care of a nation — and terrifying to think of the weight on our shoulders in the midst of immense challenges. There are times that I wonder if I have anything to offer, but then I remember the clear calling of God on my life to this work.

People ask why I’ve “given up” a comfortable life, a US salary, and the familiar things of life in order to travel around the world, take a major pay cut, live in an unfamiliar culture, work in dismal conditions, be unable to communicate with my patients, and, at times, watch women dying while I stand by helpless. I think I’ve painted an appropriate picture of the dramatic need and the dramatic lack of doctors. The statistics speak for themselves, so from purely an impact perspective, international work seems like the obvious choice. But still, why go through all that? My husband Eric phrased it this way in a recent newsletter we sent out:

Along the way, people ask us why we are doing what we are doing. Sometimes another person standing nearby will jump in with an answer before we do: "Well, it’s an amazing life experience. What an adventure!" "Your kids will be world travelers." "Obviously, the satisfaction of doing meaningful work." There is truth in each of these, but none of them captures the heart of it. We believe that when we were far away, alienated and suffering, God pursued us with His love. Nothing other than this will sustain our motivations. "Laboring for medically underserved people is a picture of the pursuing love of God for the world" — may our actions speak.

Rachel McLaughlin, MD, has long been interested in medical missions and international work. She took her first missions trip to Mexico while in college and has since served at hospitals in Cambodia, Swaziland, Bangladesh, and Kenya. Rachel received her MD at Loma Linda University in California and did her residency training in Obstetrics & Gynecology in Ann Arbor, Michigan. She is currently serving in Burundi, East Africa, as a professor and clinical faculty at Hope Africa University and Kibuye Hope Hospital. She and her husband, Eric (a family practice doctor), have three children: Maggie, Benjamin, and Tobias.

In Focus
By Kathryn Applegate
How I Became an Evolutionary Creationist

Kathryn Applegate shares her journey from the Bible Belt to the biology lab and the challenges she encountered along the way.

Can we learn to repair relationships by observing God's design for healing in our bodies? Join our conversation with Dr. Jennie McLaurin and Dr. Bem Culiat as we explore this topic and their new book.

Join us as we hear from chemist and professor Jennifer Hawk in this installment of our regular WAP Woman Wednesday series.