Out of our Comfort Zone: Why Cross-Cultural Community Matters

When Christians talk about their experiences traveling and living overseas, they often use the language of getting “out of their comfort zones.” As Brian Howell’s (2012) ethnographic study of short-term missions points out, this expression is something of a trope in evangelical circles, so much so that it has become one of the things people expect and even seek out when they travel overseas. Part of what we’re hoping for when we say that we want to get out of our comfort zones is, as Howell points out, that our travels will become pilgrimages. That is, we hope that in getting out of our normal routines and traveling to a place where we expect God will move in an especially powerful way, we will encounter him afresh and anew. I don’t want to dispute the notion that overseas travel can give us a new perspective on God, but I do want to suggest that travel has this effect primarily because it gives us a new perspective on ourselves. A different cultural context inevitably challenges the ways of living we accept as normal, and this process often yields a new understanding of where sin lurks in our lives. 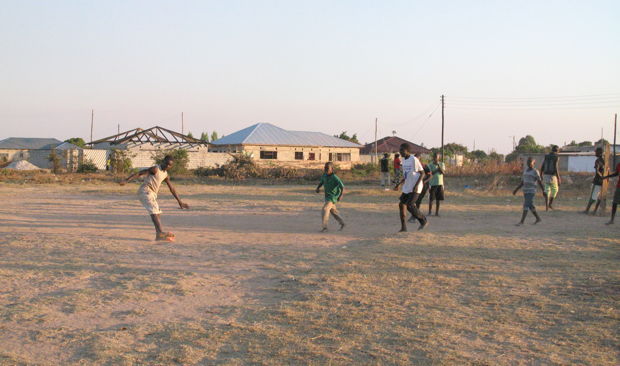 I can say all of this because I have been out of my comfort zone a great deal. Over the past decade I’ve spent nearly three years living and working on the Zambian Copperbelt, usually for long stretches of time, first as a missionary and later as an anthropologist. While on the Copperbelt I’ve always lived with Zambians, sharing a home with families or other single women. This arrangement has unquestionably been beneficial, helping me learn to speak Bemba and giving me a solid basis for ethnographic fieldwork. I study Pentecostal Christians, and having a room in a pastor’s house has provided access to things I would never have seen otherwise, such as midnight exorcisms and the bridal training I mentioned in another piece for The Well. It’s also allowed me to form rich and lasting relationships, which would have been much more difficult had I lived separately from the people I’ve been trying to know and understand.

That said, sharing not only my life, but also my space and my time with people in Zambia has proved to be incredibly challenging. To give one example, in the neighborhood where I work I am regularly asked to stop and speak to people, to come and visit them in their homes, or to accompany them to see friends or relatives on the other side of town. Now, there are multiple levels on which this should not bother me. First and foremost, as an ethnographer, stopping and talking to people is my job. In fact, the opportunity for conversation, and especially for visits to people’s homes, has been hard-won, the result of a long and careful process of building rapport. Secondly, I know that visiting is central to social life in urban Zambia — I recently wrote a section on it for my book — and that a visit to someone’s home marks an important step in any relationship. This is particularly true in my case, as people I meet are often anxious about having a foreigner in their home, unsure of what I will eat or whether I will mind sitting on the floor. 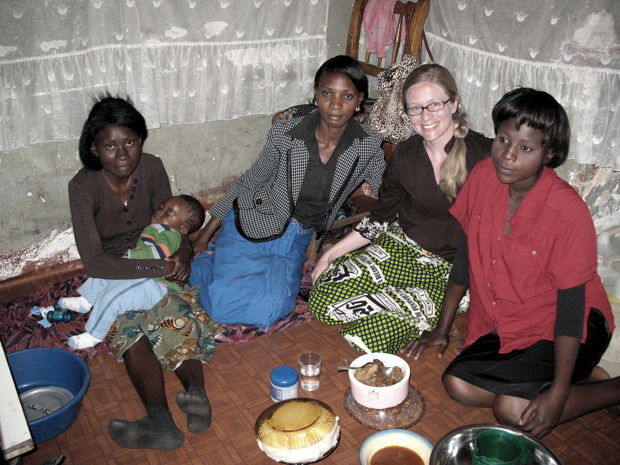 In the light of all of this, I should be overjoyed at the chance to speak to people, at invitations to come and sit with them at home. But the hard reality is that often I am not. You see, when I’m doing fieldwork I am working, trying to get things done and find out what I need to find out. The first things I bought upon arriving in Zambia for my PhD fieldwork were a clock and a day planner. I wanted to make sure that I didn’t waste the time I’d been given, which was funded by the grant money I’d worked so hard to secure. And there’s an extent to which those concerns were valid. However, there’s also a level on which my preoccupation with getting things done, rather than visiting the people who I had come to know in my neighborhood, was wrong.

I began to appreciate this when I noticed my neighbors’ frustration after I did not accept their invitations, frustration that occasionally turned to anger. On the Copperbelt, refusing an invitation is effectively refusing to move a relationship forward. My neighbors therefore had a right to be put out. Their responses have led me to reconsider the way I think of and use my time, and my priorities in it. What living in a different social context has done for me is expose my own devotion to busyness, as well as my commitment to planning as a means of trying to extend my control as far out in front of me as I can.
Being confronted with all of this has in turn prompted me to consider why I sin in this particular way. While my own heart and nature have a significant part to play, I’ve come to realize that part of the problem is that I come from a world where this sort of behavior is not only accepted, but valued. People in the West, particularly those of us who make our living in performance-intensive fields like academia, are taught both directly and indirectly to thrive on planning, over-scheduling, and busyness. The craziness of our lives becomes the metric of our worth. I can think of many conversations with colleagues where complaining about being busy was, at least on my end, a thinly veiled discourse on my own importance. 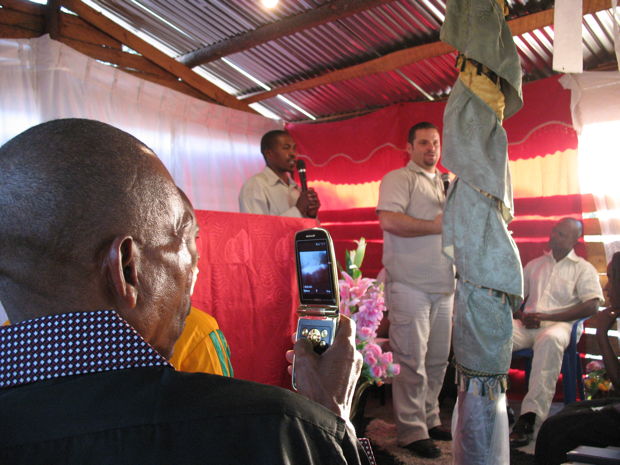 While I don’t mean to blame my tendency toward this sin solely on my surroundings — a sort of “my culture made me do it” argument — I do want to point out that in settings where certain kinds of behaviors and attitudes are rewarded, even subtly, conviction and correction are hard to come by. Perhaps our most pernicious sins are not the secret things we do not want anyone to know about, but rather those for which we are the least likely to be called out. These are sins we don’t have to bother hiding; sins for which we may even be praised from time to time; sins that, as a result, we might not even recognize as such.
This is where cross-cultural conversations can be especially helpful. When we spend time with those whose lives are not governed by the same rules, we increase our ability to see sin for what it is. Scripture is replete with references to the importance of other people as sources of correction and encouragement. To this biblical emphasis we can add the observation that Christianity has always been a multi-cultural religion. Taken together, the implication of these ideas is that the explosion of languages at Pentecost was not just a sign that Christ’s gospel was for everyone, but also that those who put their faith in that gospel needed one another. As church historian Andrew F. Walls reminds us, “Each Christian lifestyle, representing a culture converted to Christ, expressed something that the whole body needed… Each was necessary to the other; each was necessary to complete and correct the other; for each was an expression of Christ under certain specific conditions . . . .” (Walls 2002: 78)
Evangelicals in the West have become accustomed to emphasizing the importance of “community” for our accountability and growth as Christians. What we typically mean by this is a network of relationships close to us, people who know us intimately and are committed to regularly reminding us of the gospel. There’s no question that community is a good and worthwhile thing to cultivate. We might, however, consider adding on to this model the intentional pursuit of connections with people whose understanding of personhood, of relationships, and so forth has been forged through a very different set of influences. We are all working out what it means to be Christ’s people, and the fact that we do so under different circumstances means that together, out of our comfort zones, we are more able to realize this task.

Rachel McLaughlin describes her experience as a doctor in Burundi in this award-winning piece at The Well.