The Problem of Christmas

The other night on the way home from my evening course, I was surfing the radio stations for something Christmassy and happened upon that most beloved of holiday traditions among us Christians — a rousing reason-for-the-season lecture. 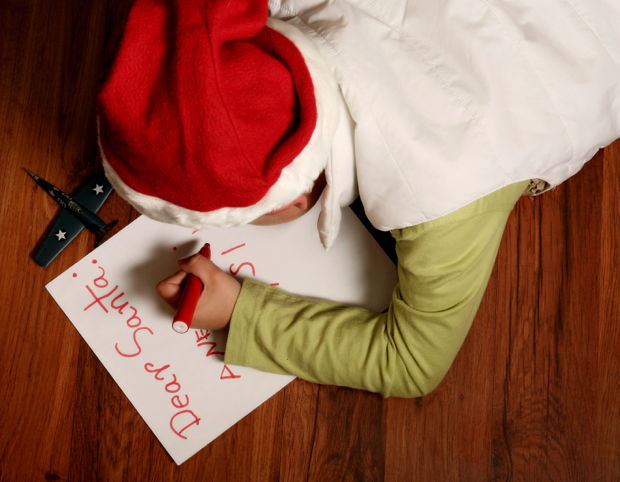 The host had already introduced his invited expert, who launched into an explication of the complex mishmash of history and tradition that comprise Santa Claus — a fiction, he railed, of storeowners, Washington Irving, and the Dutch. It’s important, he argued, to deconstruct this material for your kids and extract from the materialistic frenzy the true and worthy stuff of Christmas: the real Saint Nicholas of yore — a kind-hearted, child-loving sort of guy there was nothing wrong with admiring, even if we don’t agree with the whole business of calling people saints — and, of course, the real Reason-for-the-Season, Jesus himself.

Here and there in the course of the lecture, the radio host interjected the story of his and his wife’s attempts to deal with the “problem of Christmas” in their own family. He confessed, though, that despite their holiest efforts to make the holiday about Jesus, by early October their kids were already magneting lengthy Christmas lists to the refrigerator door. And with this confession, the wholesome jollity of his Christian-talk-radio-host voice broke open for me, for an instant, upon the sad question underlying all such discussions.

“Am I a bad parent?” he asked his expert plaintively.

The expert was too caught up in Sinterklaas and the Reformation to respond, but, once the question was out there, zinging through radio reality into the ears and minds of parents all over the world, I could hear nothing else.

It’s a question all too frequently present in my brain — not just at Christmas but throughout the year. Often I pray it. Occasionally, I say it out loud — to my husband or to a trusted friend. I’ve been asking this question, with increasing frequency, ever since my two daughters were born, and, though Charlotte and Lulu are in college now and will soon be out on their own, I suspect I will be asking it for some years to come.

And, unless I’m abnormal (another question often in my brain), Am I a bad parent? is a question probably in some, if not most, other parents’ brains fairly often as well.

It was surely in Mary’s brain with fair regularity as Jesus was growing up, although the biblical writers shrewdly omit that mystifying part of Jesus’ human biography from their accounts. In any case, all that pondering Mary did in her heart early on has, for me, the familiar tenor of parental worry.

We do know that later, when Jesus was long since an adult, his earthly mother was concerned enough for his sanity that she enlisted her other sons’ help in trying to fetch him home. I envision her thinking of him and his brothers — as I am certain I will keep thinking until Charlotte and Lulu have children of their own and can take over the job for me — Did I do the right thing? Are they going to understand this world the way I want them to? Will they love God and their neighbors as themselves — or at least try to? I spend a good part of my conversations with God pray-worrying the bigger question beneath these questions: Will Charlotte and Lulu be romping with the dogs and arguing at the dinner table and assembling gingerbread houses with me and Jesus throughout eternity?

The burden of parenthood, it seems to me, is weighty enough without adding the impossible requirement that we turn happy holidays into tricky history lectures and expect our kids to value only the pious truths of the nativity story in lieu of the popguns! bicycles! roller skates! drums! of the popular versions of that story that have evolved since Jesus lived among us. And, in my view, attempting to dissociate children’s experience of Christmas from the jolly jingle-belling going on all around them misses entirely the point of the Christmas lists and hoped for presents and tree-trimming and bright colored lights on the houses and songs sung and money spent — not to mention the Reason for the Season.

Christmas is, and should be, a celebration! Jesus’ birth is good news of great joy — the gospel of gospels — the best news the world has ever received in its complex and ugly history. I love it that the coming of God to our world has become, over the centuries, across the nations, a big party — such a big deal, so glimmering with promise, that even nonbelievers celebrate it.

Helping our kids celebrate this good news, in whatever ways engage them the most, is good parenting, in my view. And the yearnings evident in those lists on the fridge followed by the mad ripping open of presents under the tree on Christmas morning offer us a rich and rare opportunity to help our kids experience the important spiritual connection between longing for something good—the best thing they can think of — and receiving it from the best Parent of all parents: a way out of our own miserable meanness. A Savior, who is Christ the King!

Kids are, as Jesus points out on occasion, the best theologians. They get it about God. We do need to draw their attention (and our own) to the reason for the celebrating, of course — the story of God sending his Son to our world — and we should do it not just during the Christmas season but throughout the year and throughout their lives.

Stopping or even slowing the festivities to parse the party and eradicate its heathenness is counterproductive. As the believers among the celebrators — as those in the know about what it is we’re actually celebrating — we Christians need to up the excitement, not put on the brakes.

If you enjoyed this article, consider reading its companion: Another Problem of Christmas.

Spiritual Formation
By contributors and staff at The Well
A Gift for the Season: Advent Resources

Our contributors offer their favorite recommendations of books, media, and practices to help us in our observance of Advent.

As we enter into this season of waiting, we invite you to receive the gift of peace through this sixth prayer in this series of eight breath prayers for Advent 2020.