In Focus
By Carolyn Custis James

Return of the Ezer

What does Israel’s seventh president have in common with a newborn baby girl, an elderly wheelchair-bound woman, a soccer mom, and you — a woman God has entrusted with gifts and called to build his kingdom?

The answer may surprise you. It might even change your life.

These individuals are identified by the same ancient Hebrew word. They are all ezers.* 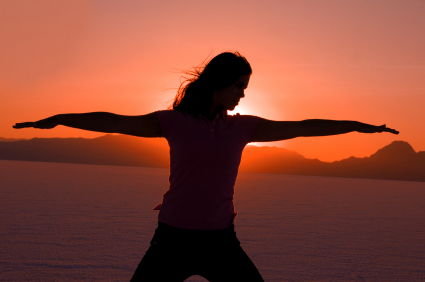 In the Old Testament, God uses the word ezer when he creates the first woman. “It is not good for the man to be alone. I will make a helper ezer suitable for him.” (Genesis 2:18, 21)

I know we’ve always thought the ezer was the “helpmeet” — wife and mother — which leaves a lot of women permanently out of this discussion. Certainly this ancient word is big enough to encompass these important callings. But God is vision casting for all his daughters in Genesis. So how does ezer apply to all of us, from the smallest newborn to the elderly who might wonder if their usefulness has expired.

And by the way, he wasn’t the first male to go by Ezer. Believe it or not, men in biblical times were called Eli-ezer, Abi-ezer and just plain Ezer. Don’t you think it odd that Jewish men would name their sons ezer, especially since this word applies to women?

Perhaps there’s more to ezer than what we’ve always thought.

The tide turned for the ezer when scholars tallied up twenty-one times it appears in the Old Testament: twice in Genesis for the woman; three times for nations Israel appealed to for military aid; and (here’s the kicker) sixteen times for God as Israel’s helper.

What caught my attention — and completely changed how I think of myself — was when I read all those verses and discovered ezer is used consistently in a military context. That’s obviously true for the three nations. But God is his people’s “shield and defense,” “better than chariots and horses,” standing “sentry watch over his people.”

Even earth has always been a war-zone of sorts. God’s call to “rule and subdue” alerted Adam and Eve to expect fierce resistance to their kingdom efforts. While they are savoring the pleasures of Eden and open fellowship with God, the Enemy is planning his first deadly assault.

Does it not make sense that the ezer is a warrior?

God created his daughters to be ezer-warriors in a Blessed Alliance with our brothers — soldiering wholeheartedly together for God’s gracious kingdom and investing ourselves in his global rescue to reclaim the world he loves.

So far no woman has broken through the political glass ceiling to become the United States president, although the 2008 election brought the Oval Office within range for Hillary and Sarah. But one thing is true of all of God’s daughters — little girls and elderly women and everyone between, single or married, moms or not, healthy or disabled. We are ezer-warriors with vital kingdom work to do wherever he has stationed us.

*Pronounced āzer, as in razor

This article was first published at FullFill, a digital magazine — and more — for women of all seasons of life and leadership. FullFill equips women to recognize, utilize, and maximize their unique influence in all the spheres of their life from a Christian perspective.
Tags:
identity

Carolyn Custis James is involved in equipping women through the Whitby Forum and Synergy. She is the author of several books, including The Gospel of Ruth: Loving God Enough to Break the Rules (Zondervan, 2008).

Blog
By Karen Stiller
Pitching My Work, Pitching Myself

I watched the older woman across the pub where my Master of Fine Arts cohort was gathering for a meet-and-greet. We were there to get to know each other and chat about our creative nonfiction writing projects. This writer had arrived...