In Focus
By Kathy Tuan-MacLean

The Spiritual Discipline of Indifference

You can run but you can’t hide.

For the past several weeks, God and I have needed to talk about my attitude problem towards a set of decisions my husband Scott and I are making. As I wrote in my blog post, Tempted to Join eHarmony, Scott and I are polar opposites on almost every spectrum that exists. That makes decision-making especially hard. 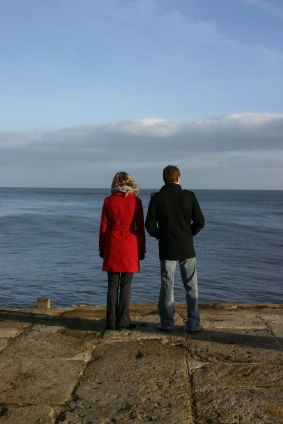 But like Jonah of whale fame, I ran around avoiding the conversation with God. Last Tuesday, after a morning cancellation, I had two free hours that I just knew would be the opportune time to have a heart-to-heart with my Creator.

What did I do instead?

Printing of some documents I need for the Team Days I’m leading with my ministry team.

It’s amazing how much ministry, Bible reading, and even prayer you can do all while avoiding talking to God about what really matters in your life.

I printed a document Adele Calhoun* had sent me on seeking discernment with leadership groups. I want to help my ministry team become “kinder and gentler” because most of us are on the edgy, opinionated, plunge-into-debate side of the spectrum, and I want to welcome and attract staff who aren’t like us.

So I read the document and halfway through it talked about three kinds of prayer necessary for group discernment:

I’m indifferent to nothing! I have a passionate thought or opinion on just about every subject under the sun. In fact, this is part of why Scott gets so frustrated with our decision-making process. He points out that I care so much about everything, I can’t get everything I want even making the decision just by myself! So of course I’m a little unreasonable when attempting (or not attempting) to compromise with him.

Indifference is a hard word. It seems antithetical to the way humans should be. Elie Wiesel says that indifference, not hatred, is the opposite of love. But in the prayer of indifference, we pray that we will be indifferent to everything except God’s will. Jesus teaches us that the top two commandments are:

I haven’t yet gotten to the place of actually praying that prayer yet, but at least I’m thinking about it. Which is probably better than avoiding God by just doing e-mail.

This piece was first posted in Kathy’s blog, Plumbing Demons.

*See Kathy’s blog, beginning with Little Kathy/Big Kathy, for six reflections on the topic True Self/False Self inspired by the spiritual retreat she attended with Adele Calhoun.

Kathy Tuan-MacLean (PhD, Northwestern University, Human Development & Social Policy), mother to three children, serves on InterVarsity staff as the National Faculty Ministry Director.  She has served with Intervarsity since 1990, ministering to undergraduate & graduate students as well as faculty in New York City, Boston and now Baltimore.  She’s also a certified spiritual director (Selah, LTI).  She blogged with Patheos around her struggles with motherhood and finding God in the midst at What She Said, and Wordy, Nerdy.  She’s also written two articles for Christianity Today on racial reconciliation:  Can People of Color Really Make Themselves at Home?, and All for Love’s Sake.

Ebola. The headlines began with updates on the spread of the virus in Liberia, Sierre Leone, and Guinea, then the report of an American doctor and nurse falling ill and their arrival on US soil, Liberia has now declared a state of emergency . . .

What does it mean for us to see God's Kingdom? Spend some time soaking up 2 Kings 6 with this fourth excerpt from Jan Johnson's guide to lectio divina — our special summer resource for readers of The Well.