In Focus
By Adele Konyndyk

In one of the early scenes in the movie Wit, an esteemed professor of metaphysical poetry named Vivian Bearing (played by Emma Thompson) recalls learning how to read. There she is in a dash of sunlight, blonde and young and bending over a storybook on a low sofa as her father watches her from a reading chair.

At a word Vivian does not understand, she asks her father for help. “Say it in bits,” he directs. So she does, sounding it out: So-por-i-fic… “Soporific?” she stumbles out, not exactly rightly, but close enough. When she asks what it means, her father says, “Causing sleep — makes you sleepy.”

Vivian goes back to the book, satisfied. But soon she bolts back up. “The bunnies are sleeping! They’re sleeping! Just like you said!” she shouts, looking astonished and grateful for his guidance. Looking wildly, unforgettably alive. 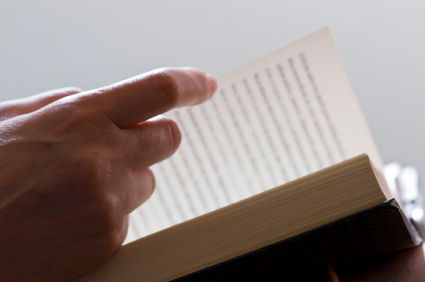 Learning to read, reading to learn

I remember very little about learning to read. I realized this during the two-day training I received recently to become a volunteer literacy tutor in my community. Many of my fellow tutors-to-be shared entertaining, even beautiful, moments when the bulb of reading comprehension went bright — instants of seemingly sudden clarity.

I had no such moment to share. Instead, my childhood seems a wash of curiosity and delight lit by letters, words, and, eventually, books. I know I haven’t been able to read my whole life, but in a way that’s how it feels. It made me wonder if I’d be an adequate tutor, especially if my adult literacy student was at the very beginning level, barely able to make sense of letters and sounds (let alone words).

So when I was matched with a student ready to work on the final skill book in the teaching series, I was relieved. It meant my student’s skills in basic reading were actually quite solid, but that his reading comprehension and writing skills were to be the focus. “He’s learned to read — but what he needs help with now is reading to learn,” was how my instructor described him. Okay, I thought. That, I think, I can do.

For three months now, my student and I have met twice a week in a third-floor literacy center room. It has pink-red walls and one window. From my chair I can see little else out this window than a sprawl of bare branches from the tree below. It’s early spring and I long for leaves. I know my student does, too; our sessions are almost always book-ended by talk of the weather. We tell each other how cold the wind was on the walk over, of how tired we are of snow and ice, before opening our books and setting to work.

Both his workbook and my manual bear the same name: Laubach Way to Reading. Dr. Frank Laubach (1884–1970) was a Christian missionary and a lead pioneer of the adult literacy program I’m taking part in today. Every lesson, I see his name on my manual, on the workbook in my student’s hands. In his lifetime, he visited over 100 countries in an effort to bring literacy to a population he called the “silent billion.” His was a philosophy built on compassion, understanding, and empowerment, and he saw his work as an act not of academia or hierarchy but of partnership. It is an approach I aim to echo.

Most of my literacy lessons involve distinguishing vowel sounds, reading stories together, and learning new vocabulary with help from the dictionary. A recent lesson was focused on endings — or suffixes, as they’re officially called. In one of the exercises, I listed six words in blue ink: child, mother, father, sister, brother, parent. I then went down the list and added to the words the ending –hood.

“Have you ever heard any of these words before?” I asked my student. He studied them, squinted down. We’d been working together over a month, and I knew such questions could make him sheepish — bashful. But I was thankful that he didn’t look ashamed; he would ask me for help or direction if he needed it.

The link between illiteracy and shame had been laid bare for me during my tutor training. I’d heard stories of people with lives leaden with humiliation, depression, and isolation all because they were ashamed of one inability. A few of my fellow tutors even spoke of parents and family members — bright, creative, and talented individuals — who had suffered in secret for years, fearing even their own family would believe them worthless. Many of those who did seek help did so covertly, which is why the training emphasized the need to keep students’ identities confidential.

Eventually my student pointed to a word on the list of –hood words I had made.

“What this mean?” he asked, with his finger on childhood.

“I know child,” he said. “But not like that — with hood. People asked me that word before, but I didn’t know what they’re asking.”

My answer was full of mumbles and pauses—partly, I think, because the book didn’t explain what –hood itself meant in a helpful way. I ended up going down the list of words—mother, father, sister, etc. “See,” I said. “All of these are things you can be. So, childhood means being a child.”

I know very little about my student’s childhood. But I do know this: when he was five years old he became a refugee, fleeing a country embroiled in war. His parents were killed; he came to Canada as an orphan. This was history dispatched to me in a bulleted list when I first learned he and I had been “matched” — alongside his age, his status as a single father, and his soft-spoken demeanor. Since then we’d talked only a few times of his home country — mostly about how its heat would compare to our cold, or how he’d like to take his children there someday.

Before we moved on to the next exercise, he said. “So all they mean when they say childhood is what I was like as a boy. Like that?”

“Right,” I said. “So I guess you’ll know what people are asking about won’t you?

He smiled — a very small smile, a sheepish and close-lipped smile, but still a smile.

A kind of kindness

When Wit’s Vivian Bearing recalls learning to read, she is 48 years old and dying — of cancer. Her voice cracks at the memory; she cries, and calls it “the very hour of the very day when [she] knew words would be her life’s work.” Against the cold swirl of unknown medical terms she will say, with complete sincerity: “My only defense is the acquisition of vocabulary.”

I see myself in Vivian. I, too, consider words to be “my life’s work.” They are, to me, foundational to vocation (as a freelance writer) and my most faithful way of relating to my fellow human beings and to my God. From grade school to grad school I have enjoyed reveling in their peculiarities, their meanings, and their mysteries. And I take some pride in having a certain “way with words” — the kind of literary abilities Vivian terms her “cleverness” or her “wit.”

But I know literary abilities alone cannot console or alter us for the better. No. This lesson is the ache and glory at Wit’s core. On her deathbed, Vivian has no doubt that she has given knowledge to her students, but she laments the lack of tenderness in its delivery.

“Nothing would be worse than a detailed scholarly analysis and . . . erudition, interpretation, complication,” says Vivian, on her deathbed, and I believe her. “Now is the time for . . . dare I say it . . . kindness,” she says, relishing the care of a lively and compassionate nurse. And I do not simply pity her — I understand her. She comes to see the emptiness of words without empathy.

I see this emptiness in the silence, isolation, and ignorance experienced by illiterate individuals. I hear a longing for kindness in my student’s very voice — from the up tilt of his voice when he answers a question to the quiet tone he takes when saying plural words, since his accent seems to make the letter “s” especially difficult.

Even when our two-hour sessions are weighty with my stumbles — my poorly explained terms or my ineffective lesson plans — kindness is still there to be strived for. It is a solid to grip when insecurity mashes at the sides of my mind about whether or not I’m doing the right or proper work with words. I know, after all, that the God I serve is not praised for His “loving-cleverness,” but for his “loving-kindness.”

I have come to see tutoring as one of many seats to take in this world’s diverse academy of compassion. I am glad to be here, new as it is, and challenging as it can be. For four hours a week, I can see — syllable by syllable, suffix by suffix, and story by story — the glory of language at work between teacher and student. We can sit side by side, at the same table. We can talk of our childhoods or of the lack of leaves on trees. We can write words out or look them up, together.

We can be astonished and sheepish and baffled and grateful as we puzzle over the page we have been given.

We can, in our reader-hood, be wildly, kindly, alive.

Adele Konyndyk
Adele Konyndyk Gallogly is a writer living in Hamilton, Ontario. She holds an MFA in creative writing from Seattle Pacific University, with an emphasis in fiction. In her spare time she explores used book stores, walks the Niagara escarpment, and eats more cheese than she should. To read more of her reflections on literature and life, go to adelegallogly.wordpress.com.
See other contributions by this author

Looking for a good book to curl up with this summer? We have a list for you.

Listen in on our conversation with priest and writer Tish Harrison Warren where we discuss human vulnerability, the nighttime prayer of Compline, and Tish’s upcoming book.

The low, dull roar of an industrial fan in concert with the higher-pitched hum of the wet-dry vac in my office drew my heart’s easily preoccupied ear to God’s ever underlying, eloquent silence . . .

Arts, Books, and Media
By Amber Noel
Gender Dysphoria: How should one respond?

What is gender dysphoria? What does discipleship look like for those who encounter it? How might we respond? Amber Noel reviews Mark Yarhouse’s book on this topic and addresses these questions and more.