In Focus
By Lathania Brown

On the Way Back Home

Drastic is the word that best describes my move from Kingston, Jamaica, to Delaware, Ohio. I grew up in the hustle and bustle of city streets with the closeness of Caribbean community, and I loved it. Well, I loved most of it. There were two things I hated, and those two drove me to Delaware: the ever-declining economy and the ever-increasing crime rate. I felt as if my only hope for improving my standard of living was moving to America. I hoped to become a neuroscientist and spend my life contributing to finding the cure for Alzheimer’s disease.

Delaware took some getting used to. The slow life of the small college town took its toll on my emotions. Still, I was resolved that I would not leave without completing the first leg of my journey to financial and social security, and I was pressing along. I only began to doubt my decision the day I heard that my friend had been shot by her father. He had been trying to protect her from armed robbers when his bullet took the life of his dear daughter. The pain that accompanied her passing was unfathomable, and as I plowed my way through the grieving process, I began to ask myself some hard questions. What was the ultimate purpose of my life? Was I living out that purpose? How was God calling me to respond to the darkness I had been trying so desperately to escape?

The pain of mourning subsided but the questions did not. The reality of the Jamaican situation began to sink in. Young people in my hometown are being killed every day, and the institutions and systems in place are failing them. We all complain, we all rant and rave, but most of us do nothing but run. Most of us spend our time perfecting coping mechanisms or working out escape strategies, rather than finding ways of confronting the forces that seem too great for us. I began to wonder if the forces were too great for God, and if he was even interested in participating in these sorts of battles.

I became fascinated by the work and life of Dr. Martin Luther King, Jr. and began studying his perspectives on the intersection of faith and justice. The faith that he preached seemed to permeate every aspect of his life, including his interaction with the public sphere. It was his faith that propelled his involvement in the Civil Rights Movement and sustained him when he faced daunting opposition. Later, it became apparent to me that he was only one of a myriad of Christians who had been empowered to tackle the issues of their day. Richard Stearns, in his book The Hole in Our Gospel, asserts what I had been learning from my research: “We must move beyond an anemic view of our faith as something only personal and private, with no public dimension, and instead see it as the source of power that can change the world.”

The reality is that the very spirit of God resides in me, and I began to ask him more about his desires for my life. It was an inspiring and empowering process, and by the time I was halfway through college, I had come up with what I considered to be a reasonable non-profit organization model and strategy. I had decided to give up my dream of becoming an American scientist to go back to the very place I had been trying to escape.

Before going home, though, I knew I needed more knowledge and experience. It is one thing to get people to listen to your dreams and desires; it’s another thing to have the clear vision needed to provide solid servant leadership. Also, since I had spent my entire academic career equipping myself to become a scientist, I knew very little about running organizations or socioeconomic development — it was all new terrain. So, after completing the neuroscience program, I went to work on my master’s degree in public affairs. I had hoped that this new course of study would help me to learn more about economics, public policy, and organizational management — and it did. With every class, I felt more equipped.

As the end of my first year approached, I began to sense that I still did not know enough and that my writing and analytical skills remained underdeveloped for the work I hoped to do — so I decided to pursue a PhD. I am now in the second year, learning lessons that extend far beyond the field of public policy. My priorities are being clarified, my ideological positions are being fortified, and I am being trained in the art of perseverance. When I am frustrated with the data-analysis process or worn by the hours spent trying to grasp complicated economic concepts, I get the sense that God is preparing me. Leading lasting social change is not only about acquiring the right information, it is about having the strength of character needed to withstand hardship and possessing an unshakable commitment to truth and service. I am developing that. 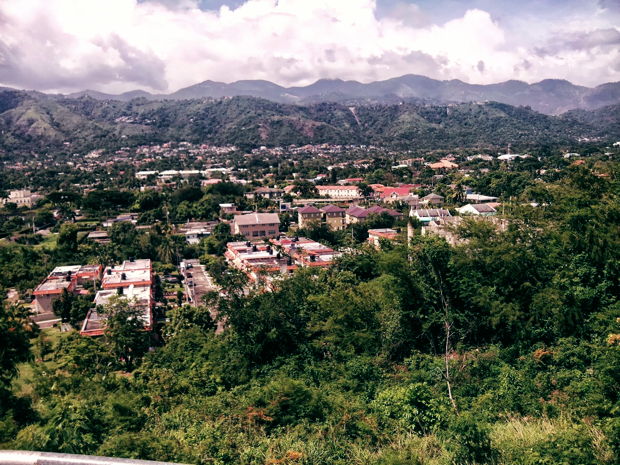 Leading in the young-adult and high-school ministries in my church in addition to meeting my academic obligations means that I am almost always pressed for time and energy. There are days when I find myself on the brink of panic. The fear of dropping the ball seeps in, and I am tempted to question my commitment to ministry. Every hour spent talking or listening is an hour that could have been spent reading or writing. I think, I cry, I sweat, and I come to the end of myself. On the days when I am stretched beyond belief, I find out more about the unsurpassed strength of God and his strength in me. Every time I lead Bible study, encourage a weary couple, or implore a teenager to resist generational mistakes, I get the sense that I am becoming the woman God has made me to be.

The Jamaica that I envision is one with a people liberated from the crippling effects of fear; it is a country with citizens free to pursue God and their social and economic purposes; it is a country with a church engaged beyond the confines of its steeples. I am not sure how I will contribute to this. Perhaps it will be through the non-profit organization that I dreamed of in college. Perhaps in a way I cannot even imagine now. Whatever it is, I know that my journey through graduate school is strengthening my soul and mind in preparation for the ways that God will use me to serve and influence His people.

Lathania Brown is a second-year doctoral student at The Ohio State University. She is pursuing a Ph.D. in Public Policy and Management with a research emphasis in the area of Economic Policy. Lathania hopes to return to her home city, Kingston, Jamaica, to engage in economic and community development efforts there. When not working on her research project, Lathania spends time with friends and family, catches up on sleep, and listens to audiobooks. She also enjoys building relationships with persons who are interested in having open and honest conversations about faith.

Reflections
By Amy Whisenand Krall
What I’ve Learned about Flourishing in Graduate School: Advice for a First Year

Graduate student Amy Whisenand offers her best advice for developing lifelong habits to help you thrive through your academic career.