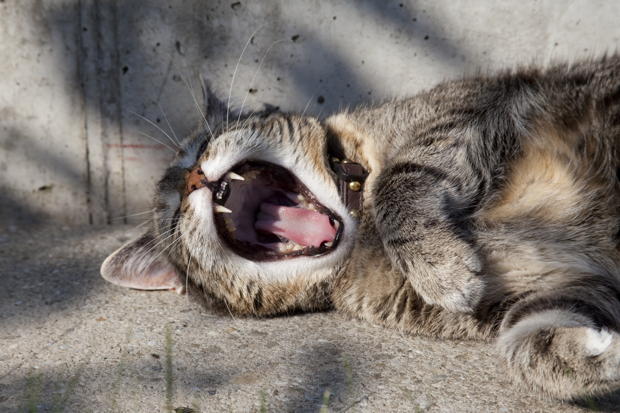 In February, I received an invitation to participate in Fierce Lady Month — my college's way to commemorate women's history — by giving a presentation of my choice. The invitation came as a surprise — I have never imagined anyone at my institution would see me as fierce — and I wondered what I might have to offer. Ultimately, I accepted their invitation. But instead of doing a presentation, I offered to facilitate a discussion in which participants could reflect on their personal vision of what it means to be fierce. Since all events were to take place via Zoom, one of the committee members also offered to attend and help monitor the chat, which I knew would be helpful.

The presentation, "Defining Fierce," occurred at the beginning of the month as sort of a kick-off. I had no idea who to expect, but a number of colleagues attended, and the conversation soon flowed. My colleague monitoring the chat also participated quite actively in the discussion, which allowed me to take notes on what was said. As the session concluded, I offered to read my notes to the group.

Immediately following the reading, I was asked by another colleague to share the notes again at the end-of-the-month, six-hour read-in. In the meantime, I continued working on the piece, and it became a vehicle to consider my own conception of fierceness — how it connects with and expresses my Christian faith, and also how it both resembles and differs from others’ thoughts about what it means to be fierce. The piece below, which is what I gave at the read-in, is what emerged during that time of reflection.

This month, we have seen the faces of the feminine fierce:
firm
forthright
sometimes forceful
often funny
unflinchingly frank
unafraid to offend
or frighten
fearlessly baring — or even using — sharp fangs.
Ferocious.

A woman who is fierce is not unflawed or faultless,
but instead is a woman with fidelity —
holding faithfully to her own foundational convictions
either until they come to fruition — whether for many, for a few, for only one — or until the fight has ended.

Though free of external constraints,
the feminine fierce share in common a continuing commitment to their own internal compass,
even knowing that their constancy may result in refutation, recrimination, rejection, or being reviled.

This month, the feminine fierce has prompted
admiration,
celebration,
ovation
commemoration,
tremulation, and
veneration,
some even summoning our emulation.

In all of the listening and the learning,
I have sensed an invitation to ponder this question:

Do I welcome my own fierce?

I once understood the impulse to be fierce as a dangerous digression from my designated role.
I was to be Gentle and Quiet,
Winsome and Warm,
Never Unsettling,
Always Appealing.

If I dared disrupt another’s carefully curated comfort,
I would be extending an invitation to be perceived as Unpleasant.

And if I persisted, I risked becoming
Misguided, Malignant,
Strident, Dangerous,
Foolish in a most fundamental way.

At first — and for so long — fierce was to be avoided — and no matter the expense.

Yet a certain wild faith has remained within,
watchful,
waiting for when it will be welcomed.
Though it knows my weaknesses and defects, my failings and faults,
this wildness whispers insistently against all hesitation, vacillation, and trepidation.

What if I told you that
my fierce is a faith that roars and shouts a song called Belonging?
It sees and sings that each soul bears a constellation of fingerprints which exist to evidence
having been hand-crafted with great care by a Creator
whose very act of designing displays a deep delight in diversity.

This Creator has not only the unprecedented intention of loving each creation,
but also the stunningly unfathomable capacity to carry out that impulse
continuously, consistently,
unhesitatingly, unreservedly,
fiercely.

My wild faith in this fierce love expects me to extend it to others,
equips me to emulate it,
compels me to watch expectantly for the inimitable image of this Creator
that exists in each other;
to look with wonder at each one on whom this image and love have been bestowed,
which is every one of us, and which is me.

And so I am the one who must welcome my whole self into this world.
For when I see myself as worthy of such unflinching acceptance,
I can believe in the benefits of a world
where all are
encouraged, equipped, and even — especially — enabled to offer themselves the same blessing.

My fierce asks a question: doesn’t the purest form of fierce exercise acceptance with uncompromising equity?

The “yes” to this question establishes an expectation that is really an invitation
for my wild faith to walk into the open;
to welcome my fierce
while I welcome yours;
to protect all others —
not selectively, but collectively,
not just one, or a few, but all —
each one,
everyone.

Can I commend my convictions without condemning another’s as contemptible?
Will I intersect with this complex world
and have the courage to refrain from
downgrading,
deflating,
depreciating,
disparaging, or in any way
dissing those whose perspective differs from my own?

Even when my faith is cast as utter foolishness,
even when my principles are deemed imprudent,
even when my convictions are labeled as curious, cracked, or completely and inexcusably crazed;
even when my very self is seen as silly, stupid, or completely non-sensical,
will I reject the impulse to
caricaturize,
moralize,
stigmatize,
pathologize, or
demonize,
even those who believe their perspective disproves, deconstructs, trumps and debunks mine?

Will I allow every Other to inhabit the home of their hopes, traditions, and truths?
Will I refuse to presume that they (the people or the principles) have less value than mine?
Will I offer an unwavering welcome — even to one (or many) whose cherished convictions run contradictory to mine?

I admit to wondering and even worrying:
Will this welcome I want to offer be reciprocated?
Will the fierce that I am retrieving
result in my being received?
Or will it repel, become a reason for refusal, rejection, or redirection, saying
“find others whose fierce resembles your own.”

Even as I find my fierce, I fear I will be frozen out
by those who find my variation of ferocity to be fundamentally flawed.

Even if it requires something like forgiveness or — better — forbearance,
I pray to perpetuate a platform not of meanness.
I hope not to incite or invoke, but instead to invite.

Not fighting, flying, freezing, or fawning, but
staying, seeing,
waiting and wondering,
asking and listening,
hearing and hoping,
envisioning a future where fierceness — yours and mine — fosters flourishing for all.

Photo by Martina Misar-Tummeltshammer from StockSnap.