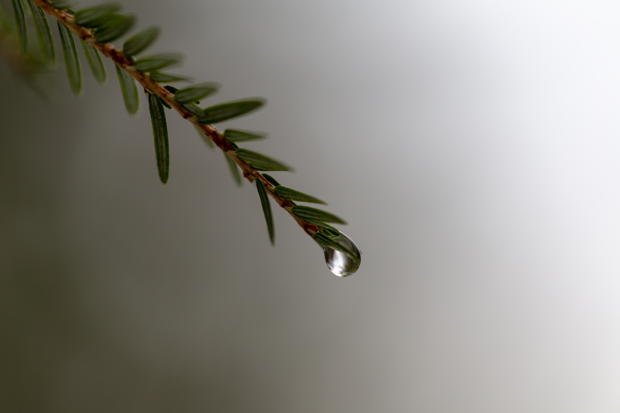 I was never pegged as the “smart” kid or labeled a “nerd” as a kid. I was the kid who made wigwams in the woods on our five-acre homestead and tried to fashion snowshoes with pine twigs and baling twine. I was the kid who also doctored the farm animals when sick and took a keen interest in the mysteries uncovered when butchering them (I saw no contradiction between my interest in healing animals and my curiosity about their insides). I did science with my older sister, two grades ahead of me, but I thought nothing of it. I simply knew I liked it and she didn’t. I assumed we did science together for my homeschooling mom’s convenience.

No one encouraged me to think of a career in science; I wasn’t supposed to think about a career at all. As a woman, my highest role in life was to marry and become a mother who educated her own children and taught them to known and love God. Or possibly, I could become a missionary instead. So at thirteen I declared to my grandmother I would not go to college. Instead, I would marry young, have a bunch of kids, live in a rural area, and homeschool them.

My parents, however, argued that having a marketable skill was important for women, in the eventuality they either didn’t marry or their husbands were disabled. I was not overly keen on the “caring for patients’ intimate bodily needs” aspect of nursing, but I liked science, and nursing was a good job which was flexible enough to nicely suit marriage and eventual motherhood. So at eighteen, I went to college for nursing.

At the end of the first year of college, I switched to biology, recognizing that my health issues at the time, my personality, and my interests all made me poorly suited to nursing. I planned to become a science illustrator. I’d always liked drawing and been good at it. Also, it was a flexible career that combined well with marriage and motherhood. I thrived on the science classes — genetics, microbiology, biochemistry, cell and molecular biology, and I began to tutor for the learning assistance program.

My second semester of tutoring, I began to work as a supplemental instructor. I had previous experience with teaching — conducting summer art lessons for homeschooled children and training a couple of my family’s horses — but teaching supplemental science sessions was different. When I taught, the social awkwardness I felt in most settings vanished. I knew how to relate to the students as a teacher, and nobody resented me for having the answers. Also, I truly loved coming up with ways to explain difficult concepts, worksheets to help students learn the parts of the human body, and practice tests and quizzes to help them gauge their grasp of the materials. In short, I realized God had gifted me as a teacher, and I decided that I wished to continue teaching beyond college. I knew I did not want to teach high school — I loved the difficult concepts, the complicated ideas, not the basics. I wanted to keep learning. I realized that this required graduate school. My plan developed — I would get a masters degree and teach part-time at a community college or a Christian college. This, too, would combine well with eventual marriage and motherhood.

I told my advisor about my plans. He liked them, but suggested I apply for a doctorate instead. The stipends were better, he told me, and it was easier to switch from a PhD to a masters program than to do the reverse. This seemed sensible, so I applied for PhD programs. While I write as if it was an easy decision, it was not. I recognized that in choosing to pursue a doctorate, I was potentially putting myself on a path to a career. I was entering the arena of secular science which I had been told was toxic and cruel to Bible-believing, faithful Christians like myself. I had been homeschooled and had spent the last three years in a conservative Christian college bubble. How would I manage in the real world? How would I find fellowship? How would I avoid sliding into the temptations of the secular world? Was this really a good way to serve God? Wouldn’t doing something more missions-focused be more Christian? I didn’t fully decide to apply to graduate school until the summer before my senior year. That fall and winter, I applied to three programs and prayed for guidance.

I got into two programs, and I found one which felt like home — Purdue, with its conservative agricultural and engineering culture. I accepted their offer. Hadn’t God opened doors, just as I asked? Immediately, though. I doubted my decision. I could see myself, ten years later, wearing unfeminine jeans (I’d grown up in skirts) and pursuing a career. Maybe not even following God. The image terrified me. I begged God for reassurance. God was silent. I prayed for peace. None came. I prayed for other true options to open if this wasn’t his will. Nothing, but an offer from the factory I’d worked at all summer. It was a dead end, not an opening, so I left for West Lafayette.

I spent the first year at Purdue alternately doubting my decision (helped on by massive homesickness and anxiety) and loving the world of research. At the end of my first year, after miraculously squeaking my GPA above the level needed to avoid academic repercussions, I felt reasonably sure I was where I should be. Then research and advisor difficulties set in. If I was supposed to be at Purdue, why wasn’t God blessing me? Why was everything so messy and painful? In the middle of it, God reassured me of his kindness, I found a path forward, and life began to look up. I emerged from the experience now certain I was where God wanted me, but uncertain of the future.

During the second half of my first year, I became involved in Graduate InterVarsity at Purdue. The staff person at Purdue became my life and spiritual mentor, and we had many deep and helpful conversations. One day, she asked me if I realized I “thought like an academic” about research and suggested I consider the life of a full-time professor as a possible option. In that simple question, I recognized God speaking to me.

The calling of God, is, I think, rarely a joyful and neat process. In my case, it involved several troubling and messy implications. First, if God was truly calling me to full-time academia, he was calling me to a career. Careers, in my conservative Christian childhood culture, were feminist, and calling a woman a feminist was the ultimate insult. Second, a career in academia meant not being able to ever be a full-time mom, should I have kids. Third, I was uncertain I would ever find a man with conservative Christian beliefs who supported my having a career. In my (limited) experience, being intelligent and focused on things outside the home wasn’t exactly attractive to most Christian men. Finally, it meant rejecting some of my parents deeply-held plans for me as well as some of the core values they’d taught me. I spent ten days that summer at a series of short workshops on biostatistics in Seattle, and in the evenings, I would sit in my room and agonize over whether this was truly the call of God. I can still vividly remember the slightly stagnant dorm room, the late afternoon sunshine streaming in, and Casting Crowns playing on my computer as I begged God for clarity and to keep me from making a mistake.

After I became convinced that I had indeed experienced God’s calling to academia, there were a few additional problems. First, I came from a tiny Christian college, had gotten into graduate school with virtually no research experience, and was a bit behind from switching advisers my second year. I didn’t exactly have a glittering C.V. to tempt future employers. Second, I still had health issues which required a lot more sleep than most academics seemed to get. Third, I felt utterly unqualified. How could I possibly become a person who could snag one of the rare and coveted tenure-track jobs when I didn’t even have one publication yet as a second-year? Reading through Romans, I found the section on Abraham, who believed in God, the God who “gives life to the dead and calls into existence the things that do not exist” (Romans 4:17). Perhaps the God who brought a child out of two ancient, barren people could make an academic out of nothing. I challenged him, if this call was real, to do just that.

Five years later, I can say that he did. He even gave me a husband who supports my career and loves my scientific mind. Imposter syndrome may have been behind my feeling that God would have to create an academic ex nihilo (out of nothing) with me, but in many ways he came close. Even better, he persuaded my parents of my call. Further, though younger me might have correctly divined that I would become a pants-wearing woman with a career, she was thankfully very wrong about my faith. God didn’t let me wander away in graduate school. Instead, he walked with me, led me, and changed me to know him better.

In this first segment of a two-part interview series, Tish Harrison Warren talks with Christianity Today managing editor Katelyn Beaty about the inspiration for her new book on women and work.

In Focus
By Scott Santibañez
“You Just Bought What?”

Scott Santibañez offers wise counsel about attending to the role of finances in relationships.