The Best Thing About Having Kids in Grad School 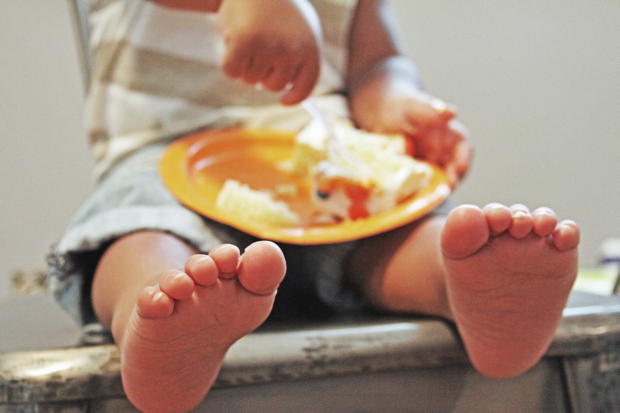 “This would look really bad on the nightly news.”

“What do you mean? my husband asked.

“Well, we just let a stranger leave for the park with our babies.”

“Oh, yeah, that won’t sound great if she doesn’t come back with them.”

We met our nanny through a friend of a friend. We didn’t even know her last name when we agreed to a trial day to see how we all felt.

Veronica turned out to be a wonderful nanny to our children and friend to me and Jeff. But our first day with her symbolized my whole experience of doing a doctoral program while also raising two babies: it was more random, chaotic, and full of grace than I could have imagined when I started out as a newly widowed doctoral student without children.

When I told friends and professors that I was pregnant with my first son, nearly all of them responded with, “That’s so great. How exciting!”

The second set of responses diverged. One group said something along the lines of, “Don’t worry. The moms all finish their degrees faster than the other students. Having kids will help you get focused and give you a reason to get back into the ‘real world.’ ”

Why were they responding to a worry I hadn't expressed? Did I seem worried? And I couldn't understand why grad school was a less real place than the high school where I had been teaching before grad school. Was I in a rush to get out into this so-called real world?

Another group told me more bluntly, “Don’t forget. None of the tenured professors here have more than one kid."

"Unless they are men,” someone invariably chimed in.

I always laughed, but the fact is that it made me sad.

My time in academia bore out the truth of both sets of "wisdom." In spite of falling in love, getting re-married, and having two sons while I was in school, I graduated earlier than many of my childless friends. It’s also true that I never got tenure, or anywhere close to it. (But that’s a story for another day.)

Having lived it, I can see how those two ways of seeing children, as either efficiency-inducers or tenure-inhibitors, are grounded in some of the reality of being a mother in grad school. What both of those beliefs miss, though, is the essential nature of children and mothering. Simply put, children are not instrumental. Even in cultures that depend on children to maintain the family livelihood, children can never be reduced to their effect on your productivity.

It seems morbidly commercial to view decisions around childbearing in this way, as determinants of one’s individual achievement and fulfillment. And I kept wondering what I was to do with the advice I was being given. Have a ton of babies and become an expert with Google calendar? Tie my tubes and publish more papers?

Instead, over time, I came to see these maxims as wholly beside the point. My babies were image-bearers of the most high God. Their gurgles and chub delighted me, and their cries when I was trying to finish a particularly difficult analysis annoyed me. They were human and delicious and delightful. They were also poop and vomit machines who more quickly than I had anticipated became card-carrying sinners. And all of my reactions to them — delight and anger and resentment — were fully human as well.

There is no "real world" outside academia anymore than there is a "real world" outside of my kitchen. God is present with us wherever we are. God is present with our children whenever we have them. It’s not that I didn’t need to change things about how I was a student after my children were born; I did. I got a nanny, worked later at night than I was used to, prayed more for my babies and a little less for my work. I never did figure out how to "balance" kids and work, as though they were on opposite sides of a scale; instead, I often found myself with a baby on my hip while leading a statistics study session and editing a paragraph while they splashed in the tub. In the same way that having more children doesn’t diminish our love for our first child, our vocations do not suffer from additional callings. God has all the grace we need to flourish in our real world, even if it sometimes means sending your kids to the park with a stranger.

Photo by Candace McDaniel on StockSnap

Tara Edelschick (EdD, Harvard University, Human Development & Psychology), mother to three children, spent the last thirty years teaching: in a New York City high school, the Graduate School of Education at Harvard, and a community of homeschoolers in Cambridge, Massachusetts. She currently volunteers with Emerson Prison Initiative, teaching college courses to men in prison. She blogged about homeschooling with Patheos at Homeschool Chronicles. She’s also contributed a chapter on grief to Matters of Interpretation and shared her testimony in Christianity Today.

Blog
By Leonie Westenberg
Taking Time Out: My experience sequencing family and career

Discussions over coffee with my younger colleagues often centre on work and family life. Yes, this is still a question as well for many women in Australia in graduate school and post-graduate school...

While raising their young children, Carmen Imes and her husband found creative ways for their whole family to contribute to the completion of her PhD program.