The Making of a Leader

When I was in kindergarten, I gathered my girlfriends together on the playground, directing them in my plan for recess: capture Brad Wilson long enough for me to plant a kiss on his face. I mobilized the troops with a strategy to reach every corner of the schoolyard. Once someone had their eye on the unsuspecting Brad Wilson, they were to tackle him to the ground and call me over. I would run and plant one on him. Within minutes, the plan was in motion, and we accomplished our mission. I’m certain I traumatized Brad Wilson that day. A leader at age five; what could stand in my way? 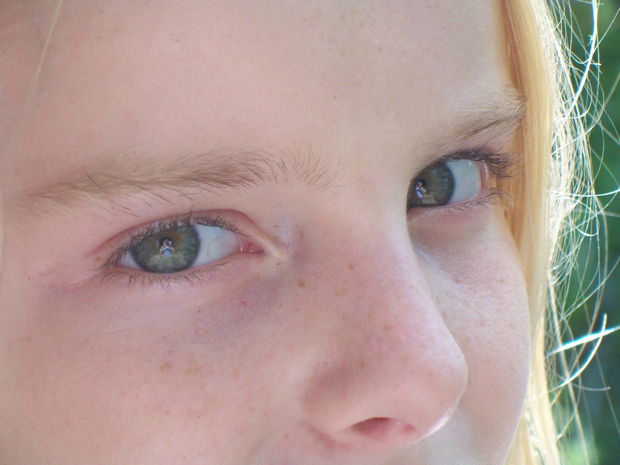 My Dad was my biggest cheerleader, confident that I could accomplish anything. He saw my abilities to gather and mobilize people in order to accomplish a vision.  He saw how much I enjoyed people and the influence I had with others. Seeing the pile of shoes in the front foyer every weekend, he praised me for being the “social coordinator” for my group of friends and for making our home the hangout place. It was not a surprise to him when I won the eighth grade “Citizenship Award,” given to students who had good grades, a positive attitude, and were respected by their peers.  After I received the award, Dad said, “No one will ever care how high your GPA is, but if you continue to love people and work well with them, that’s what will make you a good leader. That’s what matters.”

Through high school and into college, I continued to grow in confidence with my relational influence and ability to work with people. From my parents and the mainline church I grew up in, I saw women in leadership and I saw partnerships between men and women that were seemingly equal. When my faith came alive my sophomore year in college, I began to lead ministry in my sorority, and it was exciting to see God transform not only me, but my friends, too.

But there were some problems. A nagging self-doubt was residing within me accompanied by internal voices that said, “You can’t handle the pressure of leadership,” “You don’t really know enough to be the leader,” and “You don’t want to look foolish if you fail, don’t risk being the leader.” Fear of being inadequate seemed to linger in my heart, and chiseled away at my confidence. I wasn’t certain where these thoughts came from, but as I grew to know more of God, I wanted to know more of his assurance in these uncertain places of my heart.

As I waded into the waters of various Christian evangelical sub-cultures, I wondered, am I wired to be a leader after all? Women, I was told, were meant to be in the background, be supportive, and make more room for men to rise up and lead. Men were meant to be the leaders and women were meant to come alongside to help them. I needed to empower men in their leadership, and help them in any way I could.

Perhaps, I considered, my lack of confidence was still inside of me for a reason, because God never wired me or wanted me to be such a strong leader. I really enjoyed being a supportive person and empowering others, but I also enjoyed influencing and leading. Could I do both? Was I meant to do both?

I began to wonder if God made a mistake with me. I am a woman who loved being in the sorority in college, enjoys hospitality, loves people well, and appreciates a good pedicure. I am also a woman who thinks strategically, understands how to develop leaders, and can implement a visionary five-year plan. Do all of these things fit into the shape of a woman?

My sense of being a mistake was only enhanced as I faced the reality that I would never be asked to have higher leadership roles in the church I was attending. A second reality was all the people telling me that as a Christian woman in leadership, it would be very difficult for me to find a husband who would be secure enough to handle my personality.

I found the whole thing ironic; I was nervous to be a leader, because I wasn’t sure I could do it, and as I stepped into leadership I found I enjoyed it, only to find out many people wouldn’t know what to do with me now that I stepped in! I was perplexed . . . was it okay to go to a church that didn’t empower women? Did I even want to be empowered? Was I going to have to choose between being a single female leader or a married woman? Was I prepared to make such a choice? Yes, surely I’m a mistake, or I’ve messed up the blueprint God had given me.

I desperately wanted God to change me. I wanted to be “normal” . . .whatever that meant. I wanted to not be so “different” from other women I knew. It just seemed easier to not have to deal with this gift of leadership and influence. Maybe I could just stuff it down and not let it come out quite so much. Perhaps I would fit in better at church and I would be more marriageable if I didn’t lead so much.

Trying to squelch my leadership was about as successful as wrestling a helium balloon under water. I found my leadership qualities always coming up to the surface. I dated a pastor during this time who told me how much he appreciated it when I didn’t have an opinion about things, because it honored his leadership . . .could I try to do that more? Red flag on the play! Of course, this is not healthy. I’m sad to say I didn’t have enough confidence in myself, or my leadership, to immediately exit the game.

However, over time, I knew with integrity I had to be true to who I was and live into how God made me. Despite my hesitancy to be a leader, God continued to give me favor and put me into leadership roles in my career. I am grateful for male supervisors who called out my abilities and encouraged me in these positions. As I grew into more confidence that “different” was good, God continued to ask me to trust him. Would I trust God for my heart’s desire for marriage? Would I trust God that he had significant plans to use my talents?  Would I continue to be obedient to him on this journey?  I committed to not make any decisions out of fear, and would step into confidence as the leader he created me to be.

In this commitment to have confidence and not fear, God continues to give me leadership roles, which include directing InterVarsity ministry for the State of Indiana. I oversee 11 ministries in Indiana, a budget of over one million dollars, and lead a staff team of 17 people, including 12 men. God is rebuilding our ministries in Indiana using my leadership skills, combined with our staff team’s talents, allowing us the privilege of seeing lives change for Christ all across our state. I’m grateful we are all owning our abilities and encouraging each other to use them for God’s Kingdom.

And no, I have not walked down the aisle, but I am dating someone who affirms my leadership and wants to know my opinions. (I don't think he regrets knowing those opinions . . . most days.)  I am grateful for him.

I am finding that as I own my leadership, I am learning to love myself and God more deeply.  I lead out of a confidence that comes from knowing I’m loved, chosen, and delighted in by the Lord. This not only gives rise to a more secure leader in me, but it makes for a more joyful and contented human.

God didn’t make a mistake with me or anyone else. As Psalm 139:14 reminds us, “I praise you because I am fearfully and wonderfully made; your works are wonderful, I know that full well.” I’m certain God gets sheer delight in watching his children love who they are, and use the talents he gave them.

May we own and honor all we are, all for his glory.

Christine Wagoner is an associate regional director with InterVarsity Christian Fellowship, where she directed their national women's leadership development program. She received her master of arts in counseling ministries from Trinity Evangelical Divinity School. Christine is married to Kurt and lives in Indianapolis, Indiana.

Doctoral student Chelsea Foster shares her path through a variety of open doors to arrive at her current program in Organizational Leadership.