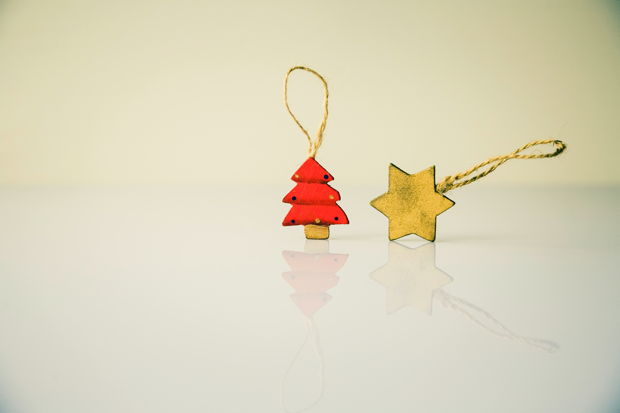 “Mommy, Erika says that a magic elf visits her house, and that every day it’s in a different place.”

“Oh really?” I respond to my first-grade daughter as I drive her and her sister home from after-school care. I flatten my voice as if distracted. Maybe, if I’m not interested, she won’t pursue the topic. But the next day, her voice exclaims from the back of the car: “I want an Elf on the Shelf!”

I groan inside. “Sweetie, we’re not getting an Elf on the Shelf. We already have our Advent traditions,” and then, tired at the end of my work day, I accidentally let slip: “I don’t want to have to move it around each night.” I won’t tell you the rest of the conversation, but you can bet I’m going to avoid Erika’s mom next time I see her.

It’s Advent. What I long for, what I hear my friends longing for, are silent, slow-paced opportunities to observe the Christian calendar as we remember Christ’s entrance into time with us.

But secular calendars defy my attempts. And daily posing an elf toy peeping over the toilet paper or dangling from the top of the refrigerator would fuel my despondency over the busyness of the season. Since my return to full-time academic status, I am barraged by demands for my time at the end of the term — adjuncts to interview, capstone presentations to attend, and students to advise. The hours I previously spent planning Advent rituals for my kids are reduced to a brief Sunday afternoon when I have no papers to grade.

I find myself texting my husband from work about the benefits package we must enroll in just after Thanksgiving. I’m in my Gmail account, letting my older daughter’s teacher know that I’ll volunteer for the class “winter party.” I’ve snuck in some minutes to write the family Christmas card while home with a sick child, and I’ve made use of a private moment in the bathroom to tap gifts into a virtual cart on my phone. Most days, after arriving home, my husband and I juggle dinner, piano practice, the kids’ showers, and, if we can, our family’s Advent readings.

Observing the church year is our way of recognizing our dependence on God. In Advent, a little Lent, we remember the desire for Christ’s coming, the need of him in the midst of our sin. We live in and remember the narrative that has joined together a longing for Christ’s first coming with the longing for his second.

But instead I feel forgetful or frustrated.

I’ve gradually realized that while maybe this isn’t the way life is supposed to be, it’s a mistake to assume that it’s been different ever since the angel with a flaming sword blocked the entrance to Eden.

When I look at Jesus’s life, I realize that he didn’t experience a purely religious calendar either. Galilee, where he lived, was a mostly rural area, relatively isolated from the rest of Palestine despite Hellenistic influences and Roman rule. During his life, Jews lived separately from their Gentile neighbors, kept the Sabbath, requested an exemption from worshiping the emperor, and avoided festivals where the food served was once presented to pagan gods.

In Scripture, we see that Jesus has a clear recognition of the Sabbath, goes to the synagogue, and joins in the Festival of the Passover. Yet, imagine his growing awareness at age twelve when he visited the cosmopolitan city of Jerusalem for the Passover and witnessed a bustling city where many were ignoring his own faith’s observance. I wonder if he asked the teachers in the temple about the meaning of the Passover — if he pressed them to share more about the God who called out a group of people with their leader Moses, a man who had grown up experiencing the festivals of the Egyptians.

Hundreds of years after Moses was schooled in Pharaoh’s court, the Greek historian Herodotus wrote of Egyptian festivals for their gods — song, wine, dance, sailing, and also sacrifices, self-flagellations, and obscene antics. Monotheistic, the Israelites were slaves in this environment, passing the gods’ sacred spaces, such as temples, where daily rituals were held, and possibly watching their Egyptian masters’ devotions to lesser family gods. Scholars speculate that the plague of darkness that began when Moses stretched his hand toward the sky was a challenge to Ra, the sun god who reigned supreme over the other Egyptian gods.

Moses and the Israelites longed to worship God unfettered by the culture around them. Jesus and his family must have desired the same during Roman rule. I’m not encircled in my daily life by the rituals of gods outside of the one God of my Christian heritage. But there is an oft-stated parallel with the gods of consumerism during Advent. And as much as I giggle at my friends’ photos of an elf doll in creative predicaments each morning, I understand my husband’s dismissal of it as a pixie who’s taking notes on behavior for a red-suited deity.

We live in an overlay of sacred and secular calendars, one designated day impossible to disentangle from competition with another. Even my celebration of Christmas day has no sheer quality — it cannot be unbound from both secular and spiritual influences. Frustration and despondency become gift as my longing is intensified for Christ’s second coming. I observe in small ways the church calendar’s rhythms to yearn for the fullness of another kingdom.

How can you choose when presented with a host of appealing opportunities? Carmen Imes offers a framework for decision-making.

In this third article in the series, Felicia Song suggests practical strategies for managing technology's intrusive nature and attending to those things we deem most important in life.