Giving up Being Right Even If I Am 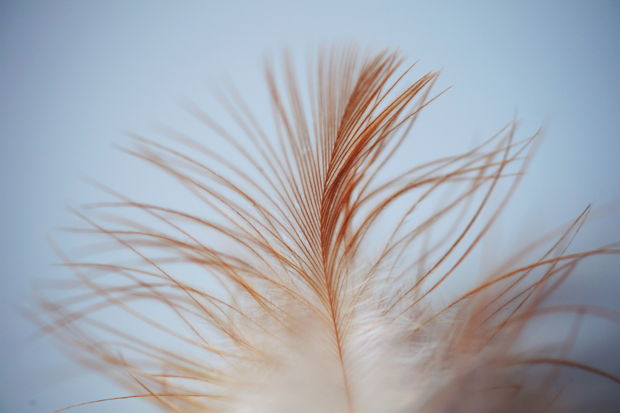 When it’s my turn to speak, it’s as if a bird caught in a snare is flapping its wings inside my rib cage. Feathers scatter and settle after I’ve spoken as I listen to what others are saying. I’m at a meeting that includes close friends, and I’m convinced that the value I hold is more important than the one they are prioritizing. The final result is a decision I disagree with.

The meeting ends, and as I chat with those near me, careful not to reargue my point, the bird inside me is still ruffled, cocking its eye about, and precariously holding its perch. It’s not until I am alone with my husband that night that I can let it careen about, expressing my confusion and pain.

This is how I started Lent: giving up being right even if I am. I have to let the bird go. There is one friend with whom I sense a loss of connection. I want to get together with her to talk about the topic again. But the bird cannot continue to peck within me, or stalk about whenever I gather with this group. Instead of embracing that bird, I have to embrace this group’s other gifts and the common values that draw us together.

This I believe is love. I Corinthians 13 is quoted at weddings. But the love Paul speaks about is not romantic. The chapter before is about the variety of spiritual gifts, and translators close that chapter with Paul stating, “I will show you an even better way” (CSB), and that is the way of love. If “love is patient” and “kind,” “does not envy, is not boastful, is not arrogant” or “rude” or “self-seeking” or “irritable” and “does not keep a record of wrongs,” then the bird must be released. I agree to disagree. There is no festering.

In Western Enlightenment-influenced Christianity, giving up being right can be tough. My viewpoint is based on knowledge that is hard-earned — I’ve researched evidence, I’ve read many books, I’ve had previous experiences, I’ve talked to wise people. I’ve prayed a lot. After all this work, others agreeing with me feels like respect. When they disagree with me, it would be easy but wrongful to take their disagreement personally — to become arrogant, self-seeking, irritable, and to keep a record of wrongs. One of my prayers this Lent is confessing, in Thomas Cranmer’s words, “anger at frustrations” — at obstructions to what I think is right and best.

Paul understood the underside of knowledge because he closes his passage on love by addressing the gift of spiritual knowledge. Knowledge “will come to an end,” he says. “For now we see only a reflection as in a mirror, but then face to face. Now I know in part, but then I will know fully, as I am fully known.”

“I know in part” — I am confident in my knowledge about a few things, but as the faculty who teach epistemology say, human knowledge is not exhaustive. The ethicist Oliver O’Donovan writes that our moral knowledge is “provisional” — because we know in part, we must be open to God showing us where our knowledge is incomplete, where we may not be entirely correct. I tell my students that I’m confident in a few things, but I am aware that much of what I think I know is subject to revision. Until the culmination of all things in Jesus’ second return, I will not know fully.

Giving up being right is not claiming I am wrong. Conflict is healthy when critique is allowed and words are said well and with respect. Having open and passionate disagreement when the situation calls for it is not animosity. But the flapping bird could have produced it, could have cawed, “I’ll show you animosity!” if I had let her loose in the meeting, if I had chosen my words differently, if I had used labels that stung. Thank God that though I was one of the few dissenting voices, the bird was held in check, and there was no animosity.

Giving up being right is praying for the last portion of Paul’s passage on love: an awareness of being fully known. In the Psalms, David prays for God to know him as he protests his integrity: “Test me, Lord, and try me; examine my heart and mind,” he cries in Psalm 26. Psalm 139 is more popular, and it concludes not only with the seeking of his vindication in the face of his enemies but also, “See if there is any offensive way in me; lead me in the everlasting way.” David slips in the possibility that he may do wrong, too.

If I was right in what I said during the meeting, God may vindicate me. If I was wrong, he may show me that as well. Maybe he’ll show all of us that neither perspective was entirely right. Whichever circumstance, he is the one doing the showing. The future is his, not mine.

In the meantime, the “everlasting way” or “the way of love” is dropping the matter, releasing the bird, and engaging with my prior enthusiasm for my community. The Apostles Paul and Barnabas “had such a sharp disagreement that they parted company” in Acts 15. No one is parting company here. Instead, we have a unity that reflects Jesus’ words: “By this everyone will know that you are my disciples, if you love one another.”

Tish Harrison Warren calls us to to listen well and to excercise humility and restraint on social media in these days.

We celebrate the life of one of the most gentle souls and spiritually powerful forces behind the ministry of Women in the Academy and Professions.