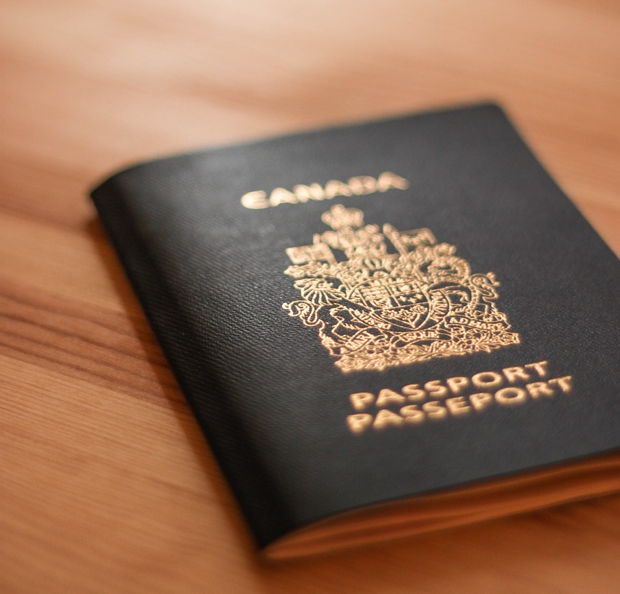 D523.The gruff man at the passport office tore off the number and handed it to my friend and me — each of us with a baby strapped to our chests. He had already turned us away once to search out another piece of paperwork and another notary seal.

Nine months ago, my friend Faith arrived in Canada, pregnant with a young son in tow. Soon after that, she gave birth to premature twin boys. Now she faces deportation, and immigration officials have tasked her with getting passports for her Canadian children, giving her one month to comply.

One month would seem ample time for so routine a responsibility. But nothing in Faith’s case is routine. Every day feels like the Monday that we tramp the wet city to get the applications in order. At 1:30 p.m., we are back at the passport office and handed D523.

The minutes slow to a crawl as I do the mental math, only to realize that if, in this case, D does in fact follow C, we are more than eighty numbers away from getting called, more than 120 minutes if the interval between numbers is longer than one minute. Anxiety rises, and I start fiddling with my phone.

“What number are we?” Faith asks, more than a half hour later. I pull the torn piece of paper out of my wallet for verification — D523 — and look again at the sign, which had not yet registered a single number beginning with D.

And as if proof that there really is a God, it was flashing D521.

This waiting room experience is the closest I can approximate to the state of watchfulness often commended to us in the Bible:

“Be watchful; your adversary the devil prowls around like a roaring lion” (1 Pet. 5:8);

Watchfulness is a word to describe an alert state of waiting. It signifies a readiness and anticipation. Paul uses it in his letter to the Colossians as a reminder, not just to pray, but to keep gratitude at the ready: “Continue steadfastly in prayer, being watchful in it with thanksgiving” (4:2). In other words, let us be vigilant enough, alert enough, awake enough to see the goodness and kindness of God flashing like D521. Thanksgiving is like training our spiritual powers of attention to notice the movement of God in and around us.

I need Paul’s reminder to keep “watchful” in thanksgiving not least because I am a recovering improver. Improvers, as you may know, have an eagle eye for inadequacy, mediocrity, and defect. Improvers are exactly the kinds of people (hypothetically speaking, of course) their pastor searches out when he is in desperate straits over the children’s ministry and needs an interim director. They are uniquely suited for this kind of job (I might know). They find shortcomings. They improve systems. They fix and repair. But if improvers make fabulous consultants, they aren’t the easiest people to live with. Improvers do not give credit for effort. Their standards, impossibly high, deliver crushing disappointments. In the kingdom of the improvers, everything is meritocracy.

Thanksgiving is a gift to the improver (and her people). In an important sense, it is the practice of embracing the imperfect and incomplete, even the unfinished work of one’s own soul. Against the iron will of the improver, thanksgiving says, “Not all can be made perfect here and now. But it can still be called good.” As improvers must realize, God is present in broken things, and he is longsuffering with broken people. God isn’t the Cosmic Improver. He is the prodigal father of Luke 15, generous to a fault.

There are other reasons for giving thanks — even if we don’t all crusade as improvers, we can be easily given to discontent and bitterness. This is, of course, the Enemy’s oldest strategy: to convince God’s people that he has not given them the good to which they are entitled; to persuade them that God, in his miserliness, has withheld their happiness. Did God really say? You shall not surely die. The fall of humanity was predicated on the ripe willingness to see lack rather than bounty — to rebel rather than to give thanks.

In my own experience, I am learning that gratitude and ingratitude are narrative choices. I can choose the way I tell my own story — and episodes like the premature death of my father, the suicide of my brother, the unexpected twin pregnancy, the years of what felt like permanent career foreclosure. I can choose, as I often have, to make my husband the villainous character who presumed upon my self-sacrifice for his own rising star. I can choose, as I often have, to find fault with the God who assigned me the messed-up family of origin. I can, if I choose, turn every past decision into some form of embittered regret, and though this is my narrative choice, it will prevent me from seeing the steadfast love of God that never fails.

But thanksgiving — in all things, as Paul commends in 1 Thessalonians 5:18 — chooses differently. Grief and loss can be recognized as ripe places for knowing God’s nearness, suffering as its own strange gift. A spouse’s career success can be mutually celebrated — a means for learning a humble gratitude for gifts others receive. Everything unexpected can be embraced as proof of the inscrutable ways of God: “For who has known the mind of the Lord, or who has been his counselor? Or who has given a gift to him that he might be repaid? For from him and through him and to him are all things. To him be glory forever” (Rom. 11:34, 35). If God is always good, for what will we not thank him?

My friend, Faith, is teaching me the power of thanksgiving. “I trust God,” she says quietly, when I ask her about her worries for the future. On the rainy day that we have been turned away from the passport office, she thanks God for the close proximity of the notary. When we’ve realized, at the notary, that she must retrieve an important document from her apartment, she thanks God that the streetcar is close and she has transit tokens in her wallet. When D523 registers and behind the counter we find a compassionate face and warm smile, Faith thanks God. She is keeping watchful in thanksgiving.

Reflections
By Jamie Noyd
Now Is the Time

Carmen Imes invites fellow academics to bless one another while in the conference environment.

Spiritual Formation
By Chandra Crane
To Those Who Are Studying

Laura Cline reflects on real faith in this original poem.