Hidden Gifts: One Woman’s Journey Toward Discovering Her Calling 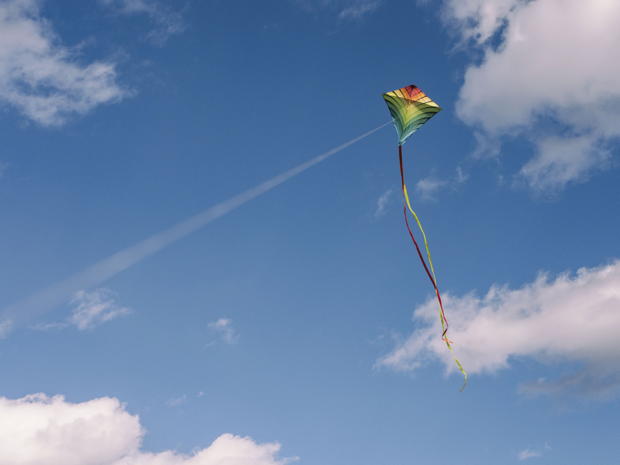 In Elizabeth Kostova’s latest novel The Shadow Land, the protagonist Alexandra embarks upon a journey begun by a chance encounter with a family with a tragic history. Her acquaintance with elderly family member Stoyan Lazarov reveals the impact the brutal post-World-War-II communist regime of Bulgaria had on this man. Stoyan began life as a violin prodigy who, through an unlucky circumstance, was sent to a harsh labor camp — not once, but multiple times. Although he survived and even succeeded in protecting his talented hands, in the end, his spirit was broken and his musical career destroyed.

His talent was a gift to the world — a gift that was stolen by an oppressive government who was protecting their own interests. This selfishness awakens anger in the reader who grieves the loss of this prodigious talent and moves us to wonder how many geniuses have been destroyed by similar situations. It also makes us wonder how many gifts have been stolen by far less threatening circumstances. What if talents have been hidden or diminished just because we just didn’t believe we could or shouldn’t use our gifts?

I had an unusual upbringing. My mother died when I was young, and I was raised by my father. He spoke to me as an equal, encouraged me to pursue my dreams, and endlessly debated with me on different topics as diverse as government structure and TV show plots. I did not see this as unusual, and because of it, I truly believed that I was capable of accomplishing great things. In addition, I read a wide variety of great literature that took me on adventures of great daring and heroic feats. I was King Arthur pulling the sword from the stone, clever Bilbo hiding his discovered treasure, or bold Beowulf slaughtering Grendel. It never bothered me that most of my heroes were men. I saw myself in them and believed I could do those things as well. It never occurred to me that fulfilling a calling might be different as a woman.

In college, I became a Christian. It was an answer to the longings of my heart. Finally, a place where the adventures mean something — an overarching theme that makes sense of it all. I was excited to begin my own adventure, thinking initially of becoming a tribal missionary. It wasn’t long into my journey that I realized that there was an aspect I hadn’t considered — that of being a woman.

When I was younger, I felt certain I would be a writer and speaker. When I became a Christian, I wasn’t so sure how this would work. As women, and Christian women, our dreams are often riddled with the expectations of those around us. The church often tells us that our jobs are home and children. What if we don’t fit into that mold though? What if we’re single or childless? Or what if we are married and have children, but still have a calling on our lives?

Our American culture isn’t much better. Women are pressured to be beautiful, sexy, and strong. Where the church may seem to tell us our impact is limited, the world seems to lay the burden of it all on our shoulders. Added to this are the expectations of family and responsibilities — and somewhere in the midst of all these voices, we can no longer hear God’s voice to us individually, as people and not just women.

While I would hardly consider myself a person of prodigious talent like the character Lazarov, I too have something unique to offer the world which is more than my progeny and support. I too have a talent for which I am responsible. While the term talent in the parable of the talents (Matthew 25:14-30) is probably not meant to be interpreted so literally as actual talent, I still find the word serendipitous. We too have been entrusted with gifts and an expectation that we will do something with it. Hiding it because of the expectations of others will not make the hiding any more acceptable. Instead, I have a responsibility to work with the gift that is given me —  to multiply my talent.

In Andy Andrews’s book The Traveler’s Gift, the protagonist David is sent on a journey throughout the ages to learn important truths from people of history. His last stop is different, though. In this stop, he is sent to what appears to be a large warehouse filled to the brim with a huge collection of different items. It is explained to David that this is “the place that never was....This is the place where we keep all the things that were about to be delivered just as a person stopped working and praying for them. The contents of this warehouse are filled with the dreams and goals of the less courageous” (chapter 9). Some of these include cures to diseases, fantastic inventions that would have changed lives, and even children that parents were too financially fearful to have. It is the place where possible dreams died because people were too afraid to pursue it.

Though I am a wife and mother of three kids, I have recently started my doctorate. I am well acquainted with the fear of it. I daily struggle with feelings of inadequacies and perhaps the sense that I’m being selfish. When I told my college mentor whom I hadn’t seen in years that I was going to get my doctorate, her response was less than favorable. She said that she too had considered it herself and had decided it would be too stressful on her family. I felt a bit chastened for pursuing my dreams. But then — aren’t I a person too? And do I perhaps have something of value to offer the world that would otherwise end up in the place that never was?

We as women have a responsibility to figure out what our contribution is because we are all invited to be a part of God’s great weaving of people and events. For some of us, it may be the huge task of mothering, but this should not be the only option. God has created us all with a diversity of gifts and opportunities. Though he isn’t dependent on us to accomplish his purposes, he invites us to uncover our talent and share it with the world. What we bring may not be so obvious as a great musical talent, but we should find it nevertheless. It is our great gift to the Giver of all gifts and talents.

Tatyana Claytor is primarily a lover of story and truth. As an English teacher, she is surrounded by the stories of the ages, but as a lover of God, she is enveloped in the Story beyond all ages. Her desire is to know the Author of this story as clearly as possible that she might help others see God’s truth in their lives and His plan in their stories. She currently lives in Cocoa, Florida with her three story-loving children and her husband, a minister of Youth and Missions. She has a Master’s degree in Education from Nova Southeastern University and a Master’s degree in Professional Writing from Liberty University. She is also the editor for GrowthTrac Ministries, a website dedicated to helping marriages. Her work has been published in Fathom Magazine, Emerging Scholars, Christian Courier, and on The Redbud Post run by The Redbud Writer’s Guild of which she is a member.

What is the role of story in our spiritual formation? Listen in on our interview with Sarah Arthur, author of the recent spiritual biography of Madeleine L'Engle, as they discuss literature, writing, and our spiritual journeys.

Reflections
By Carmen Joy Imes
Already, but Not Yet: Reflections on Adjunct Teaching

Carmen Imes reflects on the challenges, gifts, and opportunities that come from serving as an adjunct professor.

In Focus
By Steve Turley
Good Brothers: Whatever Is Necessary

Steve Turley plants himself proudly in the professional shadow of his gifted wife, encouraging her success in specific ways.