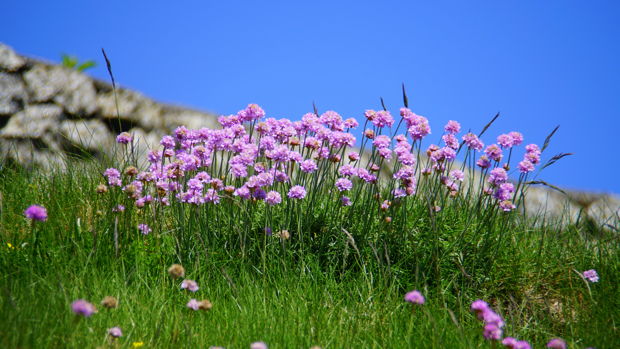 My childhood love of Laura Ingalls Wilder's Little House books sparked a lifelong interest in American frontier life and led me to a research agenda that I found difficult to align with my Christian faith. I thought my work as an historian didn't allow for integration of faith and academic work in the same way a scientist might see God's hand in creation. Instead, I saw my Christian vocation in the academy to be serving others through teaching. I'm learning to see both my teaching and my research as moving us toward God's call to justice.

As Christian academics, we often hear a call to integrate faith with our academic lives. We might want to answer that call, but the ways to do so aren't always clear. I was first challenged to integrate my faith with my academic life through my participation in InterVarsity Graduate Christian Fellowship as a doctoral student in History. I admired my friends in the physical sciences, who spoke reverently of admiring God’s majesty through his creation – from the cosmos down to the structure of a cell, but I struggled to see how I could live out my faith through historical research. I didn’t feel called to study biblical or church history. My chosen focus area, the 19th-century American frontier, seemed antithetical to identifying God’s hand in shaping human history. The white frontier families that had fascinated me since childhood moved west seeking a better life for themselves and their descendants, but their actions writ large produced great injustices in the name of “manifest destiny.” The more I studied the American West, the more I realized how many different ethnic groups had lived in that region, and how poorly they were represented in the typical frontier narratives. And the more I learned about the devastation European and Euro-American Christian missionaries wreaked on indigenous peoples through disease, ecological and cultural transformation, and forced labor, the less I could stomach viewing their actions as being part of God’s plan for his beloved sons and daughters.

Unable to resolve that conflict in my research life, I instead embraced a call to serve the Lord through my teaching. Speakers such as Kenneth Elzinga persuaded me that teaching on a secular university campus could be my mission field. I could not preach about my faith in a secular college classroom, but I could model Christ’s love to my students. I could treat each student with respect, loving them as individuals created by God. Disregarding my professors’ expectation that I would follow them into the “publish or perish” realm, I could focus on teaching my students well even to the detriment of my research agenda and thus my professional prestige.

Even as I worked to be a faithful teacher, my heart for cultural diversity persisted. As my research agenda became increasingly focused on white, middle-class Americans, I grew more determined to challenge my students’ conceptions of the American West as a place dominated by the very people that I studied. I redesigned my introductory US history course to emphasize historical empathy — understanding the experiences and perspectives of diverse Americans — and downplay accepted narratives dominated by Great White Men. In lectures and assignments, I challenged my students to value and respect the experiences of all peoples past and present, in keeping with God’s heart for all creation. I eagerly embraced pedagogical innovation even as my research agenda remained narrowly defined and safely focused on accepted narratives.

My “safe” dissertation project traced changing gender norms and ideals among the white settlers in Oregon between 1845 and 1900. Through that project, I grew interested in how western residents depicted those Oregon Trail emigrants in monumental sculptures produced in the early twentieth century. I discovered that Americans across the United States erected remarkably similar images of white women in sunbonnets walking westward in the 1920s and 1930s. Not only did those statues honor grandmothers who somehow managed to cook, sew, tend children, and even give birth while crossing the continent by covered wagon, the statues’ sculptors and donors also intended them to celebrate the coming of Euro-American “civilization” to the Wild West. Although I set out to compare depictions of women’s roles within the statues, I found myself instead writing about those women as symbols of advancing white civilization to supposedly savage lands and peoples. My gender project had turned into a race project, taking me outside of the comfort zone of my academic training.

I faced an academic identity crisis. My research project challenged my intellectual allegiance within my area of specialty and forced me to rethink the childhood fascination with frontier life that first inspired my research focus. Into that existential crisis, a trusted friend spoke important truth to me: my background as a Little House on the Prairie aficionado actually made me the perfect person to challenge people outside the academy to consider the costs of settler colonialism, which critiques those frontier families as contributors to conquest. My research expertise on pioneer mother monuments, my teaching emphasis on manifestations of racial inequality, and my desire to reach wider audiences suddenly aligned — precisely as those wider audiences were uniquely primed to hear what I have to say.

When I began this research project in 2007, I was one of a handful of American historians and art historians who were writing about depictions of race or gender in public statues. By the time I sat down to wrangle the various aspects of this ever-growing project into a single book manuscript in 2015, it seemed that everyone was talking about public monuments. Outrage over racially-motivated shootings of nine African-American worshippers at Emanuel African Methodist Episcopal Church in Charleston, South Carolina, and unarmed African-Americans by white police officers fueled challenges to Confederate battle flags and other Confederate imagery. Suddenly the American public was debating whether to remove century-old monuments to Confederate soldiers, and my own research took on new meaning both within and beyond the academy.

After more than a decade of growing pains, my book is written and will be published next year. I am challenging my students to interpret depictions of gender and race in local sites and to present their interpretations to our community. Because my topic is suddenly so timely, it is attracting attention within my academic subfield, and in the broader community. I believe God placed me in a unique position to open conversations about pioneer memory that can encourage diverse citizens to value and honor the experiences of all peoples, just as God loves every diverse individual. I remain wary of looking for God’s hand in shaping our nation’s history. But I believe that studying past injustices can motivate us to act justly, love mercy, and walk humbly with our God (Micah 6:8). I now believe that, alongside my vocation as a faithful teacher, I also have a vocation as a faithful researcher whose work invites us toward God's call to love our neighbors and work for justice in our communities.

Cynthia Prescott is Associate Professor of History at the University of North Dakota. Her latest book, Pioneer Mother Monuments: Constructing Cultural Memory, will be published in 2019 by University of Oklahoma Press. You can explore those monuments for yourself at her website, Pioneer Monuments. She lives in Grand Forks, North Dakota, with her husband, two daughters, and an overly friendly dog.

Over the last few days, while tucked safely inside as snow has fallen, I watched the final film in the Lord of the Rings trilogy, The Return of the King. It has, arguably, my favorite scene . . .

The third of three original monologues exploring Christian vocation, what it means to bear the Word to the world.