How "A Man Called Ove" Teaches Us What We Really Want 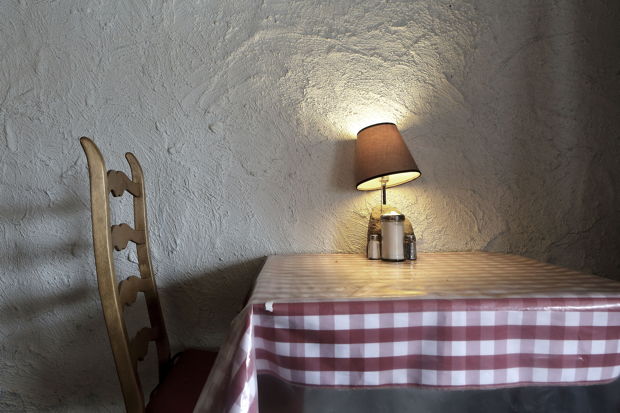 This summer, I sat on a beach on a two-day getaway with my husband and blinked back tears reading the New York Times best-selling novel, A Man Called Ove. I didn’t expect to be so moved by it; it is after all, the story of an angry old man in an ordinary neighborhood trying to kill himself. The novel follows Ove as he attempts to end his own life after his wife’s death. He’s grumpy, a recluse, and only wants to be left alone to die. There’s the hook meticulously installed in his ceiling waiting for its debut so Ove can join his wife. He’s not the first character you’d pick to cry over.

The book starts out clearly enough: Ove is fifty-nine. He drives a Saab. He dislikes cats. As readers, we start to distance ourselves from the main character; he’s unlikable. Why is he so angry? Can’t he give someone a break? He’s overbearing. He can’t navigate his way through an Apple store without causing an altercation. He yells at stray animals and rebukes teens putting their bikes away improperly. He spends his days enforcing petty parking rules and nursing a grudge against his neighbors who do things on whims rather than principle.

But like all good characters and all good novelistic transformations, we are let in — little by little — into Ove’s world. He remembers his childhood and young adulthood: being orphaned, working several jobs at once, making do and building his own house. Then one day he sees her — the woman who would turn his world to color — and each day, he takes the train with her in the opposite direction he needs to just to be closer to her. We see their love grow, a quick marriage, and the accident that paralyzed his wife and took his unborn son from him. Ove becomes human: he is shaped by his loss — it just comes out as curmudgeonly anger.

The beauty of the novel is not in the history of his loss — though that drives our readerly compassion — but in its hopeful present moment, through Ove’s overly friendly Iranian neighbor, Parvaneh. Ove becomes friends (at first, unwillingly) with Parvaneh and her two daughters (who look up to Ove as a surrogate grandpa). It’s in all their little neighborly interactions — Ove has to drive her to the hospital since she can’t drive, Ove is forced to help fix things since her husband Patrick seems inept with tools — that a friendship emerges. Through the course of months, his heart warms and it spills over into Ove forgiving the injury that led to a frozen feud with a neighbor who the state is threatening to move due to his dementia. Ove even ventures into the Apple store again to buy a present for Paravenah’s daughter.

The magic of Ove is that we all have an Ove inside of us, or next door. We’re loath to reach out and sometimes we need a bossy neighbor who’s dead set on creating community. We need children who draw pictures for their elderly neighbors and value them as friends. We need someone to warm up our hearts so we can see that our own loss does not have the final say. We need people who inconvenience us so we can live for more than ourselves and our comfort. We need people to draw us out of hiding — even the dark, unkind, and angry parts of us. We need people to remind us that life is always worth living — not with platitudes but in all the messiness of community. That when we make ourselves available for community, we can still be surprised no matter our age.

This message of inconvenient neighborliness is balm for our age where we’re either driven to overshare through polarizing rants on Facebook or finding ourselves neglecting the real, vulnerable relationships in our on-the-ground communities. We want a world where we can acknowledge that pain, anger, kindness, and loneliness all co-exist. This is perhaps how a quirky book went from a bestseller in its native country (Sweden sold 840,000 copies) to getting translation rights in 38 countries and becoming a word-of-mouth bestseller in the US with more than a million copies in print. A Man Called Ove hits a worldwide nerve.

We all want someone to see the worst of us yet barge in anyway, offering baked goods or needs to be filled. We hunger to be known and needed or all we have left is a hook in the center of our ceilings.  To know we are not alone. To believe we are not unworthy of love. To help us see we are needed, even in our flaws. That is how love grows. Today, we manufacture needs, we helicopter-parent our children, we sustain petty disagreements — all because we are desperately afraid of life slipping through our fingers and of being of no use to anybody. Of growing old like Ove’s Saab.

A Man Called Ove is a beautiful story — but like most satisfying novels, we are left with the hint of an ache. We’re left with a question: can this community be true on the ground? Can we be a part of something where we’re able to be honest, messy, and broken but also pushed towards what is true? Where we are loved enough to be asked hard questions and ultimately spurred on to find and enact what is good?

Most of the time, the messy and good looks like my heart beating faster when I’m called on to say the hard thing, or the flush of shame when I’m on the receiving end. It doesn’t feel like home repairs and banana bread left on the doorstep. But sometimes it does. Sometimes we see glimpses of this community in leisurely lunches full of good questions, in surprising conversations that bubble up about vocation and God as we walk. Sometimes neighborliness begins to touch that ache to belong.

The Bible calls this community the church – where we break bread together, where we ask forgiveness of one another, where we lovingly point out sin patterns, all to get closer to Jesus. Jesus calls us to live that community outward, to bring hospitality out into the street or even to our grumpy neighbor. Like Ove, we’re all waiting to be saved from our navel-gazing and fear that we’re past our sell-by date. But maybe it’s time to be the one who seeks. We might be surprised; we might find a neighbor on the other side.

Ashley Hales (PhD, University of Edinburgh) is a writer, speaker, and host of the Finding Holy podcast. She is the author of A Spacious Life and Finding Holy in the Suburbs and her writing has been featured in Christianity Today, Books and Culture, and The Gospel Coalition. Ashley is married to a pastor and the mother to four children.

Gretchen Ellis gives us a peek into Holly Ordway's story of transformation.