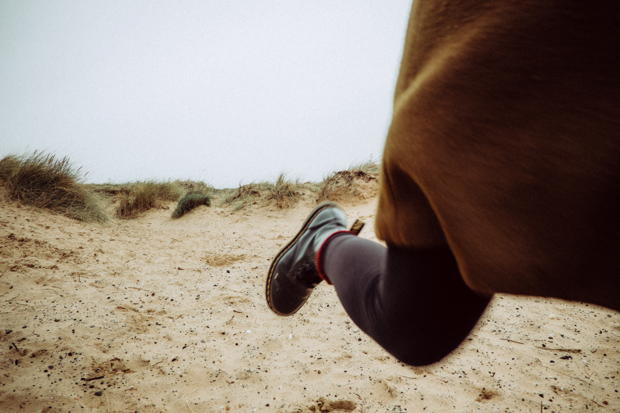 Last week I talked on the phone to a dear friend with whom I had lost contact for a number of years. She said she had found a handful of things of mine published online, including “a short piece you wrote on time — and I’m sure you have gotten endless comments on this–but the topic is so fascinating.” I have not, actually, gotten many comments on the piece, in part because I don’t think I told many people it existed, and in part because Cardus is a Canadian Dutch Reformed organization whose publications are not widely read in the States.

The most provocative question in the Cardus piece is about time; in particular, about whether, as Christians, we ever get to say “I don't have enough time.” I argue no: because God made the days the length they are, and made us creatures with the need to sleep, and understands our limitations. Therefore, what we are each called to do fits in the hours we are each given. As a wise TA of mine in seminary put it, “we are often tempted to say ‘there is not enough time.’” In the comments (which I can’t find now when I look at the piece), a thoughtful bookstore owner and father strongly disagreed with me, describing family life and service and work and their overlapping and conflicting demands in the context of a short, short day. I know exactly the feeling he described: that I am faced with a situation in which the best I can do is to rob Peter in order to feed Paul. (Or: rob Lucy to feed writing; rob myself to feed Jim or our marriage; rob our community to feed our family.) If that is true, then my claim that it is heresy from a Christian perspective to say that we don’t have enough time is adding insult to injury. It is piling guilt on top of the agony of choices that never let us do justice to anything or anyone.

The question is still urgent to me, and it is, in spite of my previous self’s confident pronouncement about heresy, not one that feels easy to answer. In our phone conversation, my friend and I agreed that we are at our worst when we hurry. “I have,” I told her, “done categorically the stupidest and most harmful things that I have ever done, at times when I was rushing around late to something.” And it is true. I am silly when I hurry. I lack judgment (never mind perspective). I am irritable. I am quick to blame others (often for my own mistakes). I see people not as people (never mind as beings made in the image of God) but as tools or obstacles in my quest to get caught up again, to make it in time, to be okay.

I once heard of a study in which seminary students were given the assignment to preach a sermon on the parable of the Good Samaritan. They were given a room number and a time to deliver their sermons, and when they got there, they were told it was the wrong room and that they needed to be on the other side of campus, which meant they were now late. On the student preachers’ path to the correct room, the study organizers planted a person lying on the ground, moaning aloud in obvious distress. What did the students do? They hurried past.

This study haunts me because that is exactly what I would have done. Even with a sermon on the Good Samaritan in my mind and heart—make me late to anything in which I am invested, and God help anyone along the way who seems to need me to stop. Because I will not be stopping.

But even though I have known for some time that I am at my rock bottom worst when I am in a hurry, I have not succeeded at eliminating hurry from my life, even to the extent that it is within my control. “I think,” my friend said, “it is partly hard not to hurry because being busy, being under some pressure, elevates our heart rate and tells us what to do next and gives us a shot of adrenaline, and those can feel pretty good.” It is hard not to hurry because if I don’t need to hurry (says a persuasive voice in my head), then maybe nothing I am doing really matters. When I asked her why she thought hurry had such power over us, why it felt worth it to be such an awful person in order to meet its demands, she said “I think for me it is because I have an idea of myself that is some distance out from who I really am. And that idea of myself is at stake in meeting the demands of hurry. If I don’t meet them, maybe I am not really much of anyone at all. Maybe I have no real shape.” Her answer felt uncomfortably true. I can’t be late to the sermon I’m supposed to preach. I’m not the kind of person who is late to my own sermon. And if I am that kind of person, then—who am I? And can I live with being that person? Hurry’s shot of adrenaline comes from chasing an idea of myself that is, as my friend said, “some distance out from who I really am.” If I live pursuing an idealized version of myself, I am setting myself up to be behind, always, and never to be present in my own skin, where I am, now. As John Ortberg writes in The Life You’ve Always Wanted, hurry is a sickness that makes us incapable not only of enjoying our own lives, but also of hearing God and seeing or loving anyone else. And that’s if everything goes smoothly. If anything gets in my way, then I am not just passively incapable of love, but actively violent. It turns out my whole sense of self is on the line—because I am ten minutes late.

The question “do we have enough time?” is incomplete. In order to answer it, we need to know, enough time for what? I think my TA (the one who said that we are tempted to say we don’t have enough time, and who, incidentally, also had four kids and was writing a dissertation) had in mind something along the lines of “enough time to be where God is calling us to be right now.” I do not think we always have enough time to be rested, or to feel imperturbably zen, or even to get enough sleep. If Christ is our model, we don’t always have time (or whatever else we need) to live to a decently old age. But we do have time to be who God is calling us to be right now.

The question “do we have enough time?” can be an escape for me. It is easier to puzzle over it philosophically than it is to face the places in my life where I know quite well that I am making choices, unnecessary choices, that will lead to my being in a hurry not long from now. Which means I am choosing to be the worst version of myself at some point in the future.