Longing for All Things to Be Made Right: This Advent for Women 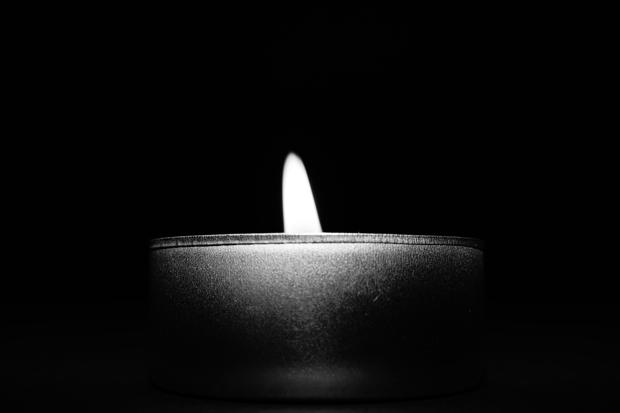 Abram was being a idiot. Those aren’t the exact words my husband said in response to my daughter’s question, but the implication was there.

It’s day four of our Jesse Tree, an Advent calendar that reflects the genealogy of Christ. This year we’re using The Action Bible, a graphic novel storybook Bible, and the story of God’s calling of Abram (later Abraham) includes his lying to the Egyptian pharaoh about his wife Sarai being his sister. He was protecting his own skin but not the skin of Sarai, who was a hair’s breadth away from sexual relations with the Pharaoh. Our daughters, seven and nine, although not in complete understanding, are offended. And so am I. How had I lost the grievousness of Abram’s sin in my familiarity with the story?

I appreciate the Jesse Tree because it satisfies the approach that Advent is to be bittersweet. And this year, it seems I am reminded repeatedly of sins against women. Soon we’ll hang the harp, the symbol for David, and although we may not read that portion of his life, I will remember that he eyed a married woman and ordered his servants to fetch her for him.

Today, my newsfeed on social media is filled with friends sharing another story of how the culture of a church can facilitate the abuse of women by leadership. I grew up in that particular type of church, and I’m not surprised. The pastor was treated as a divine interpreter of God’s word, and critique was discouraged.

But I’m tired that things haven’t changed. Tonight, my family hung the symbol of wheat on our ornament tree. We read the story of Ruth and Boaz, including Boaz telling his male workers to keep their hands off Ruth while she was picking up the leftover grain. I’m glad for Boaz’s integrity, but I wish that the people of God who worked for him didn’t have to be told. Things are not all right.

When I researched the history of the Jesse Tree, I found little. It reflects the genealogy of Christ, inspired by Isaiah 11:1: “A shoot will come up from the stump of Jesse; from his roots a Branch will bear fruit.” There is historical reference to the Tree of Jesse as medieval sacred art, depicted at the beginning of Psalters and in church buildings. Jesse is usually at the bottom of the tree with the branch emerging from his body. But in many of these depictions, as a friend pointed out, no women except Mary are represented. For instance, the sparkling jewel tones in the twelfth-century stained-glass panels of Chartres Cathedral in France give examples of “generic kings of Israel” but not Ruth or Rahab (both found in Jesus’ genealogy in Matthew 1) — just the virgin. Things are not all right.

I was grieved some months ago by the news about megachurch pastor Bill Hybels’ inappropriate behavior toward some of his female employees. In college, I read Hybels’ book on character for a class in discipleship. I gained my working definition of character from the book’s subtitle: “character is who you are when no one’s looking.” Despite having never attended Hybels’ church, Willow Creek, I felt betrayed. Things are not all right.

And yet in this longing and grieving, I am finding myself complicit with a culture that assumes women should see themselves as lesser than men, making themselves more likely to be subject to abuse. At Thanksgiving, as we all jostled for our chairs at dinner, I announced to the young cousins: “Two of you girls will have to share a seat.” My sister-in-law added “or two of you boys.” Without a thought, I assumed it was more appropriate for girls to have to squeeze together and be limited. Things are not all right.

That brought back another memory from just a couple weeks before. I had observed a speaker lecturing and scolding an audience. “What’s wrong with them?” I asked my husband later. “Couldn’t they see how many of the men especially were squirming with discomfort?” He looked at me: “Why are you thinking of the men? Maybe the sad thing here is that the women are so used to being treated like children that they don’t even show it.”

Ouch. God, forgive me. Things are not all right.

In remembering the longing for the Messiah’s first coming, I long for his second coming. Because of the coming of Christ, I’m able to experience the gift of the Holy Spirit. The Emmanuel — God with us — sent his Spirit to be with me constantly. But living in “the now but not yet,” waiting for the consummation of God’s kingdom, there are still things to be made right by Christ. And I’m one of them. God help me, I’ve got girls to raise.

In God’s grand narrative, He is moving us toward Christ’s Second Coming and that includes Judgement Day. I’ve been told to fear it because “each of us will give an account of ourselves to God” (Roms. 14:12). But I anticipate it, first because Christ’s love has covered my sins. And he has, as I see in Christ’s imperfect family tree a movement toward him — his Father’s love coming through in rescuing Sarai, in forgiving David, in teaching me.

Second, my grandpa told me long ago that after experiencing the injustices of the world and realizing that sometimes justice isn’t met on earth, he longed for the Day of Judgement, and now I do too.

New life is always messy. And it can seem alien at first. Add to that realities like fluctuating hormones and the transition can be hard. When I was pregnant, I tried everything, including eating saltines...