My Soul Waits for the Lord: Celibacy and Christian Witness 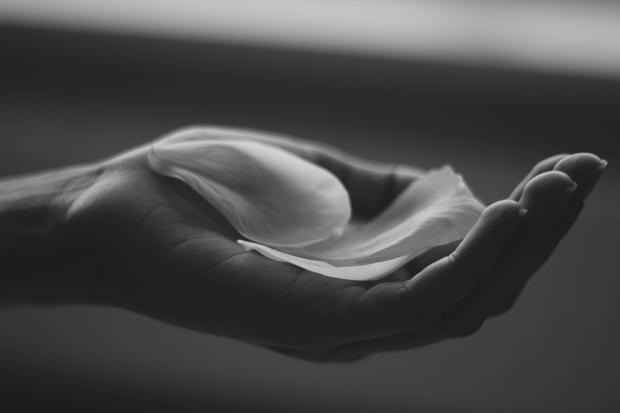 I’m an unmarried thirty-something woman attorney – typical for Washington, DC — but some days I feel strange. I’m also a black Anglican evangelical who has flirted with monasticism, living celibate in a world that finds sexual restraint odd and wholesale abstinence downright baffling. In the evangelical church, celibacy tends to fare only marginally better. Both cultures imagine celibacy unnatural, and both expect sensible, healthy people to end it as soon as possible. (The church – importantly – maintains that “as soon as possible” means “through marriage.”)

And if celibacy is unnatural, then virginity is incomplete. Kathleen Norris brought this to light for me in The Cloister Walk, noting that the dictionary “defines a virgin in terms of incompleteness, as ‘a person who has not experienced sexual intercourse.’” She goes on: “The adjective virgin is defined in a more revealing way, as a ‘pure, natural, unsullied state, unused, uncultivated, unexplored, as in virgin territory,’ a definition that allows for, and anticipates, use, exploration, exploitation.”[1]

These definitions are not neutral, Norris continues: “Andrea Dworkin correctly sees such definitions as coming from a male frame of reference, in which ‘virginity is a state of passive waiting or vulnerability; it precedes and is antithetical to wholeness.’”[2]

I read this some years into grappling with the world being much less egalitarian than I had expected, especially as to sexuality, and trying to think through how to be Christian and feminist (in that order) in it.[3] Norris was a wise guide — offering insights from Christian theology, the lives of Christian women saints, and radical feminism.

She observed that we rarely hear from women about how they define virginity, and quotes a Benedictine sister: “Virginity is a state that returns to God in wholeness. This wholeness is not that of having experienced all experiences, but of something reserved, preserved, or reclaimed for what it was made for.”[4][5]

I found this vision liberating in two ways. First, it affirms that I do not have to experience everything to be a whole person. Virginity in the context of Christian celibacy proclaims that it is possible to be complete in a different union: “Celibacy is an openness to God,” Henri Nouwen writes, “and sexual abstinence is only one of its manifestations . . . it is an openness to being loved first by God.”[6] Women’s sexuality is not non-existent or hobbled or repressed because it is not available — it is defined by something other than the ability of men to access it.

And second, this vision reframes celibacy as a state through which we reclaim ourselves, women having selves — not just bodies defined primarily by their availability to men. The Christian dating books sold a false idea: that virginity meant only the gift of our bodies to a husband someday, rather than the gift of our whole selves to the living God now. Christian celibacy is fundamentally about what we present to God, not what we preserve for men.

This is not exclusively — or even principally — about virginity in a technical sense; God can make hearts holy. As St. Clare of Assisi said: “When you have loved Him, you are chaste; when you have touched Him, you become more pure; when you have accepted Him you are a virgin; in Whose embrace you are already caught up.”[7]

But Christian celibacy is not a way to baptize self-withholding. (Here I confront my own temptation, to self-willed withdrawal.) In contrast with secular forms of feminism, what we reclaim is not autonomy for its own sake, but agency directed toward union with Christ, for the life of the world. I am filled to be poured back out, in confidence that Christ will not run out; living with open arms, because underneath are the Everlasting Arms.

With celibacy we witness that we are not at the mercy of our loudest desires, which aren’t necessarily our deepest ones, and that God can use unfulfilled longings to stretch the boundaries of our desire so that we want more of him. He may not give me everything I ask for, but the witness of Christian celibacy is that he will always give me his Infinite-Love Self, which is better than anything I have asked him for. I have found the One my heart loves, and I will never let him go.[8]

Some might say this is a fantasy — a way of coping with loneliness, spiritualizing one’s sexual desires. But I think the mystics would respond that we are the imbalanced ones, sexualizing our spiritual desires. And while it may be possible to approach God from a place of fantasy, it is not possible to stay with him there. If I really encounter the God whose word holds the world together, I will have no refuge from what is real. Believing and being formed by this instead of cultural sexual availability norms is not escaping reality, it is going deeper into reality, the reality behind God using marriage to symbolize his relationship to his people.

Marriage depicts the Church’s union with Christ through two people giving themselves to each other. Celibacy does this through one person giving her whole self to God. Both say the same thing; marriage is the metaphor, but celibacy is the preview.

[5] This is not limited to female virgins; I know of Christian men, committed to chastity, who identify with much in these paragraphs.  But because our society has gendered something that God has not, there is an asymmetry in that pressure – male virginity is mocked, and perhaps disbelieved, but female virginity is seen as a precursor (or barrier) to male use.

Photo by Valeria Boltneva from StockSnap.

Christen Price moved from the Midwest to Washington, DC eleven years ago. Christen is a human rights lawyer who works to influence courts and legislatures toward protecting human dignity and equality for sexual exploitation survivors, through legislative advocacy and litigation, particularly with respect to sex trafficking, prostitution, child sexual abuse, and pornography. She attends an Anglican Church on Capitol Hill, where she serves on the parish council. She received her JD from Georgetown University Law Center, and a BA in philosophy from Cedarville University.

Blog
By Lisa Rieck
What I Love About My Single Life

In March, my second cousin, Sue, passed away unexpectedly. I knew her as a spunky, funny, adventurous woman, but I was unprepared for the number of people who attended her memorial service. Though there were well over 200 guests...

Dear Mentor: Should I give up on dating?

I'm not having success in the dating arena. Should I bail?

Dear Mentor: I see a lot of writing at The Well about balancing life with family and children, but I am single. This isn’t my choice, but it is where I am. Do you have anything to say to me as a single woman?

Listen in on a remarkable roundtable conversation where we hear four thoughtful, faithful women respond to questions about living a full Christian life as a single woman.