Naming My Champions: Stories of Honor in an Age of Abuse 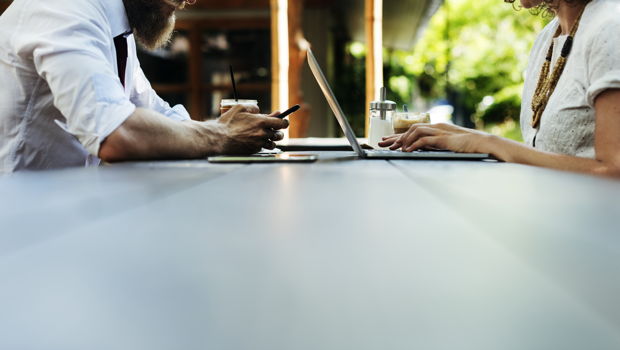 Last month, James Sire, retired senior editor for IVP and author of The Universe Next Door, passed away. The news of his passing got me thinking. I never met Sire, but his book, written before I was born, played a significant role in my development as an academic and was a symbol for me of the support I received from men along the way.

As a society, we’re at an important crossroads where women and men who have been victimized are speaking out against the abuse of power. I commend their courage. I am grateful for their message. With each one, I cry out for the end of abuse, assault, and harassment. But the danger with momentum like this is that we begin to wonder if any man in power can be trusted, if any are “on our team.” In the wake of these gut-wrenching stories, I cannot help but feel profound gratitude for the influential men who have treated me with dignity, shared their platform, given me leadership opportunities, and mentored me well.

At a time when innumerable women are voicing the ways in which they’ve been abused by men in power, it’s worth noting that not all men hog the podium. Some watch for ways to share their power. Some hand over the microphone. So while in France, women are “naming their pig,” I thought I’d name a few of my champions — those who have spurred me on and opened doors of opportunity.

My high school pastor was the first. In 1993 I returned from a summer youth mission trip to Panama all fired up. But re-entry was difficult. I had glimpsed something worth dying for and I didn’t want to return to life-as-normal. At the time our family was attending a cozy Foursquare church in Denver, Colorado. Pastor Jim Hammond had the wisdom to harness my fervor by putting me to work in an official capacity. At 16 years of age, I’m sure I was the youngest volunteer “missions coordinator” our church had ever seen. I began presenting monthly missions updates during the Sunday morning service, telling about needs and opportunities around the world. Pastor Jim generously shared his microphone and his platform with a young woman who had no credentials and very little life experience. I don’t know if my words-from-up-front inspired anyone else, but they galvanized me for a life of service, helping me bridge the gap from my mountaintop experience overseas to life back home.

After my high school graduation, the congregation sent me off to Bible college with their enthusiastic blessing. My freshman year was everything I hoped it would be and more. I grew spiritually and academically. Critical for my development was a course taught by Ray Lubeck, “Understanding Worldviews,” with James Sire’s The Universe Next Door as the primary text. I came home that summer bursting to share what I had learned. Our generous pastor again shared his platform, this time by inviting me to teach an adult Sunday school class on worldviews. (Sire's The Universe Next Door was my main resource for teaching that course.) Then my pastor did something that still stuns me: he required all the church elders to attend. And he and his wife came, too. It requires a lot of humility for a 50-something pastor to sit under the teaching of an 18-year-old. I had an enthusiastic audience and loved every minute of that experience.

Sometime during those first two years of college, Professor Lubeck sat down across from me at lunch. He asked if I would be interested in teaching under him as a lab instructor for Bible Study Methods. The prospect was exciting, but why me? I was barely 20 years old. Most of the students were older than me. Nonetheless, teaching Bible Study Methods became the highlight of my college years. I taught under him for five semesters, learning so much along the way.

One semester a man nearly twice my age entered the classroom, saw me, and looked like he would groan. I could see immediately that he thought he would not get his money’s worth in my class. He was coming back to school after serving in the military. He was married with children. He had already gone through YWAM’s discipleship training. Any one of these three would have been enough to convince him that he had nothing to learn from me. For several weeks he refused to make eye contact. I fretted at first about how to “win him over,” but with Lubeck’s encouragement, I simply got down to business. After a month he lifted his eyes from his notebook. After two months he was participating actively. By the end of the term, he was telling his friends to sign up for my class. He encouraged his wife to enroll the following semester. I’m so glad that Professor Lubeck didn’t let the possible resistance of older, male students deter him from sharing his platform with me.

And there were more. Nearly two decades ago, Jeff Arthurs invited me and a friend to give a sermon together, our first. In seminary, Rollin Grams invited me to be his research assistant and to teach several hours for him when he was away. Dan Block, John Walton, Daniel Master, and Steve Delamarter did the same for me at Wheaton College and Portland Seminary, entrusting their students to me while they were away. Ray Lubeck offered me a whole week’s worth of his classes so he could accept a speaking engagement overseas. Last year New Testament scholar Paul Anderson invited me to present a public lecture with him. Mark Boda invited me to join a committee previously populated by only men. Just last month, a local pastor shared his pulpit with me.

My story is only my story, but it bears witness to the fruit of the gospel working its way out in God-honoring relationships between the sexes in communities all across North America.

It’s been over two decades now since I read The Universe Next Door. It takes its place on my bookshelf alongside hundreds of other books that have shaped my thinking. More importantly, it stands as a reminder to me of what a difference it can make when a leader refuses to let age or gender or level of education define what is possible.

Carmen is Associate Professor of Old Testament at Biola University. Her husband Daniel gave up his job in mission finance to focus on their three kids and keep the household running smoothly so that Carmen can teach, speak, and write. Carmen and Daniel have been blazing new trails together since 1998, with twelve (er... make that thirteen!) address changes to prove it. They enjoy camping and playing pickleball as a family.

In Focus
By Debbie Gin
Mentoring: Completing Your Crew

Debbie Gin shares her experience of assembling mentors to advise you in the broad spectrum of your formation.