Notes from the Pandemic: Hope from the Shadowy Places 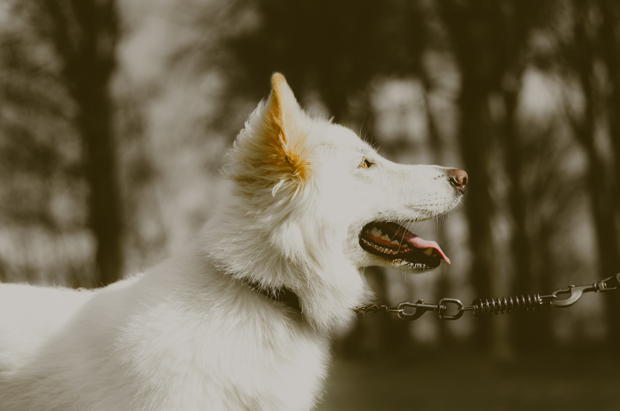 I don’t know anyone who isn’t saying this has been one of the most bizarre weeks of their lives. Things are not going as planned.

Yesterday, knowing rain was headed our way and wanting to get out of the house for some Vitamin D and endorphins, I went for a run. It felt really good to be outside. To feel the spring-like temperatures. To be moving my body. To have good music in my earbuds. To think about something besides all of the unknowns in my future, and in the futures of my family, my students, my colleagues, my community, our world. Partway through my run, I noticed a dog I’d never seen before. It looked friendly enough, but it was definitely curious about me passing by. Figuring the yard had an electric fence, I kept going. But soon this big, beautiful German Shepherd was loping along about 10 feet behind me.

I wasn’t really afraid — I’ve been followed by dogs plenty of times. But one reason I often take this route is because I rarely encounter “free range” pets. So I momentarily considered grabbing a stick. Being a dog-lover, though, I decided to simply continue my steady (slow!) pace, keep my eyes ahead, and trust that the dog would soon grow bored and move along. And that’s just what it did.

A few minutes later, I was nearing the same spot, but coming from a different direction. Rounding the corner, I saw the German Shepherd with another dog who was a good match in size. From a distance, all I could see was two big dogs circling, barking, pawing, and jumping on each other. I wondered if they were fighting. But as I got closer, I realized that what looked like a fight was actually more of a frolic between friends. It didn’t last long — maybe a minute or so — and once it was over, they ran side by side around the yard. Eventually, they found a place to sit, tongues hanging out and giving their best dog-smiles as they watched me pass by.

As I watched the two dogs run around in that yard, I realized it was a picture of what has been going on in my mind — the interplay between foreboding thoughts rooted in fear, and those rooted in hope.

Anxious thinking is something I’ve struggled with for many years. I’m not just well-acquainted with fear; I actually have a tendency to be *more* comfortable living in its presence. Thoughts of worry create a familiar narrative for me — one with neural pathways that are as well-travelled as my running route. And though I hate to admit it, sometimes the certainty of that storyline feels strangely soothing, safer somehow than the more positive — and less predictable or certain — possibilities in a narrative that allows for hope.

But as I watched those dogs play, I also recognized an opportunity that’s in front of me — a chance to make important choices about how I respond to those thoughts.

When fear decides to dog me, I may be able to keep my eyes straight ahead, move forward, do the next thing.

Experience warns me against believing this will always work. I’m not quick enough to outrun my fears, and I certainly don’t have the power to banish them once and for all. Expecting that from someone like me — or from anyone, really — is just not realistic. It’s also not very kind.

There is no doubt that we have some hard days ahead, days that will induce worries and fears that are completely understandable. And, as the proverb goes, ignoring or avoiding these feelings is about as ineffective — and cruel — as trying to force a happy song upon a heavy heart. Sometimes my anxiety will need to run around in the yard of my mind, in my prayers, and in my conversations with others. It’s okay to let that happen. And when I do, I can also give my worries a companion to romp with — someone who is about the same size, who can play around with my anxious thoughts while they burn off some of their pent-up energy. That someone is hope.

I realized that though it’s normal to imagine the scary possibilities, it’s equally important to be intentional about envisioning the good that very well may come.

I decided to keep an eye out for the hope-giving things happening even in the midst of what feels like chaos. I don’t want to silence worries that are with us, but I also don’t want to ignore the good things that are still taking place, even if it’s right alongside the more frightening ones.

Even though things are shadowy, I want to hang on to wonder.

Listen in on our interview with Dr. Quyen Ngo-Metzger, health systems professor, as we discuss work, leadership, and the coronavirus pandemic.

Dr. Ann Dominguez finds courage for today through her experience providing healthcare in a Haitian epidemic ten years ago.

Reflections
By Andrea Bridges
Do Not Be Afraid: A Letter from the Editor

Andrea Bridges reflects on the fear inherent in the Easter story and what the resurrection means for life today.