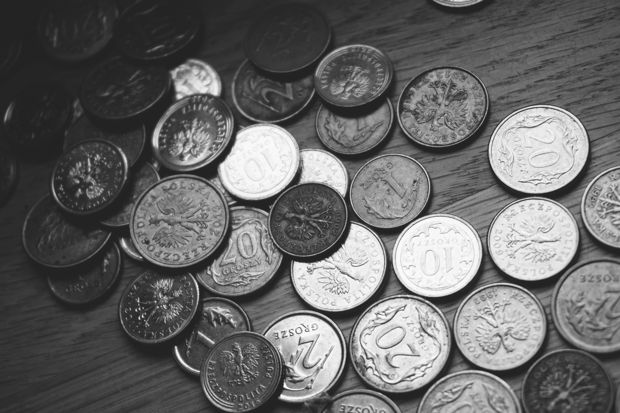 I started to feel a little intimidated. There was a lot of talent in this room. As I waited for the women to take their seats on the opening night, doubt and fear began to edge their way into my thoughts. Why was I chosen to direct this project? How would I lead these leaders? What was I thinking saying “yes” to this?! What if I fail?

The project was an InterVarsity leadership cohort for women. From across the country, eighteen women were selected to participate in this endeavor to better prepare them for senior leadership within the organization. And now, when I was expected to lead with confidence, I was filled with self-doubt.

It doesn’t take long to forget about our own God-given, beautiful strengths and start comparing ourselves to everyone else in the room. If I was tempted to do this, and I was the director of this project, I had to assume other women in the room were experiencing the same thing, asking themselves, “Why am I here? What do I have to offer? What if I fail?”

As I made my way to the podium to welcome everyone, I recalled one of the visions God had given me for this cohort: a vision for encouragement and empowerment. What growth could occur in these women and in the Kingdom of God if they chose not to be envious of each other’s strengths, but instead owned their own gifts, and then were able to recognize and embolden each other’s talents as well? What if this group of women would cheer each other on in their leadership, rather than trying to “one up” or be jealous of one another?

Comparisons and envy start to make a home in our hearts when we are not content, and we begin to think that what we have is inadequate. In the context of our leadership, we can think that if we don’t have a certain gift mix, then we aren’t really a leader. Or we are tempted to think that if we had the skills someone else had, then we could really make great strides in this world. If only we had other talents.

In Luke 19, Jesus shares the Parable of the Ten Servants. Jesus tells this story to help the disciples understand how to live into the Kingdom of God. He is about to be crucified and his followers will need to learn how to invest their lives for the Kingdom without him physically present. In the parable, a nobleman is about to go away to a distant empire to be crowned king, but before he leaves, he gives ten pounds of silver to his ten servants. The king tells the servants, “Put this money to work until I come back.” The king returns and discovers that two of the servants have made him a profit, and a third servant was fearful of the king and buried his silver in the ground.

Was everyone given the same amount of silver? It’s not clear. Perhaps Luke is a bit ambiguous about that because it is not the point. The point is not to compare our own silver (talents and resources) to the silver that the King (God) has given others, but to invest the abundant silver our gracious God has given us.

On that opening night of the leadership project, I chose to silence the comparisons and doubts in my head. I remembered the specific conversations I had had with trusted friends and colleagues who affirmed my fit for this role. I thought back to the various times in my life when I didn’t think I had the skills needed for a job I was called to do, but someone else recognized that I did, and encouraged me. I recalled the quiet nudging of the Holy Spirit urging me to be bold and live into the gifts God gave me.

Leadership is not formed in isolation; it is formed through relationship with God and with other people. I realized as others had encouraged me and developed me in leadership, the relationships within this cohort would be vital to the development of these women leaders in the years ahead.

Recognizing this, I cast a vision for the cohort to say yes to cheering each other on, and yes to helping each name the silver in themselves and the silver they see in the others. We collectively chose to lay down any envy or comparisons and chose instead to empower all the talent in the room, for God’s glory and his Kingdom purposes. Imagine what God could do with all that available silver?

These eighteen women dared to dream how God might use their leadership for change and growth in InterVarsity and beyond. And when it was too challenging to dream for themselves, the women dreamed for each other. They named the silver they saw in one another and exhorted each other to own it and invest it. As the women became aware of the strengths within their cohort, they networked with one another to give each other more opportunities, growing each other and growing the Kingdom of God.

It can feel risky to invest our talents in the Kingdom of God. I pray that we can be people who recognize and trust God’s good gifts in us and in each other and that we may cheer each other on as together, we invest all that has been entrusted to us.

Christine Wagoner is an associate regional director with InterVarsity Christian Fellowship, where she directed their national women's leadership development program. She received her master of arts in counseling ministries from Trinity Evangelical Divinity School. Christine is married to Kurt and lives in Indianapolis, Indiana.

Dear Mentor: While working on my PhD, how do I maintain hope in this job market?

The job market is terrible. Can I trust God with this problem?

In Focus
By Jean Geran
Trust in His Call: Wait

What happens when you are unable to pursue what you believed to be God’s call? Jean Geran shares from her own experience and highlights two reminders for those going through times of dryness and frustration.

Hear the voices of women seeking to follow Christ in the university and professions. MBA student Dawn Morrow describes her place in the world of business.