Reflections
By Shirley A. Mullen

Partnering with a God of Improvisation 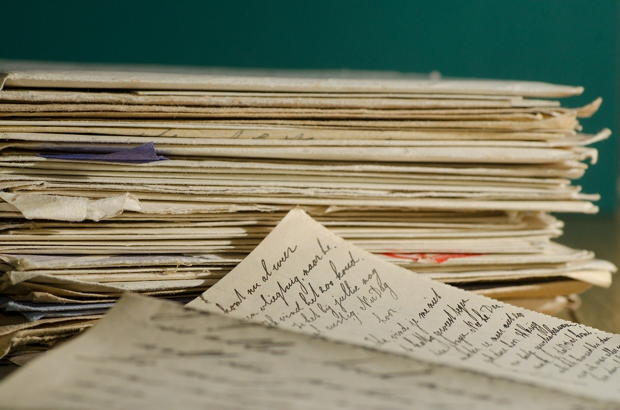 Instead of vacationing on the banks of the St. John River in New Brunswick, Canada, I spent my summer in Houghton, sorting through boxes of old notes and letters that span my life from the 1960s to the present. (I don’t know if any of you come from families that save everything! I do.) It was not a choice that I welcomed. I kept hoping the borders to New Brunswick would open, but when they did not, I decided to use the time to take care of this sorting task that has been waiting for me for years.

It was emotionally demanding — much more so than taking canoe rides or visiting the Saint John City Market or having coffee on the cottage deck watching the ducks in the adjacent pond—all the rituals that normally constitute my summer vacation. There were letters from grandparents and aunts and uncles long deceased, friends from all the places I have ever lived, colleagues from over three and a half decades, and, most of all, former students. I was confronted with reminders of a host of long-forgotten campus debates that seemed so important at the time. I was able to relive conversations with students going back to the early 1980s — including the student who told me in my first year of teaching that I would need to become “more laid back” if I was going to survive in California — and did I know that my office hours conflicted with prime beach time? It was quite a journey.

Most of all, I was brought face to face with the power of gratitude. For one thing, many of the papers were notes of thanks. I was reminded once again how important it is to say “Thank you.” I could also see that some people, from whom I had received multiple notes, had made a habit of gratitude. It was not that I had done so much that deserved those notes; rather, the senders looked at life in such a way that they chose to see occasions for gratitude and acted on it. It was humbling. And convicting. I want to be a more grateful person. Second, I was overwhelmed by the opportunities I have had. I cannot imagine any greater gift than to be able to work with young people when they are making so many of the decisions that will determine the trajectory of their lives. Third, I was humbled at the amazing people who have shaped my life — going back to my grandparents and other family members and including colleagues and friends from each stage of my journey. We have not made ourselves—we are what God has made of us using each of the people and circumstances of our lives to help in that process.

Finally, the process made me more hopeful than ever for the possibilities of this coming fall semester — especially for our students as they return to campus next week. Just as I did not get to choose the particular context of my life, nor the circumstances of my summer vacation, I would certainly not have chosen the circumstances that face our students, faculty and staff as we enter the fall of 2020 at Houghton College. But we serve a God who specializes in improvisation and surprise. Furthermore, we bear the image of that God. We are invited to take the very materials of our lives and to make a new thing, as Dorothy L. Sayers says in Mind of the Maker. (See chapter entitled “Problem Picture.”) We have the inspirational example of Michelangelo who, according to tradition, crafted his magnificent statue of David from a piece of marble that had been discarded by other artists as too narrow for its length and therefore unusable.

As we continue to face the sustained unpredictability of this time, may we find the courage to imagine what can be so that we look back on this season as a time that we would not have chosen in a million years but that we absolutely would not have missed for its one-of-a-kind richness and potential.

This piece was originally published on the Houghton College blog. Used by permission.

Photo by Andrys Stienstra from Pixabay.

Women in the Academy and Professions team members share words of encouragement for our community in this special series of short podcast episodes.