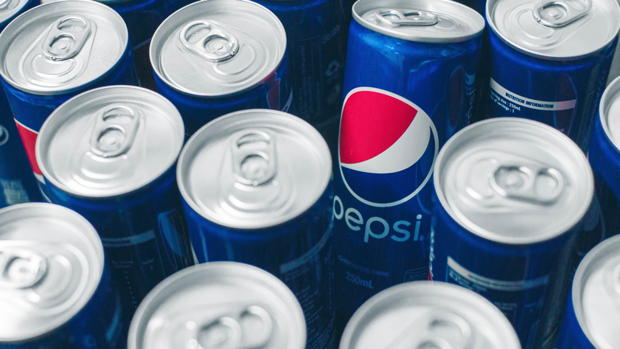 In 2010 I went to Haiti to volunteer as a physician during the worst of the cholera epidemic. In addition to a handful of long-term medical providers and Haitian nursing aids with six weeks of training, vans full of ex-pat nurses and doctors rotated through like children at a summer camp.

The week before my arrival had been the worst so far, and the day team was exhausted and eager to go back to camp before the streets were closed by political demonstrations. Our orientation was brief. “Whatever you do,” the nurse practitioner in charge of the pediatric unit said, as if I had all sorts of therapeutic options at my fingertips, “don’t lose your lines.” Those IV lines were the only thing keeping the children alive while the cholera ravaged their intestines, causing fluids to pour out of their bodies like faucets. There is no antibiotic to cure cholera, only the passage of time.

All night long I was terrified of losing an IV. Children roll and move and pick at things. The ones who were well enough to use a latrine instead of a bedside bucket slapped their bags of IV fluids on their heads like hot water bottles and came back with red snakes of blood climbing up their IV tubing until we opened the valve wide to flush it away again with lactated ringer’s solution. My fellow volunteers in the pediatric ward, a school nurse and a midwife, were equally horrified. None of us had had to place an IV in years. If we lost an IV, we would be drawing straws and praying for deliverance. To avoid this, we flooded the dehydrated little bodies with more fluid than their kidneys knew what to do with. In the morning all the IVs were still running, but the children had puffy eyes and crackles in their lungs.

My first night working in Haiti is a jumble of memories. Everything was Chagall blue, from our scrubs to the tent walls. The ward was noisy with toddlers whining and crying. Roosters crowed on the other side of the razor-wire topped wall in the tent camp for Haitians displaced by the earthquake almost a year earlier. Every few minutes, watery stool and vomit splashed into the buckets strategically placed under the green cots. The cleaner in his yellow rubber boots and apron came through regularly, leaving behind a slick wet floor and the smell of bleach, temporarily stronger than the acrid smoke of burning trash outside. My head pounded with a caffeine-withdrawal headache, and I spent the night shivering because I packed for 80-degree days in tropical sun, not for the night shift in an open-air tent in mid-December. It was clearly a failure of imagination.

In the morning, our white vans dropped us outside the showers for decontamination. “Sun-heated rainwater showers” sounded like something out of a tourist brochure until I climbed in the concrete stall and realized the cistern of sun-warmed rain water had moon-cooled overnight. I washed as quickly as I could and, too cold to rinse, left shampoo in my hair. I choked down a breakfast of Haitian rice and beans, waffles and grits — the ultimate juxtaposition of Haitian and North Carolinian food. Before I could go to my mosquito netting-draped camp bunk, we had a quick debrief with the chaplains, who asked us each in turn what we wanted them to pray for. Endurance. Hope. Provision. The epidemic to end. They rounded the circle and came to me.

There was silence in our little circle of do-gooders. A few tittered, embarrassed for me. The chaplain admonished them with an “ahem” and looked at the EMT next to me. “Peace,” he said. “Freedom from fear.”

I wanted all that, too, but I wanted an icy can of Pepsi to carry me through my next night shift and someone else to bear the terrible responsibility of threading a needle into the collapsed veins of cholera’s smallest victims.

“Lord, you know our true needs,” the chaplain prayed, “even when we don’t.”

I went to my bunk that morning feeling like I wasn’t spiritual enough, or holy enough. But when I woke up that afternoon, the Pepsi truck had come, and a new volunteer jumped on our van. Her name was Theresa. She was a NICU nurse from Tennessee.

Today we find ourselves in a global pandemic, beyond anything this generation has seen or imagined. Our currency, once dollars and bitcoin, is now toilet paper and N95 masks, which are now in short supply again after a temporary reprieve in May. During my last hospital shift, I took off a lightly-soiled gown that six months ago I would have thrown in the trash. This time I wiped off the wettest part of it and hung it on the door to use again in a few hours. I pray for enough masks to carry our respiratory therapists through today, and more ventilators so that my colleagues won’t have to choose between two patients who need one.

My husband runs a clinical microbiology lab for a large hospital, and he has been struggling to provide coronavirus testing. One day, they are short of extraction medium. When that comes in, they have only enough swabs to run one day’s worth of tests. His is the provision given to the widow of Zarephath. He runs the tests and clings to faith that tomorrow he will have enough swabs and extraction medium to continue.

The promise God gave me is more personal. It’s Pepsi and a NICU nurse. It’s the promise that God does know our true needs, even when they are concrete and physical. I grew up with enough food and only rarely glimpsed the sacrifices my parents made to keep me housed and fed. Now, as my coworkers are being furloughed without pay and those who are still working risk infection every day, my prayers are for tangibles: Maria’s rent, an extension for John’s electricity bill, enough N95 masks to get us through the weekend at the hospital. I know God will meet our needs. I know because on a sun-drenched December morning in Haiti, I held a sweating bottle of Pepsi in my hand.