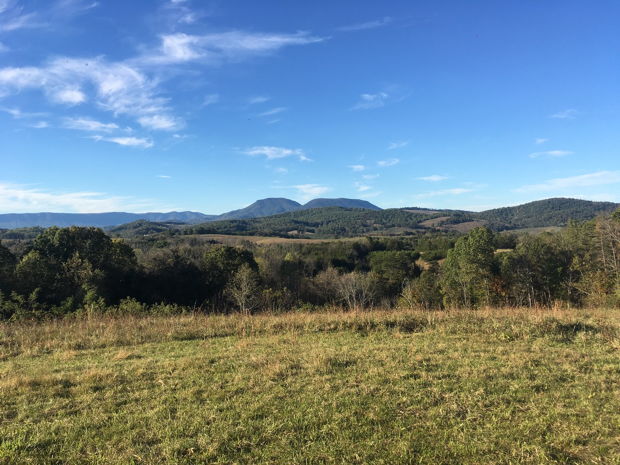 “Keep watching the trail markers. Don’t leave the marker you’re at until you spot the next one. The trail has become overgrown and you can easily miss the path.”

Bonnie’s caution as I left the retreat house to walk the Perimeter Trail echoed in my mind even though I was confident I could find the trail without much problem. I’d walked public footpaths in England and was ready to explore this small part of the Shenandoah Valley.

I took a map, put on my hiking shoes, and geared up for a hike of a couple of hours, planning to be back for a nap before dinner. On the map I noticed that one of the first signposts along the trail was a red gate. That morning I had reflected on Jesus’ statement from John 10:7: “Very truly I tell you, I am the gate for the sheep.” Maybe there would be some connection. The afternoon seemed to be falling into place.

The trail began off the main drive and the first of the trail markers — silver medallions with a gold hiker stamped on — wasn’t far behind. Past the chapel the path continued and then split in a couple of directions. I chose the well-trod path because I didn’t see any of the trail markers and assumed that if a path was noticeable, that was the one I should follow. An hour later I had found a swing, a hammock, and a reading room but no markers after having walked the paths at least twice trying to coordinate what I saw with the map. It didn’t match exactly, but I trusted the red gate had to be close. Then I turned a corner and the retreat house was in front of me. 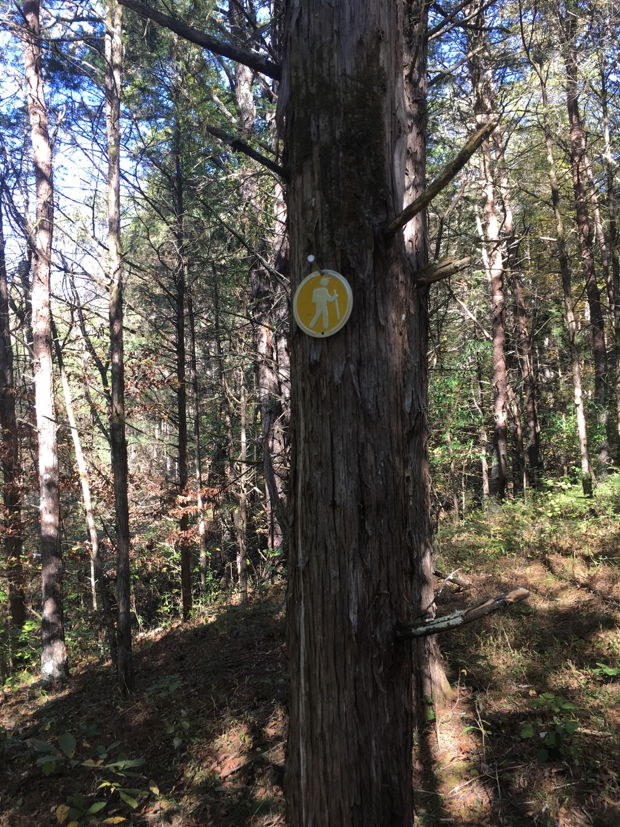 Something wasn’t right. Once again, I made my way back into the woods and stayed there until I matched the fork in the creek, the trails, and placement of the house with the map. This time I meticulously looked at all trees for a sign of the gold hiker. Aha — there it was! In a place I hadn’t looked before because I had been so sure I had found the trail. There was the marker. Then I saw the next. Relief washed over me, and I set out on my way again, assured that this was the correct path. Eventually I came across the first red metal gate. Okay, this was good.

Then I encountered the next large signpost on the map — an old abandoned house. I had this. And there was a marker. Up the hill from one tree to another. Sunlight brightened the way as I saw a clear blue sky through the leaves. Reaching the top and a more cleared trail I looked right and saw another red gate. Orange ribbons were tied to the trees. This must be the next sign on the map. Hurriedly I went over and opened it walking into a field. No trail marker was present, but I couldn’t miss the red gate. The creek would be just down the hill. But which part of the field should I explore to find the next marker? The trees on the perimeter were void of gold hikers. I had been certain this was right, but after a half hour of walking around the field I wasn’t so sure.

Discouraged, tired, and over two and a half hours into the hike, I returned to the red gate. Where did I go wrong? I trudged down the path looking for the last trail marker taking more time than before. And there it was — to the left, not the right — the next marker. My confidence in identifying the signpost had thrown me off. That was not the red gate I was to be looking for. Even though I was cautioned to keep the markers in sight, I had again relied on my assumptions and gotten lost.

How often do I do this along my life journey? I seek to follow the markers I know God has given: his Word and wise counsel from friends and family. After a time, I envision the next signpost along the journey. Perhaps it’s a new relationship or an advancement in my career. Then once I see that signpost, I take my eyes off the markers and venture my own way, losing the original path. For example, when I think God wants me to be more vulnerable in relating to others, I see a new acquaintance as a possible soulmate. This has to be the sign and where God is leading. So, I jump into it on my own. I’ll make sure it works. The possibilities of the new friendship invade all my mental space and I stop considering how this may fit into God’s way. Then months down the road when the friendship isn’t going anywhere or even becoming toxic I realize that I haven’t matched the signpost with the markers. Was that sign even the correct one? Or was I more concerned about just getting on and doing it myself? 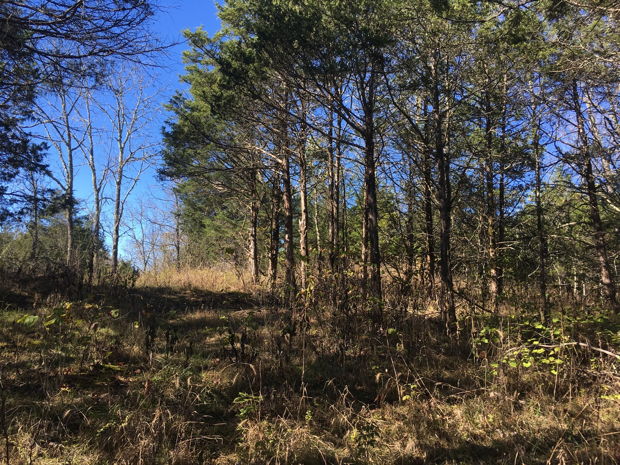 I eventually made it halfway through the trail in four hours. It was tough looking for the markers, and not just going on the trails that seemed well laid or relying on my, clearly fallible, sense of direction. Yet, following those markers was the way, and the quickest way, to reach the retreat house and dinner. It was also much more fun when I knew I was on the right path instead of fearing that I could be lost.

Reflecting again on the verse from the morning, I looked deeper. Jesus isn’t just pointing to the gate, he is the gate. Another gate is not the same. Just as the gate I had found, though a gate, was not the correct one, and I could not change that no matter how I tried.

Jesus’ guidance isn’t about showing us a sign and leaving us to figure it out, but inviting us to stay with him as he gives us markers along the way. In this is life’s fullness.

Therefore Jesus said again, “Very truly I tell you, I am the gate for the sheep. All who have come before me are thieves and robbers, but the sheep have not listened to them. I am the gate; whoever enters through me will be saved. They will come in and go out, and find pasture. The thief comes only to steal and kill and destroy; I have come that they may have life, and have it to the full. — John 10:7-10

We know very little about Anna, the prophetess. Luke shares a few brief words about her life...

Christine Wagoner takes the Parable of the Ten Servants to heart as she envisions a world where women encourage women for the sake of God's Kingdom.

In Focus
By Jenn Anderson
The Gift of Discipline

Graduate student Jenn Anderson finds in her new discipline of running, lessons for engagement and challenge in all areas of her life.