In my experience, women tend to be pretty poor at asking for things for themselves. I remember sitting in a work meeting full of adjunct professors (all female) who were being asked if they needed anything and if they were happy in their work settings. We all looked at each other and began to express our satisfaction with the positions we had and our appreciation for the supportive environment. Only after a fairly thick slathering of gratitude did one woman tentatively mention that it would be “really great” if we could have a functional computer in the office space that the four of us shared. What in the world was wrong with us? Here we were being asked what we needed, and we could not ask for a functional computer with conviction!

We all know that office size, location, and furniture are equated with power, prestige, and significance in an organization. But they are also about getting the job done effectively. The reluctance many of us have in requesting a better workspace, perhaps with a door, desk, and shelving instead of a cubicle, is yet another example of the difficulty some of us have in asking for something that may benefit our working situation. We do not want to look like we are doing a “power grab,” or that we are more important than other people. Nice girls are contented with what they are given, rather than aspire for more and indelicately ask for it. 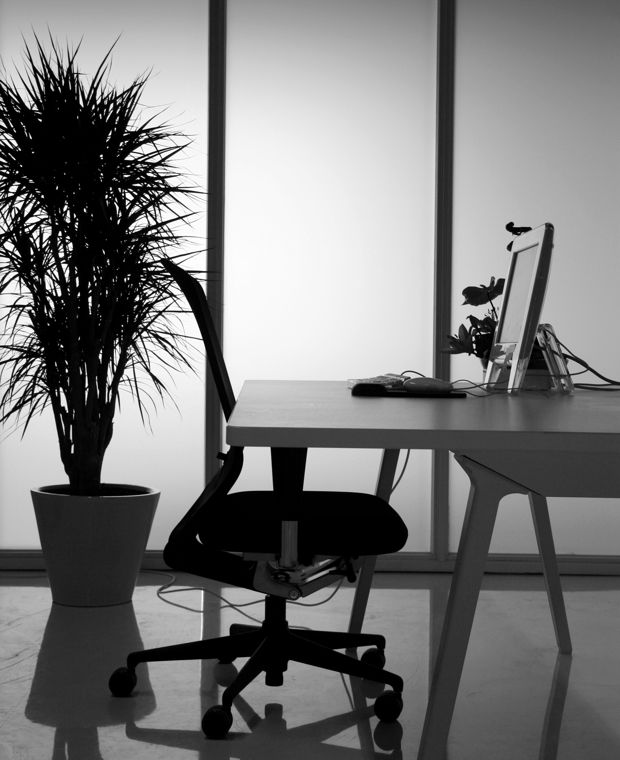 Here is where our sisters in business can be a huge resource for the rest of us. They are often thrown into a sink or swim situation where they have to learn to be more assertive or they are left to drown. Over the years, I have called my friend Kelli when I need some backbone in steeling myself to negotiate salaries, deal with poor work conditions, or set some relational boundaries. Her years of hard-won experience in a large corporation have made her invaluable in negotiating the tricky terrain women face in the work world. She is gracious yet firm and I admire her for it.

I sometimes think Christian women have a bigger challenge than their secular sisters in confidently asking for what they need. Western culture increasingly supports the idea of strong, capable women, workers worthy of their wages and offices and working computers. But evangelical Christian culture is still sending mixed messages about what we want from our women. None of us wants to look bad, either to the world or to our fellow church members. All of which brings me back to God’s word to sort out my confusion.

What does Scripture have to say about all of this? Some of my favorite biblical women are found in the Old Testament. Caleb’s daughter Aksah in Joshua 15:17-19 is a good example of a woman who asks for what she needs. She and Othniel had already been given land, but now they needed the upper and lower springs to make the land produce fruit. When Caleb greets his daughter and asks her what she needs, she immediately tells him. And guess what? He gives it to her!

The daughters of Zelophehad in Numbers 27:1-11 are also a good example of asking. These five sisters approach Moses with a request to allow them to inherit the portion of land that was to have gone to their now deceased father. The rule was that it had to go to sons. Moses heard their request and sought God’s response. Not only were the sisters given the land for their inheritance, but the inheritance rules changed for the community. A beautiful example of obedient asking having ripple effects for other women.

I have been studying the book of John lately and am struck by Jesus in his last discourse instructing us to ask for what we need in His name. He says this in multiple places, quite clearly. And it looks to me like he means it for women too. The key seems to be that we need to be living lives that are rooted in the True Vine, so that when we ask for good things, they are in accord with God’s purposes for our lives. Could this apply to requests in our secular work settings as well?

Taking the time to search our hearts for wrong motives and to seek God’s guidance for where we are to work and how we are to serve him in those settings all seem like good safeguards to the temptations of greed, hunger for power, and selfishness. Confessing and turning from false humility, low self-esteem, and attempts to be the accommodating good girl are also part of how we honor God in this process. A godly prayer warrior once prayed that God would “send Sharon the help she needs to do her job.” I was startled by the idea that it could be that simple. I could ask for what I needed to be faithful to the task before me. That included adequate workspace, competent staff, working computers, decent salary, and a lot more confidence in myself. God has been answering that prayer and I am getting better at praying it in faith.

God is waiting for us to learn to ask, with confidence and the assurance that he is a God who gives good gifts. We can ask knowing that God wants us to succeed in what he has called us to do. Part of what that looks like is growing in our ability to ask bosses for what we legitimately need in the work place in order to do our jobs. I believe we can trust that God wants us to have what we need to fully bear fruit and flourish in our lives in a way that gives glory to Him.

In Focus
By MaryKate Morse
In Focus: The Yeast Factor

What does it mean to be the yeast factor? Professor and spiritual director MaryKate Morse explores Jesus’ use of this surprising image in his parable of the kingdom.

This semester I assigned my students a half-day Facebook fast and essay analyzing the experience. Most said Facebook was hard-to-impossible to do without — they schedule extracurricular activities with it, keep up with friends, and, yes, occupy boring hours...