Resting in Christ’s Resurrection During Another Hard Lent 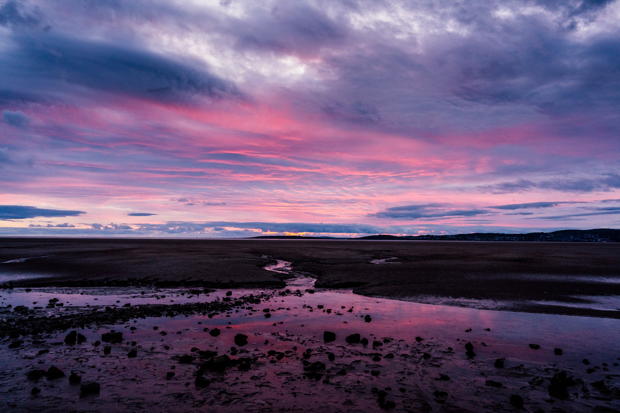 Last year, a friend posted on social media, “This is the Lentiest Lent, I ever did Lent.” It was. In lockdown, I fasted not just from food but from something that felt much more life sustaining: in-person community with my friends and church family. My kids schooled from home while I worked full-time creating online content for my classes with technology I had marginally used before.

Lent as “making room” for Jesus felt like identifying with him in a new way — the man pressed in by the crowds, or in my case by my own kids struggling as much as I was to find an assignment on Google classroom.

Here I am, a year later where I hoped I wouldn’t be — still in the restricted state of Covid protocols. Hope is on the horizon with vaccines, but since Easter 2020, much more has occurred. George Floyd died on May 25 under a cop’s knee in Minneapolis, part of the metro where I live in a suburb. Riots occurred — the burning of the 3rd precinct lit a flame in other cities.  The heat of the election season rather than receding in November, burned out of control when the Capitol was stormed on January 6 by crowds carrying symbols that represented my faith.  And then last week, eight individuals died in Atlanta, six of them Asian women. The man who did the shooting attended a conservative church.

The pain and anger have led to blatant public polarization. I find myself tentative that what I say or believe could be labeled derogatorily. It feels as if I can please no one.

Jesus has a similar story in Luke 7.

Jesus went on to say, “To what, then, can I compare the people of this generation? What are they like? They are like children sitting in the marketplace and calling out to each other:

For John the Baptist came neither eating bread nor drinking wine, and you say, ‘He has a demon.’ The Son of Man came eating and drinking, and you say, ‘Here is a glutton and a drunkard, a friend of tax collectors and sinners.’ But wisdom is proved right by all her children.”

Time will tell if my viewpoints and the different ways I identify myself will be proved as wise. I call myself a “conservative Christian” because I believe in the actual virgin birth, death on a cross, and resurrection of Christ as well as authoritativeness of Scripture. But since the Capitol insurrection, I’ve heard calls not to use the adjective “conservative” from fellow Christians.

As an English prof, I advocate for the universality of classic literature. But since George Floyd’s death, calls have renewed that it’s racist to promote literature by white males from historically discriminatory societies. The fact that some of the Capitol insurrectionists wore or carried symbols of classic Greece doesn’t help. I’m stretched taut between what I value and new reframings of the very things that I value.

I find myself returning to the Anglican ethicist Oliver O’Donovan’s understanding of reflecting ethically. Following a process extracted from his books Resurrection and Moral Order and his series Ethics as Theology, in order to reflect in a moral way, I recognize my “common dependence” on God as my “primary reality.” I am not able to perceive reality well on my own — I join with others in depending on God. A fallible human being, I can only know “provisionally” — in part (1 Cor. 13:12), and even to know in part I must stay in a dialogue with God and others.

This dialogue incorporates reading the Bible in a comprehensive way that includes reading the Bible corporately. The dialogue involves prayer but prayer not just for what I want but also prayer of confession and praise, often in public worship. I am open to others’ viewpoints, but, applying O’Donovan’s counsel, I seek additional dialogue partners who won’t tell me what to think or believe but instead ask me good questions.

And then, according to O’Donovan, I rest in Christ’s resurrection — that moment that defines our celebration at the end of Lent. Making room for Jesus for me this Lent is staying in dialogue with God and others, even if it feels easier to retreat behind a wall blocking out those with whom I disagree. If I stay in the tension of dialogue, I find my ultimate rest is Christ himself.

Tags:
lent | notes from the pandemic

In Focus
By Jennifer Woodruff Tait
Holy Week Notes from a Fourth Century Nun: Worship in the Newly Legalized Church

Historian Jennifer Woodruff Tait recounts the journey of Egeria, a fourth-century nun, and her careful notes of the worship practices of the day.

Join us at The Well in our second week of reading Psalms for Lenten devotions this year.