Searching for Magi in the Academy 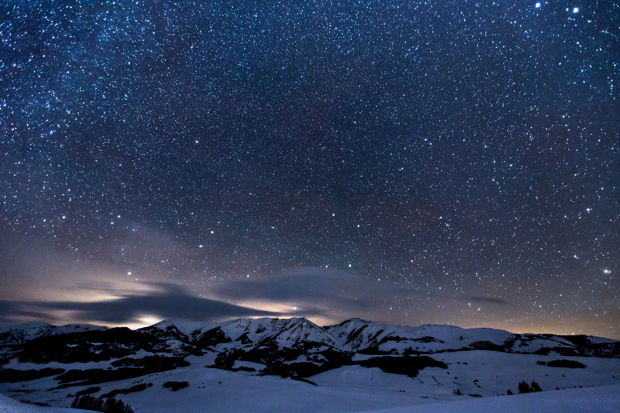 My name was left off of the convocation brochure at my departmental graduation ceremony. When I tentatively mentioned the omission to the administrator in charge of it, she snapped that all names sent in by the deadline had been printed. I did send in my information way before the deadline, as was corroborated by our departmental secretary later. But the administrator couldn’t admit she had made a mistake.

Compared to my minor grievance, consider Arul’s (name changed) story. He had just graduated from university in the predominantly Sinhala Sri Lankan city of Kandy where he had led our college Christian fellowship. He was randomly picked up by the police one day and spent the next week or two locked up in a cell at the police station. Arul was from the North of Sri Lanka, at that time the main theater of war. As a Tamil from the North who had completed his degree, the police could conceive of no reason for him to be out and about in this city.

No matter the scope, we all have our own stories of pain, some magnified by the sting of injustice.

And though the Christmas season is long gone, I am still haunted by the image of part of the Christmas story: the visit of the Magi and the weeping of the mothers who lost their children.

In Matthew’s Christmas account, the joy is muted; what takes center stage is Herod’s politicking to repel a perceived threat to his power, which culminates in his brutal killing of all male toddlers in the vicinity, ensuring that the potential challenger is eliminated. Insecurity, intrigue, and murder on the part of an autocratic and powerful ruler. Uncertainty, pain, and disruption on the part of the vulnerable. The Holy Family descends overnight to refugee and immigrant status in the face of a targeted attack, fleeing to Egypt for safety. And the entire village of Bethlehem turns to a place of mourning as their beloved boys two years old and younger are killed.

Herod’s actions remind us of the evil in our world and in our hearts that affects both others and ourselves and leaves us with hopelessness. Our children are not immune — my eight-year-old son said that his biggest concern was that Russia would nuke the United States!

It seems troubling that God would see fit to rescue baby Jesus and not the other babies in the area. But we remember that the preservation of the Christ child was only a postponement until the right time when Jesus would fulfil his purpose by bearing our own alienation from God and the consequences of our sin on the cross. Jesus did not escape unjust suffering.

God embraced pain at its deepest level when he turned away from Jesus who became sin for us. He empathizes with the pain in our lives and the pain and brokenness of our world. He grieves over the suffering of the civilians of Aleppo, over the pain of AIDS orphans in Africa, over the unjust suffering caused by the powerful over the powerless, over the exploitation and abuse of children, the suffering that is not on our radar, and our own personal stories of pain. He mourned the murder of babies in Bethlehem.

Good News for All Peoples

Though I am still gripped by the evil that a despot unleashes because of Christ’s birth, God gently nudges me to the story we rightly focus on at Epiphany. Just before the suffering of the families of Bethlehem, Matthew narrates the historic moment when God brings foreigners to witness the arrival of the Messiah. This is the joyful moment when the doors are permanently opened wide to invite all people groups to become the people of God. How fascinating that the visit of the Magi — Gentile participation in the context of Jesus’ birth — is only recorded in Matthew, the most Jewish of the gospels!

The adoration of the Magi follows another interesting element in the birth story of the Jewish Messiah. Among the few women included in Jesus’ genealogy are two foreign women — Ruth, a widow, and Rahab, a former prostitute — both of whom were welcomed into Israelite society and were an integral part of God’s dealings with the Israelites. Jesus' own mixed ancestry cuts across our pretensions of racial and ethnic superiority.

In the midst of the chaos and the pain in our world, God draws unchurched people to himself out of their own traditions, just as he drew the Magi to seek for themselves the unique phenomenon that their study of astrology revealed, but which their discipline’s paradigms and vocabulary couldn’t explain. God honors the faith journey of this yet-to-become-people of God and rewards them with the joy of seeing the child born to be king, face-to-face.

Yes, there is pain — all too real in our own lives and in the lives of those around us, whether small hurts or deep sorrow. And vulnerable people experience much suffering at the hands of brutal Herod-like tyrants. Instead of losing heart or being overcome by evil, we recognize that we are living in the times between: “the already but not yet.” We rejoice that the kingdom of God has broken into our world with the birth, life, death, and resurrection of our Lord. We taste the life of the kingdom in different ways in the course of our days. We long for the perfection of the kingdom that we will witness when Jesus shall come again to take his place among the nations as king. This vision of God’s kingdom coming in all its fullness gives us the impetus to pray and work, directing our energies to hasten its coming. We rejoice in the incremental changes we see over time. While we never get comfortable with personal and systemic evil, we learn to live with both the large and small frustrations that we encounter daily, instead of being overwhelmed by them. We live the seeming paradox of the Christian life, embracing both the joy and the pain, the suffering and the glory, the cross and the crown.

As this new year unfolds, as many of us start new semesters, we notice and name the ugliness in our world. But after we have stared evil in the face, we deliberately look for and recognize the good. We allow joy to permeate us, the joy of what God is doing in the midst of our broken world. He is calling people from every culture and background to himself.

The academy is a unique sphere where we can more easily experience God’s good gift of cultural diversity. There may be truth seekers among our diverse colleagues, among fellow lovers of our disciplines. As they pursue truth and excellence in their areas of study and engage with our own excellent work, God may attract their attention, just as he made the Magi curious through their own study.

Sometimes modern day Magi might be attracted to excellent work done with integrity. I think of one faithful friend in Sri Lanka, an academic who is nationally-known in the transportation arena. He has had the rare distinction of heading a government agency spanning administrations from different political parties. Just last week he heard that others were referring to him as a Christian above corruption. His reputation for faithful integrity is being noticed.

At other times, today’s Magi might notice how we empower others in our fields. My husband, Guy, had a promising graduate student who was keen to get into a doctoral program. Even though he was an untenured Assistant Professor, he invited his student to co-author a paper with him. When the paper was accepted at a conference, he suggested that she attend the conference to present it. He then recommended her for doctoral studies, and now his former student is on a tenure-track academic path herself.

Are you searching for Magi in the academy? My prayer is that we will all have our little epiphanies, sharpened realizations of where our work and friendships intersect to reveal Christ to real individuals — those in our sphere from among the many cultures and nations of our world. May we be agents of quiet joy infiltrating the darkness.

Is what you’ve done good enough? What do you do when you feel all your hard work has been for nothing?

In this excerpt from her latest book, Gillian Marchenko shares about the integral nature of her community in her healing from depression.

In Focus
By Jasmine Obeyesekere Fernando
The Aftermath of the Bombings: What it feels like to be Sri Lankan now

Jasmine Obeyesekere Fernando gives us a glimpse into what life feels like for Sri Lankans in these first days after the 2019 Easter Bombings.