Maureen describes the invisibility that single women experience, compounded because of the additional layers that make her more invisible, both as a woman in ministry and as a single female who hasn’t followed the cultural norms for South Asian women. 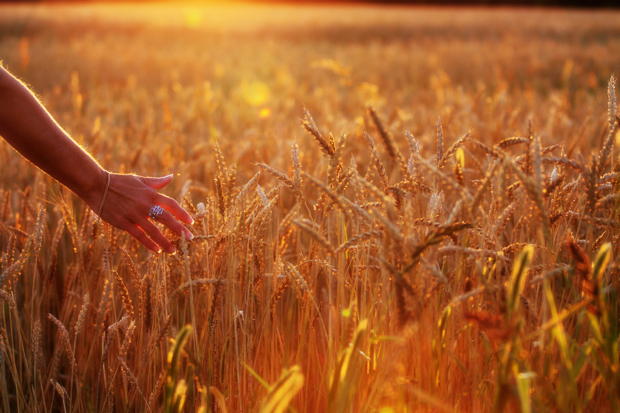 As a single woman, there are many times that I have felt invisible. I feel invisible as a single person in both a Christian culture that finds it hard to fully accept women in vocational ministry and in Indian culture that elevates marriage. It’s easy to believe that I am not enough.

Here is what I know: God sees me, even though I feel invisible.

Here is  a seemingly ordinary conversation with an Indian Aunty or Uncle: “How are you? What news mole [daughter, younger woman in Malayalam]? How are things going?”

To the average non-South Asian woman these are very common, polite questions to ask; a form of innocent small talk. However, in the South Asian community, we know there is another layer of unspoken questions really being asked, especially if you are a single woman. Here is what our community really wants to know: Who are you “talking” to? What is going on in your dating life? Why are you not married/settled?

Even though South Asian culture is usually an indirect one, in certain instances South Asians can be very direct, in contrast to American/Western social norms that allow individual privacy. There are no boundaries, especially when it comes to talking about your relational life, weight, image, or beauty. So not only do South Asian women bear the burden to be smart, beautiful, and domesticated, but we are also pressured to follow prescriptions set by our community of when and whom to marry.

At first look, my story follows the traditional path and timeline. I attended prestigious schools and received a great education. I was involved in church and held many leadership positions. I got into a seven-year medical program and was going to be a doctor — South Asian parents’ dream! However, after this, my story took a different direction. I decided to change careers. I got into grad school but ended up deferring and going into ministry. I left my home, family, and friends to move to another state and I have also remained single. None of this was part of the plan — even for me! But God had other plans, better plans, in store. Despite my confidence in God's good plans, as a single person I still struggle with that experience of invisibility because I’m not fully accepted for who I am in either of my core communities.

As a woman in leadership positions both at work and in the church, working primarily alongside men, I have navigated difficulties in order to lead and influence others well. When you include the singleness component, it adds another layer of complexity.

Being made to feel invisible — by being passed over for opportunities or even simply ignored in casual conversation — adds to the lies we as single women believe about our worth. To prove our worth, we (including me) sometimes overcompensate and say yes to additional tasks and responsibilities when it may be healthier to say no.

These challenges are compounded especially when the Church continues to affirm wholeness specifically with marriage and a family.

During one of the sermons at my multi-ethnic Texas church, our pastor encouraged the married people to befriend and care for the single people around them because they may not have family or have anyone to look out for them. I heard a few gasps of surprise. The preferred culture of marriage makes seeking and building friendships with single people a low priority for married people — especially friendships that aren’t all about encouraging them to wait for the right one, but friendships that encourage them to enjoy the gift of singleness and remind them of their worth as  individuals.

An invaluable gift I’ve received in my journey is the gift of advocates: men and women who have opened new opportunities, modeled sacrifice and affirmation, and partnered with me, despite differences in marital status, ethnicity, or gender. I’m so grateful for men who have given up opportunities so I could use my gifts, shared their networks, and advocated for women in leadership at my Indian home church in California. I’ve especially seen that South Asian men can be a woman’s greatest advocate in a culture where we see a lack of healthy male and female partnerships.

One moment in ministry brilliantly illustrates the kind of opportunities for advocacy that exist, even in small moments. I asked a pair of siblings in the college fellowship I was overseeing if they were going to a conference. The older brother said yes, but the younger sister said no because their parents didn’t want her to go as a young woman. I asked the older brother why he didn’t advocate for her since he was going and could watch over her, but the thought never crossed his mind! This reality happens all the time in our culture. Generally, men do not advocate for opportunities for the women around them and I believe this double standard is true in singleness also. Men do not face the pressures of marriage in the same way women do, especially when it comes to South Asian parents. Girls are told at a young age to achieve high grades, so we can get great jobs, then marry highly educated husbands and have kids. Boys, on the other hand, rarely hear about marriage unless they have a sister in their family.

Men, especially South Asian men, can play a key role in affirming, speaking truth, and giving value to women who are repeatedly feeling like they are not enough or unseen because of the lies we are told about singleness. Imagine the impact this would have in our culture if South Asian men were the biggest advocates of South Asian women. Married South Asian women also play a part in showing their communities how God views single women as complete in Christ, as full human beings with rich lives and callings. All married women can affirm their single friends by being as invested in these friendships as much as they are invested in friendships with women with whom they might have more in common, like marriage or a shared culture. A particular gift that you can offer a South Asian single woman friend is by asking questions and listening to how the added layer of being South Asian compounds the pressures of being single.

When my communities treat me as an anomaly, God has always reminded me that he sees me. He knows me. He loves me. God continues to remind me that my worth and value are only found in him, even when I may not experience that in my different circles, or when I’m made to feel that I am lacking in some way.

I want to encourage us to find our joy and worth in our identity in Christ. My prayer for all of us is that we would find satisfaction in Jesus the only real joy giver!

I have seen you in the sanctuary
and beheld your power and your glory.
Because your love is better than life,
my lips will glorify you.
I will praise you as long as I live,
and in your name I will lift up my hands.
I will be fully satisfied as with the richest of foods;
with singing lips my mouth will praise you.

Maureen Mathew serves as the Area Director of Central Texas. Originally from LA, she left her family and friends as an act of obedience to God’s call to full time ministry. In her fifteen years on staff, she has had a diverse range of experiences working with college students, speaking, teaching, and training. She never imagined staff as a vocation, especially as a South Asian woman, but believes her yes has impacted not only her but her family and friends too!

In her free time, she loves to eat good food, drink boba, stand up paddle, and watch rom coms. She loves facetiming her nephew and traveling with family and friends.

Political science professor Andra Gillespie sits down with us to talk about the gospel, our current political climate, and our biblical obligation to engage with our world.