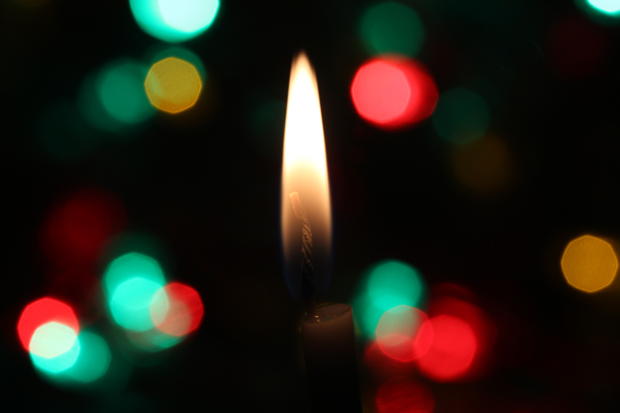 I did not grow up observing Advent. My Korean immigrant church experience included a Korean Santa who showed up at the Christmas Eve candlelight service, hymns and thank-yous in Korean. Our Christmas traditions mirrored “American” practices woven with the smells and sounds of the motherland. I grew up understanding Christmas to be about Jesus and gifts.

It wasn’t until I was coordinating worship services for a pan-Asian American church did Advent show up on my radar. Liturgical colors. Readings and reflections. Candles and wreaths. Darkness and light. Hope, love, joy, and peace. The symbolism was new, but as the years of asking and sometimes begging congregants to light a candle and do an Advent reading added up, I recognized the pattern and rhythm of silence and proclamation, darkness and light, waiting and celebration.

Matthew and Luke are the only two New Testament books that document Jesus Christ’s birth story. We never hear from Mary in the book of Matthew. In fact we don’t actually hear from a woman in the book of Matthew until we meet the Canaanite woman in chapter 15, and her interaction with Jesus has often been described using words many outspoken women, women who dare push the social norms of behavior, have heard. It is a contentious exchange. The NIV reads the woman was “crying out” and the CEB reads she “shouted.” A woman from a marginalized people group shouting. She is a mother whose child is suffering from demon possession. Shouting seems perfectly acceptable to me, but even now in 2019 a shouting woman, never mind a woman of color or marginalized woman shouting, could be labeled as angry, aggressive, or emotional.

About 15 years ago I was at a meeting where I raised my voice during what became a heated discussion with a male colleague. We were in a side room at a restaurant, other colleagues seated nearby. He said something to me. I responded. He stood up. I stood up. He began gesturing more. My hands had started talking the minute he engaged me. He raised his voice, and I matched his volume. He and I later had a genuine, helpful conversation where we confirmed what I had suspected. Only I was pulled aside by several peers and senior staff who wanted to talk with me about my tone, my anger, my shouting. No one talked with him about his tone, volume, or aggressiveness. For the rest of the meetings, I silenced myself. Well, my body language probably communicated plenty, but I watched my tone and volume.

A trusted leadership coach and trainer helped me debrief the experience by asking me, “How many times did you stay quiet, reflecting on what you might say, waiting to speak? How many times did you finally say something in that exchange and feel like you weren’t understood or acknowledged?”

Silence before raising my voice. Reflection before action. And then a slap on the hand for behaving not unlike the Canaanite woman, silenced and marginalized by the culture, desperate for acknowledgement and agency. The disciples try to shut her down, but after being ignored and silenced, she decides enough is enough, choosing to engage rather than retreat. Even when IMHO Jesus responds rather rudely, I have heard more pontification over her tone and even approach as aggressive, but I am invited to consider how that first bit of light in darkness can be a bit aggressive and shocking.

In the book of Luke we actually hear from Mary. My unscholarly reading is Mary speaks more words than any woman, named or unnamed, in the New Testament, and her words are glorious. Her first words are question in response to the angel’s shocking news that she is pregnant with the Son of God. She is troubled and wonders, silent. And then asks, “How will this be since I am a virgin?” That seems like a perfectly acceptable, unaggressive response. Good job, Mary.

After some more words from the angel, including notice that her older cousin Elizabeth also is pregnant, Mary responds with a confidence that only grows. “I am the Lord’s servant. May it be to me according to your word.” Her words are even more powerful, confident, and self-assured when we pause to reflect on what we know happens later. Jesus’s disciples all run and hide, while Mary is there at the foot of the cross where Jesus hangs crucified.

The light and anticipation of Advent is most alive for me when I think about the Magnificat, Mary’s words as she greets her cousin Elizabeth. Mary is a prophet and an evangelist, pregnant with Jesus to boot! She praises God, declares herself as highly favored (a tad close to self-promotion, which for many women is a huge no-no), and proclaims the Good News. It isn’t that she was literally silent all those years before that moment, but as far as we are concerned we are invited both into her proclamation and the silence that shaped who she was, the confidence she had in God despite the circumstances that even in current day have the potential to devastate a woman.

I used to think it was a little odd at how quiet my childhood home could be in the evenings. Granted there were only four of us in a lovely three-bedroom, two-story house, but until I hit high school we regularly ate dinner together and sat at a small round table. I don’t have memories of dinner conversations. I remember the food and the barley tea. I remember dessert always being a variety of nature’s candy — cut fruit. I understand now that the silence wasn’t because my parents didn’t have interesting stories to tell or questions to ask me and my sister about our days. The silence was rest from the day of speaking and engaging in a foreign language and culture. The silence was building up energy and hope for the next day. Even now, my parents aren’t chatty people. Part of the issue is that we still have a bit of a language barrier and the flow of English, Korean, and Konglish (the mishmash of the two) and it takes time to make the space to really listen and understand. And once again, I am invited into silence.

English was not my first language. I immigrated to the United States when I was eight months old, and Korean was my first language. I spent most of kindergarten learning English, which meant I spent a lot of time silent. Even now, working as a writer and a yoga teacher, I spend most of my waking hours in silence, tossing around words or sequences in my head or in my body. I prefer to write in silence, read in silence, move by body in silence. When I do speak and raise my voice, whether it’s in class, at a speaking engagement, or a blog post or tweet the words come out from a place of silence and waiting.

I have an Advent wreath on my dining room table. I will light each candle and blink a bit at the sting of the light and sit in silence waiting to hear or see or taste something new that can only come if I can be still enough. Will you join me?

As we enter into this season of waiting, we invite you to receive the gift of peace through this first prayer in this series of eight breath prayers for Advent 2020.

Podcasts
By Ann Boyd
Advent at The Well: Joy

Embrace your inner coziness and join us for the third episode in our four-part Advent meditation series on the podcast, this one focusing on the joyful meeting of Mary and Elizabeth.

Jasmine Obeyesekere Fernando describes her practice of meeting God in her inner world through daily meditations on Scripture.