Speaking Out: Letting My Voice Be Heard 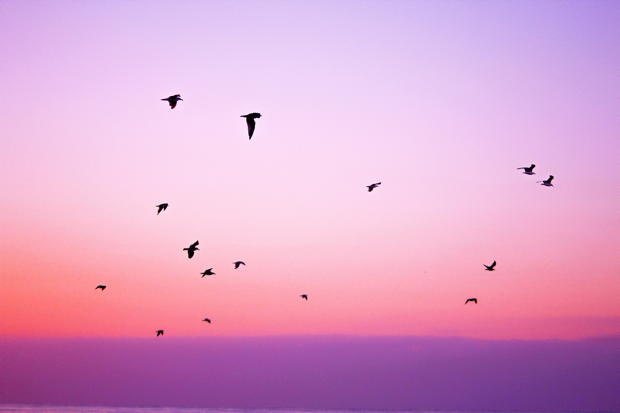 This piece was written before our world was overcome by coronavirus, yet the heart of the message continues to be pertinent: we need to use our voices to speak what is true about our circumstances, to advocate for those in need, and to mourn the suffering and loss we are experiencing. While we might have to use them differently in our present moment — gathering and teaching on zoom calls rather than face to face, advocating over email and social media, or texting and calling people we care about —  our voices can still be an avenue of influence and hope.

“I do not remember having cried much, and I did not talk to anyone of all that filled my heart; I looked and listened in silence.”

Saint Thérèse of Lisieux’s words reflecting on her experience of the death of her mother at age four carry me back to my own childhood of feeling small and quiet, locking up my deepest feelings and thoughts in the silence of my heart. Though Thérèse’s voice was stifled in the midst of pain, she could be quite bold, challenging the status quo and bravely expressing her voice even to those in power.

I resonate with this experience: wavering between the boldness of using my voice and moments of feeling mute. Some of my early childhood experiences stifled my ability to use my voice, burying it within me. Yet, as I have grown, I have experienced the strong nudge of the Holy Spirit inviting me to let my voice be heard.

Two years ago on my birthday, I set a goal of writing a poem each evening. I wanted to get back in the habit of writing creatively. The effort lasted a mere four days until I got the flu and quit.

Even in those first four days, I scrawled out what would become a prophetic poem* for that year. Looking in the rearview mirror, I can see it came out of years of work the Spirit and I were doing in tandem to re-birth my lost voice.

At the beginning of that year, I didn’t know that speaking up would look like changing jobs, using my voice on behalf of survivors of clergy sexual abuse, helping my children make protest posters, advocating for one of my children, or beginning to host a podcast allowing all the world to hear my voice — serendipitously with the first guest being Kathy Khang, the author of Raise Your Voice.

I recently celebrated another birthday and met a friend for coffee. Reflecting on the last decade of our lives, we noted that if we were able to sift out the hardships and set those circumstances aside, the growth and formation that came from them were tremendous gifts. In a decade intertwined with joys and significant pain, one of those gifts inextricably tied up with the suffering was becoming reacquainted with my voice.

Many women have had experiences that silenced us. We walk the line of deciding when to speak up and when to hold back our thoughts and feelings. In many fields or workplaces, especially male-dominated spaces, the cost can be significant.

As I connect with women in both my roles as a graduate level counselor and as a campus minister to medical students, I realize that I am not alone in the struggle of how to discern when to take the risk of using my voice. As women with callings from Jesus, our voices are needed in our classrooms, in our churches, in meetings, in our friendships, and in our homes.

In the pilgrimage of finding my voice, I have encountered Jesus turning toward me as he did with the woman who had been bleeding for 12 years saying, “Be courageous, daughter! Your faith has made you well.”

Here are a few things I learned as I rediscovered the sound and strength of my voice:

Using my voice can feel unfamiliar.

As women and girls we’re often socialized not to speak up, and perhaps especially so in the church. Although we were born with the same ability to speak as boys, we have been interrupted, unheard, or even out-right silenced as we came of age.

I know several brilliant women graduate students who have been afraid to speak up in class or in a co-ed Bible study because of a lifetime of instances of having their voices dismissed or minimized. Add experiences of race-based or gender-based trauma or microaggressions into the equation and the ability to raise their voices in moments that matter may feel impossible and unfamiliar, like exercising a muscle that has been forced to atrophy.

Many women have moments when they desire to speak, but cannot vocalize any words. Beyond feeling unfamiliar, this inability to verbalize can be exacerbated by trauma -- either life-threatening experiences or repetitive instances of being demeaned. Trauma can have an effect that temporarily shuts down the part of the brain needed for verbalizing. When we experience something that resembles past trauma, the brain can send us into the same trauma response. This has been my experience. However, new positive neural pathways can be created and rewired to minimize this effect. In my recovery from trauma through therapy (thank you Nancy) in conjunction with God’s healing (thank you Jesus), speaking up now feels possible, albeit sometimes still unfamiliar.

The pendulum can swing.

As a young child I was painfully shy and timid, but when I began to rediscover my voice as a young adult I had moments where the pendulum swung from silence to the opposite side of the spectrum. When I first read through the Bible in my early 20s, I remember resonating ever-so-strongly with Jeremiah describing his feeling of not speaking the word of the Lord as a burning fire shut up in his heart and bones, unable to be contained. In my early attempts of letting out the fire of my voice, it often came out quite unwieldy.

I often have to tell my daughter — who has no problem letting her voice out — that I cannot hear her when she is yelling. I too am learning to regulate my voice as I mature, to be mindful of letting the pendulum become balanced and speak when my emotions are settled, no longer letting it shut up in my bones in silence, but also not swinging so far to the other side that the message is lost.

Speak with curiosity instead of judgment.

Many of us fear being that woman or being accused of being too angry or too fill-in-the-blank. As I first reacquainted with using my voice, I often spoke harshly and the message was lost. I have since found that instead of vindictively calling out my male counterparts when they talk on top of me, I can instead say, “I wonder if you noticed that I wasn’t finished with my thought.”

Wise women who have gone before me taught me to speak with curiosity instead of judgment, inviting those around me to consider seeing things another way rather than demanding that they listen to my (correct) perspective. I’ve learned to prepare my thoughts in advance and sometimes even prepare a bullet point list so I don’t get derailed. If I can share my point with a tone of curiosity or a sense of wondering, I am often heard more clearly.

Not everything is my story to tell.

In my journey of learning to raise and honor my own voice, a desire to amplify the voices of others — especially those who are pushed to the margins — has been birthed in me. In Psalm 107, the psalmist invites those who have been redeemed to “say so” or to “tell their story,” to share their truth of how God has rescued them from their suffering and pain.

As I learn to share my story, I have learned that it is rarely my place to share someone else’s story, but instead to create and hold space for them to share it if they should choose. It seems counterintuitive, but rediscovering my voice has helped me learn to listen.

There is often a cost.

When I was about 11 years old, I had an encounter with two men with hunting dogs and rifles showing up at our front door. After recounting this encounter to my mom, she headed into the woods behind our home to confront them. The mama bear in our genetic line is fierce. Though using her voice in this scenario involved significant risk, she felt compelled to speak.

The power dynamics we experience may not be equivalent to facing men with guns, but they can be so imbalanced that we have to weigh the cost of speaking over silence. For women the price of using our voices can be substantial: retaliation, harassment, ostracism, or simply the risk of being dismissed or unheard. It can cost us our jobs, our communities, or even our closest relationships.

While the cost of speaking out can be substantial, the ripple effect of women reclaiming their voices is immeasurable. I am grateful for the women- Saint Thérèse, Kathy Khang, Nancy, my daughter, and my mom, to name a few among many- who have modeled for me what it looks like to unleash your voice, to share your story and truth even at a great price. Looking back at my raw unedited poem, I see again the worth of releasing my voice in the freedom I have found.

* …bricks lifted
from my back by angels
crumbled to clouds of dust
Blown away by gusts
of powerful wind.

Lifted up from the ground
I found,
my voice.

The sound of a thousand trumpets
from a delicate bird.
And now
that i have risen
I will
speak
my truth

In Focus
By Janet Balajthy
Spiritual Direction for Women Leaders

What particular ways can women leaders benefit from the discipline of spiritual direction? Janet Balajthy shares her expertise and recommendations.