Thoughts on a Moving to a New Place 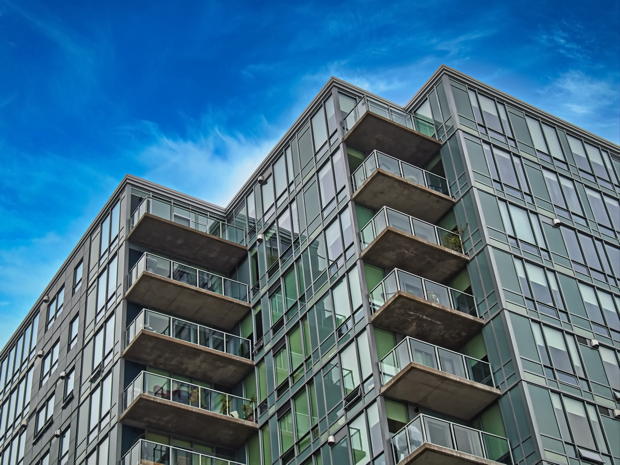 Over the summer, I moved across the country to begin a new teaching job at a university in an unfamiliar city. As I have unpacked my boxes at home and in my office, I have found myself reflecting on the Apostle Paul. Paul knew a thing or two about moving into new communities. In the book of Acts, we find Paul boldly pressing on to new city after new city, preaching with passion, sharing the Gospel, and teaching with indomitable gusto. We can trace his series of missionary journeys across the Mediterranean world — from Jerusalem to Ephesus, from Philippi to Rome. As we do so, we also discover the church communities he founded and nurtured in cities across the Roman Empire. For instance, Paul travels to Philippi, where he forms friendships with Lydia and the jailer, and where a church springs up amidst pressures from the city (Acts 16). Later, we read about how he mentors and nurtures the church in Ephesus for two years (Acts 19). And we could list many more examples (Acts 17, Acts 18, and so on).

Paul’s perseverance in his travels and cross-cultural encounters both inspire and challenge me. Over the last several years, my academic sojourns have taken me across continents and across the world — from studying for an undergraduate degree in Eastern Washington to teaching at a vocational school in Germany, to pursuing seminary in New Jersey and doctoral studies in North Carolina, and now to teaching at a university in California. In each of these places, I have found enriching community and very dear friends — threads and lifelines connecting me back to cities, churches, and neighborhoods.

As I learn and adjust to another new community, I am enjoying getting to know my new colleagues and excited about the formation of new friendships. I relish studying a new culture, laughing at my own confusions over new academic acronyms, scratching my head at why the streets in the city are so very wide, and getting used to making a lot more U-turns at intersections. And at the same time, I miss the several communities I have left behind in each of the places where I have studied over the last decade. I carry sadness for the absence of my friends and family scattered all over the world.

How do I live between the joy of my current situation and the ache of wishing others were here to share the joy in person? As I have pondered that question, surprisingly, I have found in Paul a friend. While Paul in Acts demonstrates courage in journeying onward to new communities, Paul in his letters models love and longing for friends and communities far away. He writes his letters from a distance (sometimes even from prison); he writes to connect with the churches he has left behind.

I realize Paul lived a similar duality to the one I wrestle with — joy with those present and ache for those absent. He writes, for example, about how much he loved Onesimus like his own son while in prison (Philemon 10-12). And yet, in that same letter, he writes to Philemon with love (Philemon 1,4-7). In other letters, like the one to the Philippians, he writes with a deep ache to be with them (Philippians 1:8; 4:1). He is content in the fellowship of his present co-workers and mentees, and yet pained by the absence of brothers and sisters in other cities.

Paul doesn’t tell us directly how to live in this strange dichotomy between the joy in those present and pain for those absent. But he does model for us what it means to “press on to take hold of that for which Christ Jesus took hold of me” (Phil 3:12). His physical move away from the Philippians and other churches does not kill his love for them, nor does it stunt his love for those before him in new communities. He hovers between the two in an attitude of growth — there is room for new friends and churches, while not leaving the old ones behind.

How appropriate for one who preaches the resurrection of the body with such vehemence (1 Corinthians 15)! Perhaps Paul’s love can continue to grow to welcome more brothers and sisters, while continuing to deepen old relationships. He knows, in his bones, that we will all be reunited in the final resurrection. He can proclaim, as G.M. Hopkins centuries later would say,

"See; not a hair is, not an eyelash, not the least lash lost; every hair
Is, hair of the head, numbered."

In Christ, our love for those near and those far away will not be lost. For, in him, our love finds a perfect home.

Photo by The Building Envelope on StockSnap.

Ashley Hales digs deep into Fredrick Backman's best-selling novel and uncovers wisdom for us all.