I wasn’t excited about reflecting on the parable of the soils (or sower) again. I’ve been exhorted to consider whether my heart was “good” soil numerous times. So when I was asked to reflect on Matthew 13:1-9 on a recent spiritual retreat, I didn’t expect to learn anything new. But after a few familiar questions, I came upon this one:

Without thinking, I scribbled:

Annoying. Frustrating. Hard to figure out. Wish I could only throw seed in the good soil. 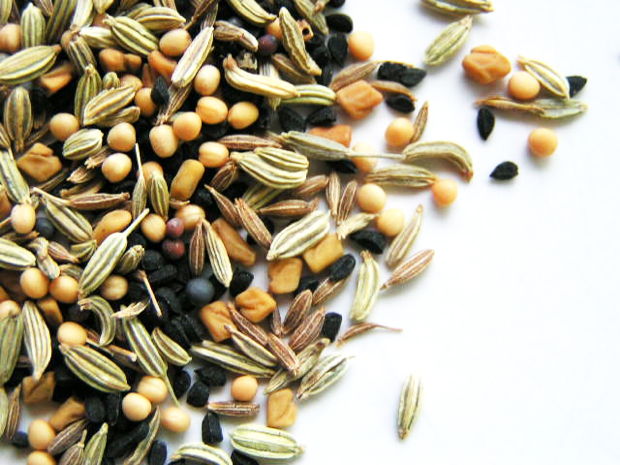 Where did this come from? There is no indication in the text that the farmer was upset or begrudging of the soil. The passage ends with the joyful news that some seed led to remarkable fruitfulness and growth — even a hundredfold!

Yet, as I thought about the farmer, I realized the end result would not have been my focus. I’d have been annoyed that I had wasted that other seed — the seed that the birds ate, the sun scorched, and the thorns choked. What about that seed? How could I have avoided that loss? The wasted seed weighed heavy on my heart.

And I realized that describes my own resistance to risk. Afraid that all of the seed sown won’t be fruitful, I hold onto the seed. I won’t waste it if I don’t throw it on the path or in the rocky or thorny soil. Yet, I also don’t throw it in the good soil. I don’t throw it at all. But what good is it to hang onto the seed and never sow it? At harvest time, I will have nothing. No fruit to show because there was no labor; no joy at the growth.

Did the farmer feel annoyed that he couldn’t figure out just where to sow the seed so that it would always land in good soil? Was he frustrated that some of it was eaten by the birds? I’d like to think that he recognized that it was worth it to sow generously, knowing that the seed growing in the good soil would make up for what was lost to the thorns, the sun, and the birds.

It is worth it to sow. I can’t hang onto seed just because letting go means that some will be choked by weeds. I’ve developed elaborate systems to determine exactly how best to throw the seed so as to maximize growth and minimize waste. But consider what I have lost in developing that system. Over how many harvest seasons have I been developing my efficient system instead of throwing seed?

We cannot avoid loss, waste, or failure. But we can avoid the joy that comes from seeing growth. We can avoid seeing the fruit of our labor. Is that what we want?

J.K. Rowling describes our options: “It is impossible to live without failing at something, unless you live so cautiously that you might as well not have lived at all — in which case, you fail by default.” If we hang onto our seed, we do indeed “fail by default.” We become like the servant in the parable of the talents (Matthew 25:14-30) who buried his talent in the ground so as not to risk losing it. In the end his talent was taken away from him because of his unwillingness to invest it.

In my years since college, I’ve made a pattern of being overly cautious — like that servant. I have tried to protect myself from failure by holding back, not taking risks, not giving it a go. Since 1999, I've talked about being a professor. I've planned to apply for doctoral programs many times along the way, but I've never sent in an application. Of course there are always circumstantial reasons I've decided to wait, but deep down I'm afraid I won't succeed. It's easier to look at friends' lives and imagine that I could have done something they have done. What has felt secure in the realm of “could have done” or “could do if I tried” satisfies no longer. My attempts to protect my fragile self from failure have kept me from the joy of harvest.

As I reflected on this farmer, God showed me myself. God doesn’t want me so focused on my own protection that I am unwilling to share generously with the world, whether my seed is money, time, talent, skill, or something else. God gives us joy in sowing and in celebrating the harvest. And God comforts us when our seed falls on the path or in rocky soil.

The next time I encounter the question:

I hope my answer will be:

Joyful. Thankful. Glad I was faithful to throw the seed.

In Focus
By Anne Pharr
Cultivating a Culture of Belonging

What practices can foster a sense of openness in college classrooms? Anne Pharr digs into her own experiences and develops new insights into the ways we can welcome students in our school.