What is the One Thing?

Visiting with Mary and Martha, part 5

Multi-tasking: there are days when I feel that I have taken that concept to a whole new level, tossing together the balls of household, work, school, and family, then whacking at them like a caged batter at a pitching machine. It's usually not pretty, and at least one of those balls gets dropped, pulverized, or mangled. I think Jesus might have a better way, with just one ball and a quiet green field. Let's see what Martha learns about that here.
As always, let’s begin with the text:

Now as they went on their way, he entered a certain village, where a woman named Martha welcomed him into her home. She had a sister named Mary, who sat at the Lord’s feet and listened to what he was saying. But Martha was distracted by her many tasks; so she came to him and asked, “Lord, do you not care that my sister has left me to do all the work by myself? Tell her then to help me.” But the Lord answered her, “Martha, Martha, you are worried and distracted by many things; there is need of only one thing. Mary has chosen the better part, which will not be taken away from her.” — Luke 10.38-42 (NRSV) 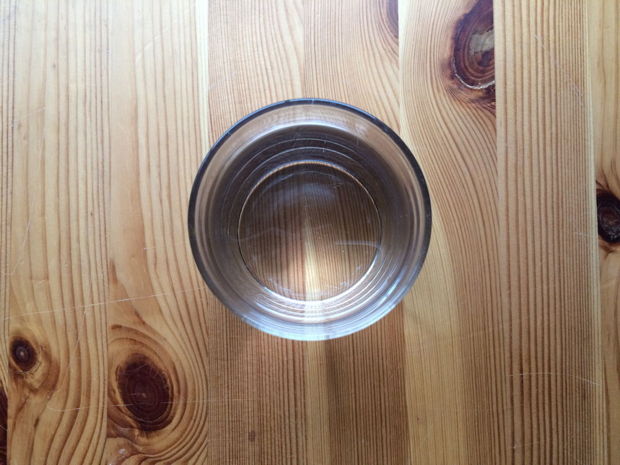 What is the one thing?

Jesus says, “There is need of only one thing.” What is that one thing? I would like to know! Like Martha, I feel that there are so many things — but I would heartily enjoy just one thing. Can it be? The idea is so tantalizing. I feel like the woman at the well in John 4 who, in response to Jesus’s description of the living water he offers, cries out, “Give me this living water!”
Looking at the text and thinking sensibly about this, it seems reasonable to say: “The one thing is sitting at Jesus’s feet like Mary and listening to him.” I can accept that, but I feel like it is not the whole story. It is certainly possible (and important) to carve out time to sit at Jesus’s feet, but there are other things to do in a day as well. Could there be a way to sit at his feet while we are doing the work he calls us to do, in that Brother Lawrence practicing-the-presence-of-Jesus style? What does that look like, and how can I do it?
I believe I have heard and certainly have toyed with the idea that “the one thing” could perhaps mean “one thing at a time.” Not that there is anything inherently wrong with multitasking, but it can be a slippery on-ramp into a state of rushing, task-orientation, and losing sight of what is important. Dallas Willard famously encourages us to ruthlessly eliminate hurry from our lives. When I focus on one thing at a time, it’s must easier to eliminate the hurry — although that’s not a foolproof trick.
I wonder, too, if the “one thing” might be another way to talk about the Kingdom of God. Could it be that the focus Jesus invites us into isn’t so much about one’s activity level, but about one’s inner world — our purpose, our motivation, and the state of our hearts? I wonder if Martha could have been pursuing the “one thing” even while she was cooking. There can be great joy and peace in slicing an onion and listening to it sizzle in a pan, as long as you’re relaxed and fully present. But add a cramped timetable and a list of other pressing tasks, and the cooking becomes an insufferable burden.
Could there have been a way for Martha to pay attention to the one thing? Was her focus more on the tasks or on her image than on the person of Jesus? I’m right there with her on most days. Can I hear Jesus’s gentle invitation?
What tasks in my life have a habit of becoming burdensome?
Can I find freedom through a shift in attitude?
How can I seek the “one thing” in my daily work?
What practices might help me to return my focus on the “one thing”?

This is the last of five posts at The Well by Ann Boyd on the topic of Mary and Martha. You'll find the rest of them here:

This was originally published as part of a series of twelve reflections on the story of Mary and Martha at Ann's blog. If you’d like to read the whole series, start with the first post, where they are listed in full at the end of the piece. Copyright 2014 Ann Boyd. Used with permission.

Spiritual Formation
By Wendy Quay Honeycutt
Scripture Comes in Many Genres: The Nature of Scripture (Part 1)

Wendy Quay Honeycutt considers how the various genres of Scripture create space for its true authoritative nature in this first of a series of three articles.

Reflections
By Christine Jeske
Tabernacles in a Wilderness Semester

Christine Jeske reflects on lessons from the Israelites as we journey through the challenges of Fall 2020.

Blog
By Tish Harrison Warren
My Institutional Relationship with Jesus

I’d like to propose a moratorium on the use of the phrase “personal relationship with Christ.” A close friend who recently attended my Anglican church was alarmed that we read what she called “other people’s prayers.” She said that we need . . .