Where are you, God?

“Where are you, God? Where are you?” I said as I sat in the stillness of my apartment late one night, Bible in hand, a battered burgundy throw wrapped around my shoulders.

I had moved to St. Louis, Missouri, just four months or so previously as a brand new alum of Michigan State University. I was fortunate enough to have had a job lined up before I graduated. The location seemed nice, the pay was excellent, and I had a chance to experience some place other than Michigan so I didn’t hesitate too much to take the job. I just knew that once I moved to St. Louis I would meet new friends, possibly meet a guy, explore new things, and probably wouldn’t want to leave. Well...things didn’t happen as smoothly as I had planned. 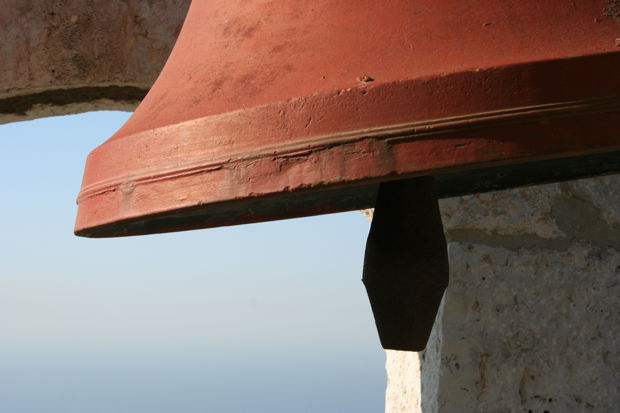 I moved four times in my first three months in St. Louis and I found it a lot harder to meet people than I thought. I often found myself isolated and desperately searching for places where twenty-somethings hung out. I did make use of my time alone by reading my Bible, something I had rarely done before. Not really knowing where to start, I started from the beginning, and so I read:

“In the beginning God created the heavens and the earth.”
— Genesis 1:1

Soon, I became engulfed in the Old Testament stories and was amazed at God’s character. His authority, power, and wittiness; his justice, compassion, mercy, and love captivated me.

Besides the Bible stories, I read testimonies frompeople today hearing from God and being led by him. So I bought books on how to hear God’s voice. I wanted so badly for him to be close to me. I would sit in silence time after time waiting to hear something — anything! But I heard nothing.

So this is how I found myself sitting on my couch in the stillness of the night with my Bible in hand, saying, “Where are you, God?”

While I knew that God is omnipresent, I still didn’t quite know where he was. Where was God when I sat in my apartment in silence waiting to hear his voice, waiting for his direction, waiting for him to bring me friends in St. Louis, begging him to tell me the purpose he has for me? I was jealous of Abraham, Moses, Elijah, heck, anybody who got to encounter God with the senses because it seemed like that encounter had given them such clear purpose and direction in life. I longed for that.

That very next day, I went to church for Bible study like I did every Thursday, having forgotten that my church was hosting a four-day event with guest preachers, choirs, etc. I walked into a sanctuary packed with people from all over the city. There were many unfamiliar faces, people coming from other churches to hear a well-known guest preacher speak. Open to hearing some much needed inspiration and revelation, I slipped into the pew between two strangers.

At the end of the sermon, I started to slide my way out into the aisle but the woman who was sitting right beside me stopped me and said that she had to get something off her chest. At that moment I was thinking, either she wants to tell me a deep dark secret, or this is about to get really awkward. I stood there as she proceeded to say that although she had tried, she could not leave without telling me this:

“God says he sees you, he knows you have been studying your Bible and you will find your purpose in spirit, just keep reading it.”

I was taken aback, star-struck. I had no words to fill my mouth and my eyes became pools of water as tears slid down my face. I thought, how could she have possibly known all of that? We snuffled together as she saw that that was just what I needed to hear. I couldn’t have anticipated that I would hear God’s voice that night; that was the night that I would find God, who had been there all along. I couldn’t have envisioned God speaking to me that night through this woman, whom I had never met. Yet, God and all of his divine character that I had been so intrigued by had spoken softly and eloquently through this woman whom I have never seen again. But I knew it was him saying, here I am and I know what you need.

A month later, one lazy Sunday morning after having decided to sleep in, I heard the Lord instructing me to get up and attend church instead. That day, in that church, God led me to one person who later led me to an abundance of friends and lifetime supporters. 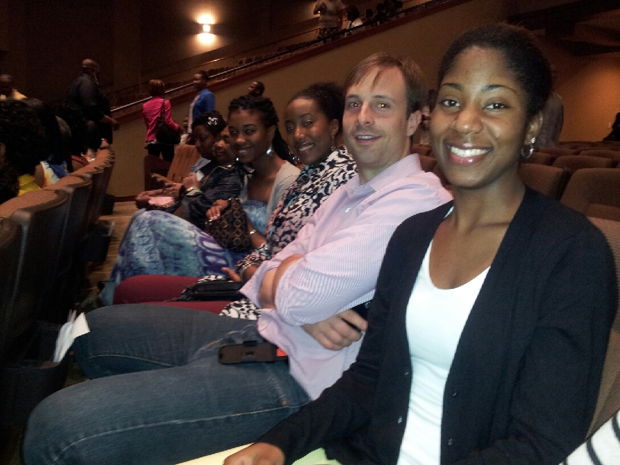 He is in the stranger sitting beside you in the church pew. He is surrounding you with horses and chariots of fire in your times of trouble. He is in the whisper amongst the chaos. He is across the street where the church bell rang and instructed me to go church because someone would be there waiting for me. He is in your shadow, assuring you that he will follow you wherever you go. He dwells within you, knowing all of your deepest secrets, every joy in your soul, and every ache and groan in your heart.

And know that when God spoke to Joshua, he spoke to you and me as well:

“Have I not commanded you? Be strong and courageous. Do not be afraid; do not be discouraged, for the Lord your God will be with you wherever you go.”
— Joshua 1:9

Camille McCall is an aspiring author who enjoys writing inspirational pieces, screenplays, and poetry. She obtained her BS in Mechanical Engineering in 2012 from Michigan State University and has since returned to pursue a graduate degree in Environmental Engineering. She is currently working on her first book eager to encourage women struggling with relationships, faith, and self-esteem through her own life experiences. Camille loves anything outdoors, but also appreciates curling up for a good movie, or gathering with friends for great outings and engaging discussions.

Running outside in January is, for me, a treat. I live in the Midwest where it is often too cold, too icy, too snowy, or too dark when I have time to run...

Podcasts
By Luci Shaw
Archive Dive: Luci Shaw on All Shall Be Well

This conversation with poet and writer Luci Shaw from July 2019 offers the kind of perspective and graciousness that can come only with a long life well-lived. Join us and listen in!

We know very little about Anna, the prophetess. Luke shares a few brief words about her life...

Blog
By Sara Scheunemann
Making Friends with the Saints

Each time I recite the Apostle’s Creed I affirm that I believe in the “communion of saints.” I have often connected these words with the Book of Hebrews’ “great cloud of witnesses” and imagined them cheering me on...