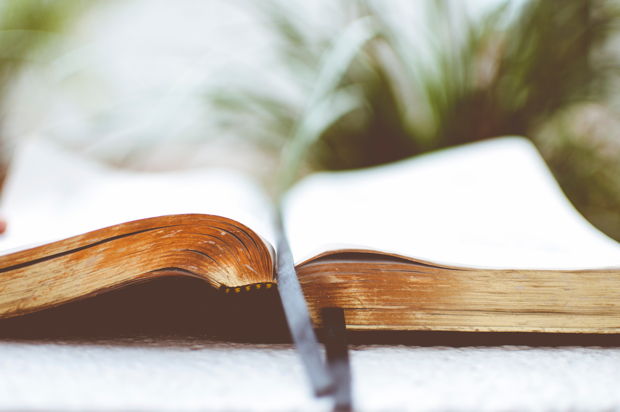 “If the Bible is true, shouldn’t it always be the same and not change with context? Shouldn’t it be obvious to everyone, everywhere, all the time?” This was the earnest question of a Stanford graduate student in our small group.

Shortly after, our large group meeting was packed for a dialogue between a local pastor and a Stanford religious studies professor about different interpretations of what the Bible says about the roles of men and women in relationships.

How do we reconcile the reality that God has chosen to reveal himself to us through written text with the fact that every text must be interpreted? On one hand, what makes Scripture special is the fact that the Bible has been read in so many different ways over the ages yet has stayed rich in meaning and has provided a revelation of God in Christ to each generation. But for many students I work with, this flexibility in Scripture is disturbing. How can we trust something that can change?

A Point of Fixed Meaning?

A lot of this worry stems from the work of the French philosopher Jacques Derrida who said that there is no transcendental fixed point of meaning from which all other things can derive their meaning (i.e., there is no God). Therefore, he claims that texts have no fixed meaning and can’t reference reality. The only thing that matters is the reader who interprets the text and gives it meaning.

Most of my STEM graduate students don’t believe in Derrida. Their work in the natural sciences makes it hard for them to ignore the fact that there is an objective reality and that they can use words and math equations to talk about it meaningfully. But they’re still able to have some pretty heated debates about what a passage of Scripture means, and they know the realities of having to choose how they live in the light of different readings of Scripture on issues of gender roles, sexuality, and more.

Derrida’s objection to meaning was one of power and of an understanding of God as inaccessible, uninterested in us, and essentially authoritarian. If this were true, I wouldn’t blame him for rejecting a god like this! But technically, he also observed that when someone writes a piece, the words are released out of the control of the writer. Derrida called the text “an orphan,” vulnerably released into the hands of a reader to interpret or misinterpret as he sees fit.

I suspect most (if not all) of us have experienced the truth of this in some way, when words are taken out of our mouths and from our pages and interpreted to mean things other than what we intended. As I reflect on these two things, I am struck by two realities about God and Scripture.

First, Derrida’s understanding of God was Western, but not Christian. If we accept that the texts of Scripture can reference real and true things, we see a God who is constantly reaching out to us in order to make himself known to us. As the theologian Robert Jenson says, the God of Israel whom we see in the Old Testament is “this lively, talkative God.” And of course, in Christ, this very communicative God ultimately takes on our form so that we can see him. This is not a disinterested or distant God.

Second, our God is a God who has indeed chosen to reveal himself through the orphan of written text. For some reason, God chose a form of communication that is vulnerable to the interpretation of the reader. We, as readers of the Bible, have choices when we come to Scripture. We can treat it as a plaything or we can use it to justify our actions, our doctrines, or our power structures. We can approach it with faith or we can approach it with skepticism. Through the form of text, God places himself into our hands to deal with as we see fit.

This is dramatically visible in the incarnation when Jesus placed himself into human hands and gave people the choice to follow him, worship him, crucify him, or deny him. Even in the power of his resurrection, Jesus entrusted himself to the testimony of women and quietly walked into a room full of frightened disciples.

In the texts of Scripture, Jesus places himself into our hands again. And so as contemporary readers of Scripture, we have some sober choices to make. Through Scripture, Jesus again gives us the choice to follow him, worship him, crucify him, or deny him. As readers approaching a text, we can choose to come with eyes of faith, or not. We can come to him knowing we’re right, or we can come to him ready to be challenged and corrected by him. Derrida lays bare our hermeneutics. And as fallen readers who might make mistaken choices and interpretations, he calls us to the same humility that we see Jesus demonstrate through these very texts.

There is no room for authoritarianism in our wielding of Scripture. Rather, in Scripture we see God’s authority — authority that comes from undeniable truth, his Son’s life laid down in vulnerability, and a deep respect for his own created people and their cultures.

As we come to Scripture and share with others about its unique divine inspiration, entire trustworthiness, and authority, let us keep before us Jesus’ cross-shaped authority that challenges the voices of authoritarianism we hear today.

Wendy serves on staff with the Stanford InterVarsity Graduate & Faculty Ministries. She comes from an international background having been born in Malaysia and grown up in Australia. After practicing law in Melbourne for ten years, she moved to Oxford in the UK where she studied apologetics and theology. She is married to Jared whom she met in the grad fellowship at Oxford and they now live in Palo Alto, California. In her spare time she rides horses, cooks delicious meals with Jared, and watches Star Trek episodes on Netflix.