Embracing the Heroine in Us: Learning from Michal 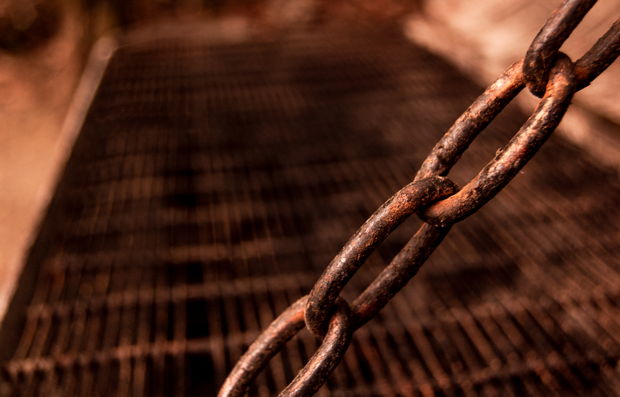 As a child, I remember reading a cookbook of my mom’s — being both horrified and amused because the woman writer felt that a husband was justified in smashing crockery if the meals his homemaker wife prepared for him were not palatable. This is of course an idealistic and extreme expectation of housewives in the past. You, on the other hand, most likely work outside the home, if married have your husband chip in with the cooking, and if with kids have eaten family meals in the car in mad rushes.

As women, to whom can we look to pattern our own walk with God? Michal, daughter of King Saul, first wife of King David, might be our unexpected model of a woman following God. We may have heard her described as a bad wife — a woman with a sharp tongue who is given a major set down by God, not worthy to imitate. But the Biblical record does not portray her as a shrew. Michal is shown as a real woman with strengths and weaknesses, whose sin is dealt with but to whom honor is still given. What might we have to learn by looking at her story?

We first see Michal as a young girl in love with the popular young army commander David who serves her father King Saul. Michal is said to "love" David, the Bible records (1 Sam 18:28), rather than just be "in love" with him. The new bride’s love is soon put to the test.

Soon after Michal’s wedding David is engaged in his peacetime occupation of playing soothing music for the king. Saul’s jealousies and insecurities get the better of him and he tries to kill David. David escapes and returns home. Michal notices palace thugs outside their home sent by her father to make sure David can’t leave his house (1 Sam 19:11-17). David is slow in recognizing that he is in imminent danger. Michal acts decisively, correctly discerning the king’s intention to kill him. Michal initiates and executes David’s escape. In the dead of night, Michal stealthily lets David out through a window so that he can get away. David is almost a bystander in this crisis; all the key decisions are made by Michal. We see her functioning as an equal partner in their marriage, trusted to make a crucial and complex decision.

Even after she has helped David get away, Michal does not succumb to self-pity or grief. She is busy with a plan to buy time for David, so that he can get further away from Saul. Confronted by an enraged father, Michal pretends that David would have killed her if she had not helped him escape. Michal's lies shield both her and David from the repercussions of an authoritarian ruler’s irrational rage.

In the only recorded instance where she has the power to choose her allegiance, she chooses to be loyal to her husband David over fidelity to her father. Michal is not looking out for number one. If she wanted to make a pragmatic choice, she would have chosen to side with the established and powerful Saul, rather than David, a fugitive on the run. The tone of the passage does not censure Michal for lying, for standing up to her father or going against the king’s wishes. Rather, Michal is depicted as a heroine. She is the brave and loyal wife, the woman instrumental in helping David escape, preserving his life so that he could be king of Israel as God intended.

With David on the run, Saul marries off Michal to another man, Paltiel. Saul is making a powerful political statement, signaling to all Israel that he no longer considers David his son-in-law. Michal has no choice in the matter. She is a pawn in a political power game.

Michal is remembered again only when David realizes the political importance of having her by his side after Saul has died and David has become king. The commander of the Saul family faction tries to make a deal with David. David says no deal unless he brings with him “Michal daughter of Saul.” He also demands from Saul’s son “give me my wife Michal” (2 Sam 3:12-16). So, Michal is returned to David by force after having lived with her second husband for about ten years. No one consults her as they shuffle her back and forth between husbands. If she lived today, she would be seeing therapists for years, but this is par for the course of Michal’s life.

We see Michal only once after she is returned to David. David is dancing before God in physical abandonment. Michal sees the festivities from her window and is consumed by thoughts of how undignified her husband the king looks. When David comes home joyfully after worship, Michal drips with sarcasm as she ticks him off for appearing vulgar and making a spectacle of himself before the servant girls. While David has been expressing himself in worship to God, without caring about his royal position, Michal has been preoccupied with thoughts that David’s behavior in worship was demeaning to his status. Clouded by her perception that his behavior was undignified, Michal fails to see David’s genuine worship of God. The narrative links this despising of David’s worship to Michal’s barrenness (2 Sam 6:16-23). The reason Michal misses out on being a mother is her failure to recognize David’s transparency and sincerity in worshipping God — not for mocking her husband. David does not criticize Michal for the way she talks to him. He only reiterates that his kingly position is given by God and that he will probably humiliate himself in worship several times over.

Michal seems to have to pay too heavy a price for one lapse. In this sense she is like Moses, who had to forego leading the Israelites to the Promised Land. Michal’s one attitude — despising her husband’s worship — results in childlessness. In Moses’ case we are quick to understand that even though his impatience cost him the privilege of leading the people the final step of the journey, it did not cancel out the years of good leadership before. Michal too is shown in this way, as a real woman with strengths and weaknesses, whose sin is dealt with but to whom honor is still given. Despite Michal not honoring David’s worship and her mockery of her husband the king, she is respected as the person whose initiative and assistance helped David escape from Saul and certain death.

How can we call out the best of Michal in us?

Michal’s last sarcastic recorded conversation with David has become the standard measure of her and she is therefore summarily dismissed. But God does not dismiss this complex woman and he does not dismiss us. He knows what we are like. Yet his intimate knowledge of us doesn’t lead him to write us off.

There are times when sin needs to be acknowledged and its consequences faced, but there are more times when we need to take off the internal and external labels of judgment and look at the person God has made and redeemed us to be, whom he delights in and calls good. We are the wife, mother, daughter, sister, friend, colleague, neighbor, and church member who, like Michal, initiates, takes risks for the sake of love, stands up to despots, defends and protects, and is loyal and brave.

The Scriptures do not write off heroes in the Bible because of their faults. They are shown to be real people with strengths and weaknesses. While we tie ourselves in knots trying to live up to a vague ideal, God sees us as his beloved daughters and yes, even sees the bit of heroine in each of us.

Blog
By the staff of Women in the Academy and Professions
Responding at The Well: Hurricanes Harvey and Irma

The staff at The Well offer some of the best resources we've come across to help respond to the hurricane crises of this season.

Blog
By Tish Harrison Warren
My Lord and Migraine

Since my early twenties, I’ve gotten migraines. It is hard for me to describe them without sounding dramatic. They are, in actuality, a little dramatic. And they have shaped me, my life, my family, and my view of God.

Blog
By Dorcas Cheng-Tozun
The Unexpected Cure for Resentment

I feel perpetually tired these days. Tired in my parenthood, tired of holding down the fort while my husband travels around the world for business, tired in the fledgling career I’m still trying to build. My best efforts keep getting poured out...